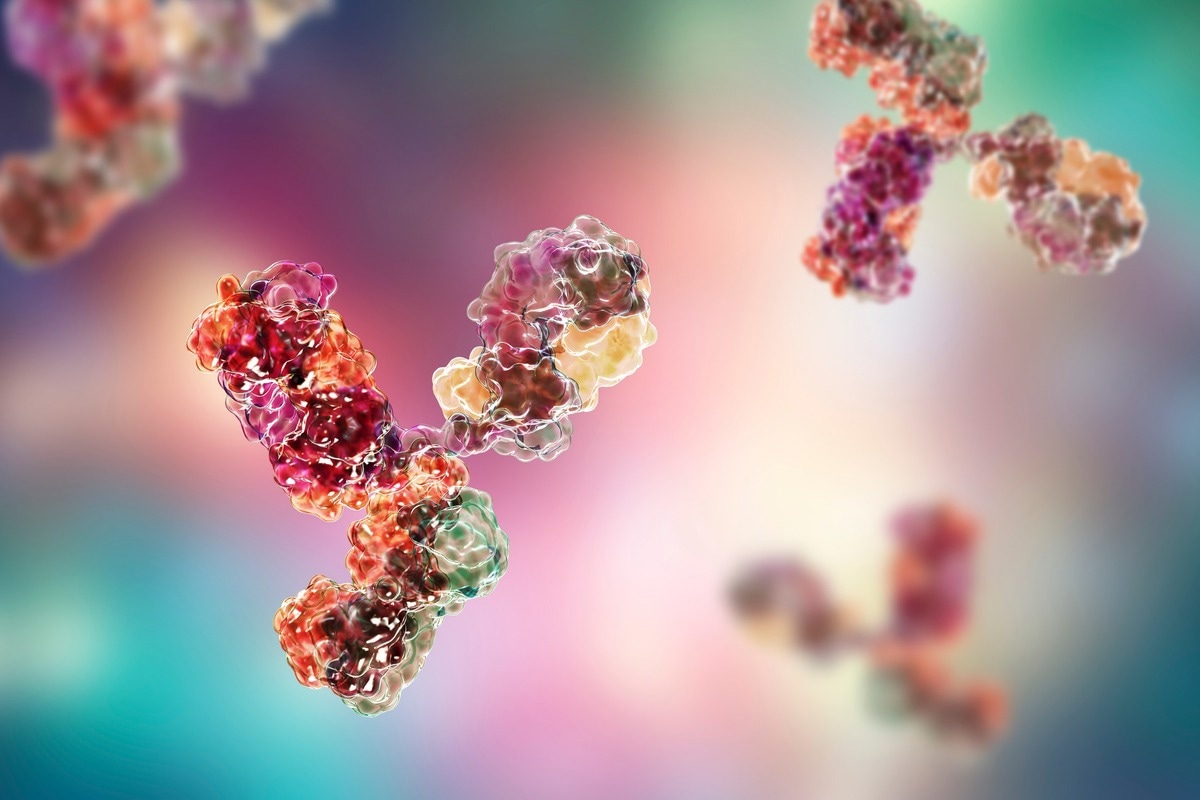 Comirnaty is an mRNA-based coronavirus disease 2019 (COVID-19) vaccine approved for human use in the United States and Europe. It has shown around 90% efficacy in preventing SARS-CoV-2 infections in clinical trials and real-world settings.

Studies have demonstrated that its first two doses induce the production of robust antigen-specific immune responses; however, these wane rapidly, decreasing its efficacy substantially. Compared to two doses, a booster shot induces a superior response against several SARS-CoV-2 variants of concern (VOCs) partially due to prolonged germinal center (GC) activation and ongoing B-cell maturation. In-depth sequencing studies have shown that these responses are persistent and last up to six months following vaccination.

The predominant immunoglobulin G (IgG) isotypes found in the vaccinated persons shortly after two doses of mRNA vaccination are IgG1 and IgG3, which are driven by T helper (Th) 1 cell. Conversely, IgG2 responses are rare, and IgG4 responses are almost undetectable. However, several months after the second vaccination, antibodies were increasingly composed of non-inflammatory IgG2, particularly IgG4. Notably, a third mRNA vaccination or a breakthrough SARS-CoV-2 infection further boosted the non-inflammatory IgG isotypes.

Studies have not comprehensively analyzed the longitudinal evolution of all four IgG isotypes (IgG1 to IgG4) in response to mRNA vaccination. Also, they have not elucidated this unusual vaccine response and IgG isotype switch and how it might affect subsequent SARS-CoV-2 infections in humans.

In the present study, researchers recruited 29 healthcare workers who had received a three-dose regimen of Comirnaty, with the first two doses at an interval of three to four weeks and a booster shot after seven months of the second vaccination.

They used a flow cytometry-based antibody assay to measure anti-spike IgG responses after 10 days of each vaccination and 210 days of the second vaccination. Further, the team assessed the neutralizing capacity of anti-spike IgG antibodies using a surrogate virus neutralization assay, which also indicated the dynamics of vaccine-induced antibody responses.

The authors observed an mRNA vaccine-driven expansion of memory B cells expressing IgG4. Shortly after the first two vaccine doses, there was a surge in antibody response that gradually declined within five to seven months. Although the magnitude of S-specific IgG antibodies was comparable at the peak after the second and third vaccine doses, their quality was not the same following booster vaccination.

SARS-CoV-2 mRNA vaccination-induced antibodies had a higher avidity and neutralizing capacity against Omicron. It was most likely due to prolonged periods of antibody maturation and diversification of the antibody repertoire. Several months after the vaccination, new S-reactive B cell clones continually emerged, as revealed by B cell sequencing approaches. Around half of the serum samples collected five to seven months after the second vaccination had IgG4, while all other isotypes declined. IgG4 levels sharply increased following the third vaccination and became detectable in almost all vaccinees. Conversely, IgG3 antibodies did not reach the levels observed after the second dose.

The appearance of IgG4 antibodies might result from consecutive events of class switch recombinase (CSR), and the maturation of IgG4 switched memory B cells. It is also highly likely that booster vaccination reactivated already present IgG4 memory B cells. The gene expression profile and somatic hypermutation frequencies of IgG1 and IgG4 clones indicated that both isotypes emerged parallelly, not in tandem. Nevertheless, the mRNA vaccine or the timing of the first two shots could be responsible for this effect.

Since the authors could not gather evidence for altered disease severity, which was mild in almost all the study cases; thus, future studies should address these aspects in larger cohorts with differential disease severities. The antibody-mediated phagocytic activity was reduced in sera after the third vaccination in sync with higher proportions of anti-S IgG4 antibodies. However, how these changes affect subsequent virus infections remains unclear.

More importantly, future studies should investigate the late appearance of mRNA vaccine-induced antiviral IgG4 antibody response. Studies should evaluate the precise underlying immunological mechanisms driving this response and how an IgG4-driven antibody response affects subsequent viral infections and booster vaccinations. It would prove quite relevant for new mRNA-based vaccine developments against other pathogens.