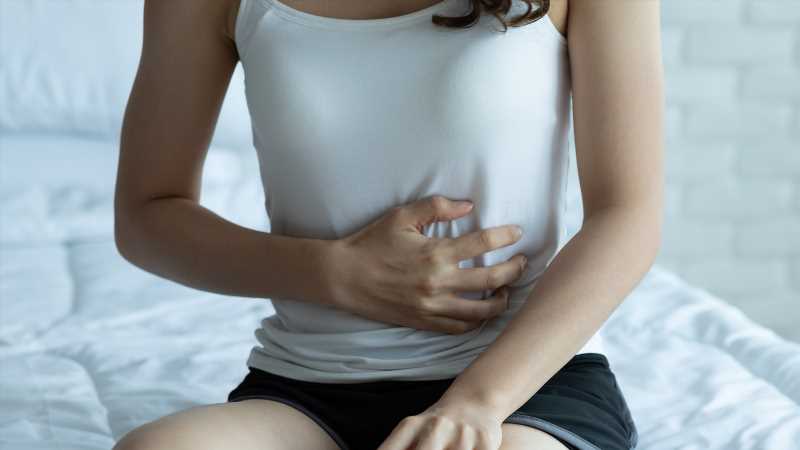 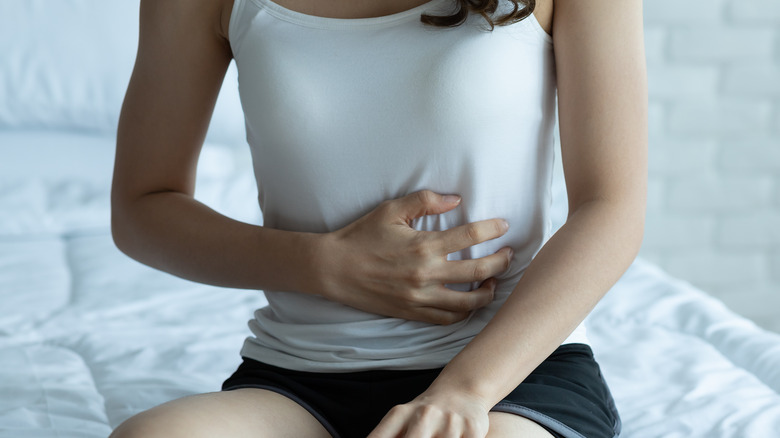 If you have pain when you urinate, or bladder or kidney pain anytime, it’s often a cause for concern (via Mayo Clinic). While a bladder infection is painful and annoying, you could end up with more severe problems if the infection spreads to your kidneys. Single Care reported that you get a urinary tract infection (UTI) if microorganisms from your body end up in your urinary system. Most commonly, Escherichia coli (E. coli) ends up causing the condition in the urethra, ureters, bladder, or kidneys. Occasionally, other bacteria cause the infection. If the infection travels to your kidneys, you have a rare risk of kidney disease or sepsis, which can be life-threatening.

However, if you feel bladder pain, it’s not always due to a UTI. Instead, it might be something called cystitis, according to Single Care. These two problems have some similar symptoms, but the treatment might be different. Read on to find out how to tell the difference between cystitis and a UTI.

Here are the symptoms of cystitis 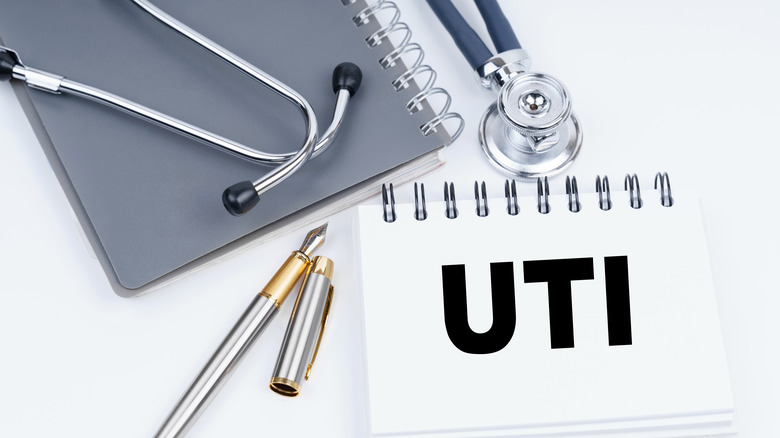 According to Single Care, Cystitis is inflammation of the bladder. Cystitis can be either acute — it could happen suddenly — or interstitial, which means it could be a long-lasting situation. Mayo Clinic reports that symptoms of cystitis include “a strong, persistent urge to urinate, burning sensation when urinating, passing frequent, small amounts of urine, blood in the urine (hematuria), passing cloudy or strong-smelling urine, pelvic discomfort, a feeling of pressure in the lower abdomen, and a low-grade fever.” Additionally, young children might experience new episodes of wetting. Some of these symptoms overlap with those of a UTI, and pain in the lower back or sides (kidney), fever/chills, incontinence, and vomiting are additional signs that do not overlap with cystitis symptoms.

Single Care reported that bacteria, sexually transmitted infections, or Trichomonas (a type of parasite) could cause a UTI. However, cystitis has various possible causes, including bacteria, chemicals from feminine hygiene products, kidney stones, diabetes, radiation, chemotherapy, and medication, use of a urinary catheter, blockage of the urethra or bladder, or pregnancy. Therefore, the diagnosis and treatment for cystitis are somewhat different than those used for UTIs, even though there’s plenty of overlap. 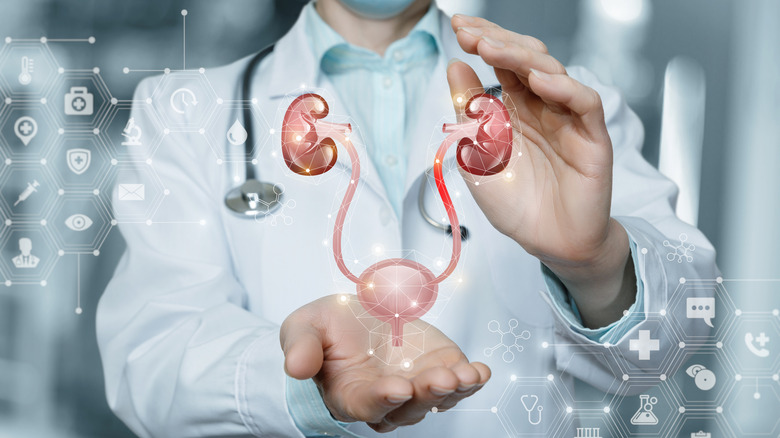 To diagnose cystitis, your doctor will do a urinalysis to examine your urine for bacteria (via Single Care). A cystoscopy, which involves a long tube with a camera that looks at your urinary tract, or imaging might also help the doctor make the diagnosis of cystitis. The diagnostic process for a UTI may be similar, but it also includes a urine culture.

If you have unresolved cystitis, be sure you drink plenty of water, avoid caffeine, and don’t hold your urine. If it persists, you should contact your doctor for more advice. Often medications like Ibuprofen, Acetaminophen, and a wide variety of antibiotics treat cystitis that doesn’t resolve at home. Doctors often use similar measures to treat a UTI, but there are additional antibiotics they might try. According to Mayo Clinic, if your symptoms return after a course of antibiotics, be sure to let your doctor know, because you may need treatment with a different medication.