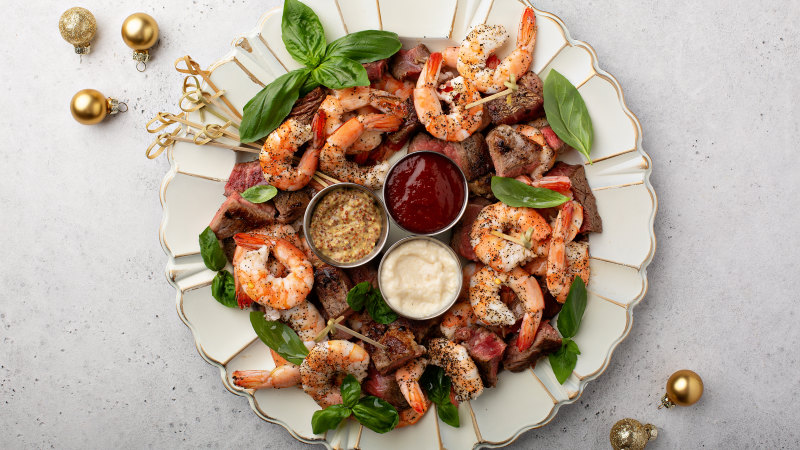 Eating shepherd’s pie doesn’t sound risky, yet after a meal at a British pub 31 people became ill and one 92-year-old died – all because the beef mince in the dish was undercooked. The case resulted in a suspended jail sentence for the chef earlier this month – and it busts two common myths about food safety. One is that you can tell if riskier foods like poultry and mince are thoroughly cooked when their juices run clear; the other is that food poisoning is no big deal, just a bit of gastro.

There’s only one way to know if poultry, minced meat or sausages are cooked to the correct temperature of 75 degrees Celsius: use a meat thermometer, says Lydia Buchtmann of the Food Safety Information Council. 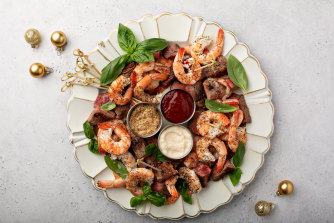 Avoid the “temperature danger zone” – between 5°C and 60°C – where food poisoning bugs can grow to unsafe levels. Credit:iStock

“As for food poisoning being mild, it might be OK if you’re reasonably healthy but for people who are vulnerable it can be serious. This is the time of the year when we’re cooking for extended families and groups of friends, so it’s not uncommon to have someone there who’s at higher risk because they’re elderly, pregnant, having chemo or have diabetes, for instance.”

“Summer is especially risky because we’re cooking for larger numbers than usual. We’re often under pressure and so is the fridge – an overcrowded fridge will struggle to keep food cool if there’s no room for cool air to circulate around it or if it’s being opened and closed more often,” she points out. “Besides a meat thermometer, everyone needs a fridge thermometer and to check it regularly to make sure the temperature stays between 4 and 5 degrees.”

No one wants to be the host whose guests are throwing up the next day (or worse), so here’s some advice from the Food Safety Information Council.

It’s great if friends bring dishes to share but … not if perishables are sweltering in a hot car on the way. Ask anyone who’s travelling for more than an hour to bring foods like cake or Christmas pudding that don’t need to be kept very hot or very cold. If they’re less than an hour away, they can bring hot food in an insulated bag (reheat to 75 degrees before serving) or bring refrigerated foods like salads and desserts packed in a cooler straight from the fridge just before leaving. Put frozen bricks or gel packs around the food. Any raw meat, poultry or seafood should be packed in an airtight container at the bottom of the cooler.

Make it easy for everyone working in the kitchen to wash their hands. Have plenty of soap and clean towels or paper towels available.

Keep drinks out of the fridge. Storing drinks in a tub of ice or cooler instead reduces the need to keep opening the fridge, which risks lowering the temperature. You can also remove foods that aren’t potentially hazardous such as jams, pickles and vinegar-based dressings.

Don’t leave prawns – or any other cooked food – lingering on the barbecue or table. When you’re feeding a crowd, it’s easy to lose track of how long food has sat out, but to reduce the risk of food poisoning, it’s best not to leave food out of the fridge for more than two hours – and discard it if it’s been out for more than four hours. The bottom line with food safety is that hot food should be kept very hot – at 60 degrees or hotter, while cold food needs to be kept very cold at 5 degrees. The temperature in between 5 and 60 degrees is the “temperature danger zone” where food poisoning bugs can grow to unsafe levels.

Even some plant food can be unsafe if left out too long. When pasta or rice are cooked and start to cool, they can be contaminated by toxins produced by bacteria called bacillus cereus. These toxins are heat-resistant – reheating won’t destroy them.

There’s no need to put all the food out at once. Putting smaller amounts on serving dishes and replenishing them as needed means food is less likely to be left out too long. 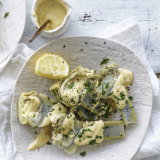 Dishes with hollandaise sauce and other recipes involving raw egg should be served with caution.Credit:William Meppem

Be super-cautious with raw egg. Dishes made with raw eggs such as uncooked sauces and dressings – hollandaise, fresh mayo and aioli, for example – can be risky because raw eggs may contain salmonella. They shouldn’t be given to people at high risk from food poisoning such as small children, pregnant women, the elderly or anyone with a compromised immune system. If you do make uncooked dishes with raw egg, prepare them just before eating and if you need to store them, refrigerate immediately at 5 degrees or below.

If you can’t use leftovers pronto, freeze them for later. Otherwise keep in the fridge and eat within two to three days.