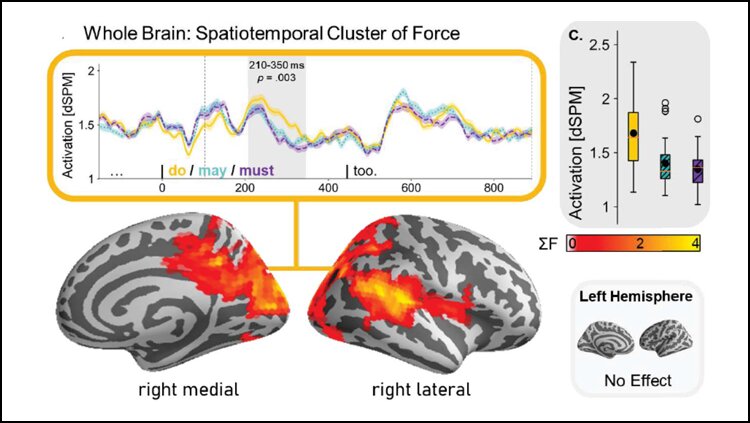 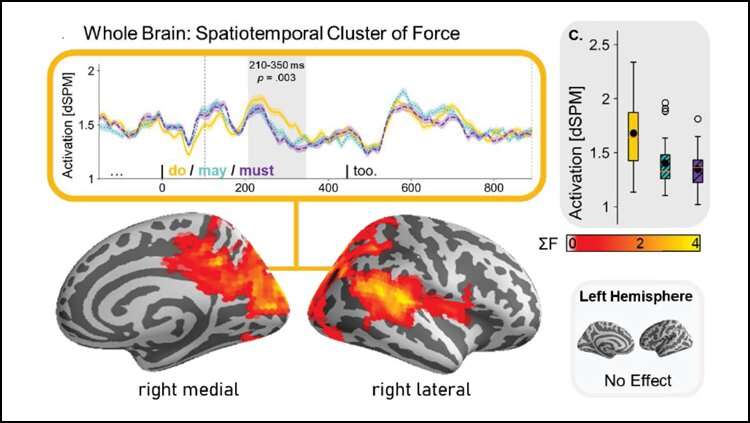 Our brains respond to language expressing facts differently than they do to words conveying possibility, a team of neuroscientists has found. Its work offers new insights into the impact word choice has on how we make distinctions between what’s real vs. what’s merely possible.

“At a time of voluminous fake news and disinformation, it is more important than ever to separate the factual from the possible or merely speculative in how we communicate,” explains Liina Pylkkanen, a professor in NYU’s Department of Linguistics and Department of Psychology and the senior author of the paper, which appears in the journal eNeuro.

“Our study makes clear that information presented as fact evokes special responses in our brains, distinct from when we process the same content with clear markers of uncertainty, like ‘may’ or ‘might’,” adds Pylkkanen, also part of the NYU Abu Dhabi Institute.

“Language is a powerful device to effectively transmit information, and the way in which information is presented has direct consequences for how our brains process it,” adds Maxime Tulling, a doctoral candidate in NYU’s Department of Linguistics and the paper’s lead author. “Our brains seem to be particularly sensitive to information that is presented as fact, underlining the power of factual language.”

Researchers have long understood that the brain responds in a variety of ways to word choice. Less clear, however, are the distinctions it makes in processing language expressing fact compared to that expressing possibility. In the eNeuro study, the scientists’ primary goal was to uncover how the brain computes possibilities as conveyed by so-called “modal” words such as “may” or “might”—as in, “There is a monster under my bed” as opposed to, “There might be a monster under my bed.”

To explore this, the researchers used formal semantic theories in linguistics to design multiple experiments in which subjects heard a series of sentences and scenarios expressed as both fact and possibility—for example, “Knights carry large swords, so the squires do too” (factual) and “If knights carry large swords, the squires do too” (possible).

In order to measure the study subjects’ brain activity during these experiments, the researchers deployed magnetoencephalography (MEG), a technique that maps neural activity by recording magnetic fields generated by the electrical currents produced by our brain.

The results showed that factual language led to a rapid increase in neural activity, with the brain responding more powerfully and showing more engagement with fact-based phrases and scenarios compared to those communicating possibility.

“Facts rule when it comes to the brain,” observes Pylkkanen. “Brain regions involved in processing discourse rapidly differentiated facts from possibilities, responding much more robustly to factual statements than to non-factual ones. These findings suggest that the human brain has a powerful, perspective-adjusted neural representation of factual information and, interestingly, much weaker, more elusive cortical signals reflecting the computation of mere possibilities.”