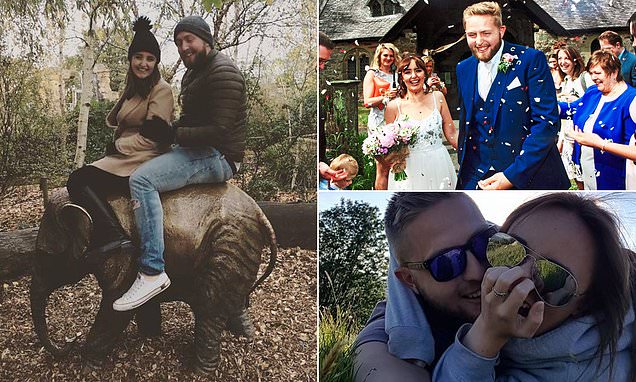 How do you cope while grieving for the living? When Tim married Primrose he already knew she was dying from terminal cancer

Hand-in-hand as confetti rains down, a happy young couple stride out of a church together as husband and wife – and into a future they hope will be filled with enduring love and the joys of parenthood.

But, although you would never guess it from their beaming smiles, by the time Tim and Primrose Isterling posed for this picture at their wedding in May 2017, they already knew their dreams would never come true.

Just three months after they met in 2016, Primrose, then 24, began to suffer excruciating abdominal pains which doctors diagnosed as a grumbling appendix.

Prim, as she was known to family and friends, needed an operation. But she was expected to make a full recovery. 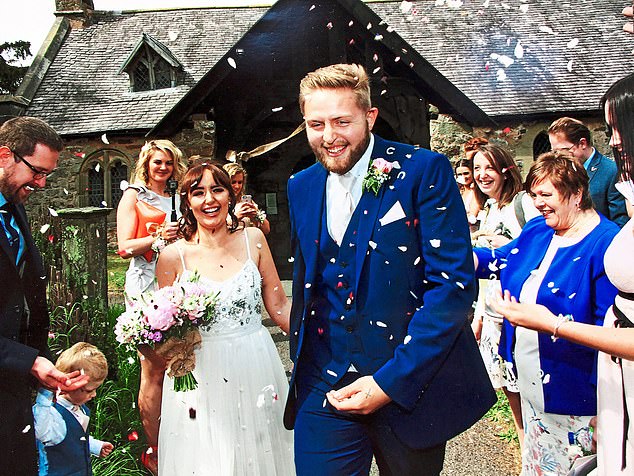 By the time Tim and Primrose Isterling posed for this picture at their wedding in May 2017, they already knew their dreams of parenthood together would not come true

To their horror, surgeons discovered the real cause of her pain was advanced bowel cancer which had already spread to her other major organs. At best, they reckoned, she had two years to live.

Tim, 27, from Mansfield, Nottinghamshire, recalls: ‘Getting the diagnosis was horrendous, but not once did Prim feel sorry for herself. This was why I loved her so much. In the face of the worst possible news, she just radiated positivity.

‘There was never a shadow of a doubt in my mind that we were meant to be together, whether it was for a few weeks, months or an entire lifetime.’

But while Prim’s needs and health were the priority, Tim had to come to terms with the fact that, having only just found the love of his life, he would soon lose her.

It is, undeniably, an agonising situation – and one faced, sadly, by thousands of British couples every year. Yet experts warn that, all too often, the partners of those suffering from a serious illness often neglect their own health – feeling the need to ‘stay strong’ and be supportive.

So just how can a partner cope, in such difficult circumstances, and is there anything that can be done to prepare for the worst?

As soon as Prim was given her diagnosis, the couple sat down and started to make a list of all the things Prim wanted to do.

And then they set about doing it all: going skiing with friends, sailing on the famous Gypsy Moth round-the-world yacht and getting a border collie called Belle, as they knew Prim would never become a mother.

Yet privately, Tim battled an overwhelming sense of loss. ‘It was like I had already started grieving,’ he remembers. 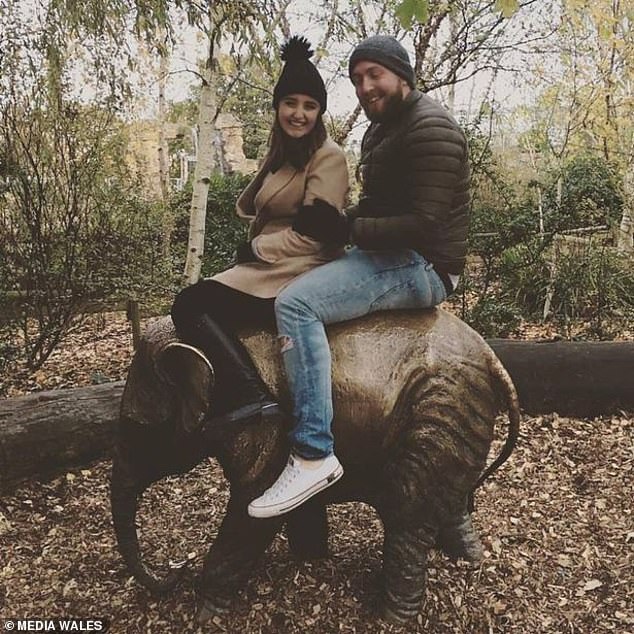 As soon as Prim was given her diagnosis, the couple sat down and started to make a list of all the things Prim wanted to do

This phenomenon – mourning the loss of someone who is terminally ill but still alive – is what psychologists call anticipatory grief. It can persist for months or even years, depending on diagnosis, and can take an exhausting mental and physical toll on those who suffer it.

A recent, small Portuguese study looked at the psychological impact of anticipatory grief among those caring for someone with terminal cancer.

It found more than two-thirds had depression or anxiety and half suffered physical symptoms such as joint or muscle pain, gut problems and loss of libido.

Jessica Mitchell, a London-based psychotherapist specialising in bereavement counselling, says: ‘Anticipatory grief can be very difficult, because if someone you love has limited time, you want to be happy around them and living life to the full. But the grieving process kicks in instantly because you start to mourn.

‘It’s very important that partners do not give up on their own life, by seeing friends, having an occasional night out, or even getting away on their own for a while.’

Tim’s experience is all too familiar to Steve Bland, husband of BBC presenter Rachel Bland, who died of breast cancer at the age of 40 last September, when their son Freddie was about to turn three.

He says that speaking about difficult subjects and making plans made him feel he had a degree of control over the whole process.

‘A lot of it was driven by Rachel – she was more worried about Freddie and me than about dying.

‘We began to talk very openly about the future, so much so that she even designated responsibility for keeping Freddie’s hair in a certain way to my sister.

‘That kind of preparation, however small or detailed, really does provide a crumb of comfort about life without your partner.

‘We went on holiday to Minorca and St Tropez, even when we should probably have been saving money.

‘But we had to do it while Rachel was still well enough. I read somewhere the other day that terminal cancer is like someone permanently holding a gun to the back of your head but you’re never quite sure when the trigger will be pulled. So I would rather have a few pounds owing on my credit card than not have those priceless memories.’ 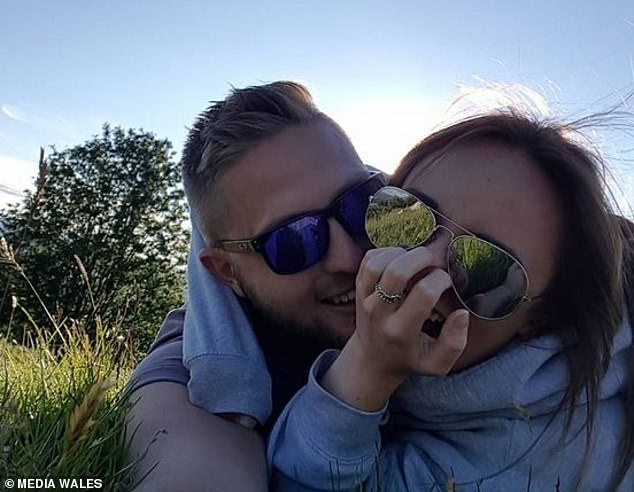 They set about doing it all: going skiing with friends, sailing on the famous Gypsy Moth round-the-world yacht and getting a border collie called Belle, as they knew Prim would never become a mother

‘Spend time doing ordinary stuff that will become special memories, like having coffee and cake outside in the garden, even if it means getting wrapped in blankets.

‘It’s important to feel like a person and, perhaps, part of a couple or family, during the end of life.’

Standard advice in such situations involves getting financial affairs in order, and discussing funeral plans. But Collins advises going beyond that. ‘So much of our lives are now online, or stored on a hard drive, that much of it can be lost or inaccessible when a loved one dies.

‘Just knowing passwords to computers and online accounts where treasured memories like photos are stored can be so comforting.’

And, she says, nominate a family member or close friend, to send out updates and messages on your behalf so that you can focus on your partner or loved one.

Both Tim and Steve know that nothing really prepares you for the full impact of losing a partner. Tim plans to run this year’s London Marathon, on April 28, in memory of Prim and to raise funds for CLIC Sargent, the charity for children and young people with cancer, which provided valuable financial support and advice during Prim’s final months.

It was just seven months after the couple married and the day before they were due to move into the house they had bought.

‘I had spent months getting it exactly how she wanted,’ says Tim. ‘I wanted to make it right for her because she was the most magical, special person I’ve ever met.’