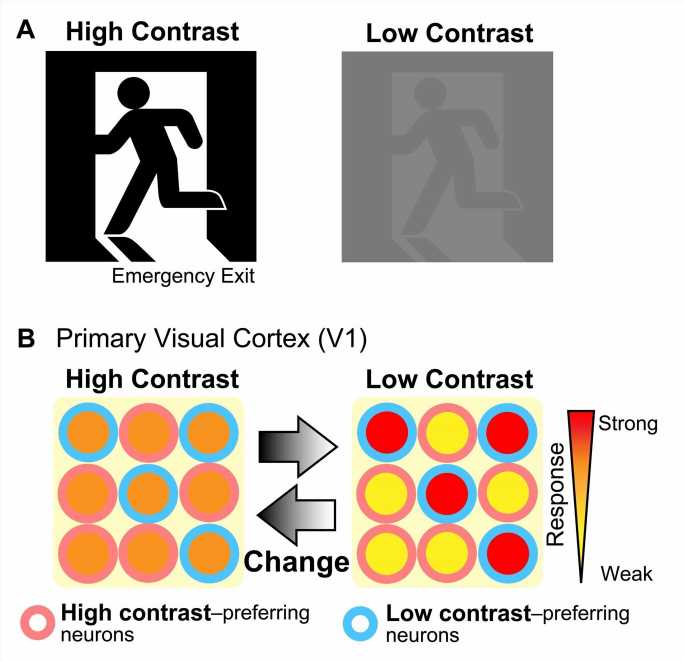 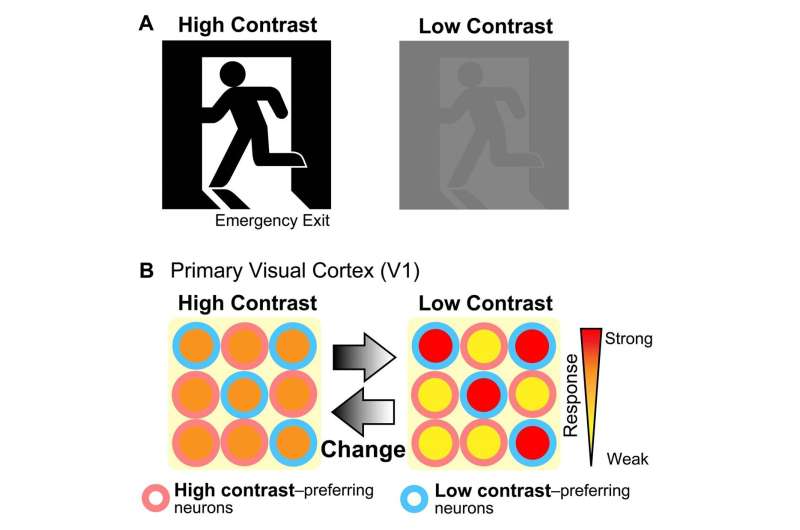 Researchers from NIPS explored the brain neuronal mechanism that allows the perception of familiar images even if they are indistinct. They found that the number of neurons responding to low-contrast rather than high-contrast visual stimuli increased in rats performing a visual orientation discrimination task after repeated experiences. These neurons showed stronger activities in correct-choice than incorrect-choice trials. These neurons efficiently represented low-contrast stimulations. Thus, the low-contrast preference in V1 activity may contribute to improved low-contrast visual discrimination.

The appearance of objects can often change. For example, in dim evenings or fog, the contrast of the objects decreases, making it difficult to distinguish them. However, after repeatedly encountering specific objects, the brain can identify them even if they become indistinct. The exact mechanism contributing to the perception of low-contrast familiar objects remains unknown.

In the primary visual cortex (V1), the area of the cerebral cortex dedicated to processing basic visual information, the visual responses have been considered to reflect directly the strength of external inputs. Thus, high-contrast visual stimuli elicit strong responses and vice versa.

In this study, Rie Kimura and Yumiko Yoshimura found that in rats, the number of V1 neurons preferentially responding to low-contrast stimuli increases after repeated experiences. In these neurons, low-contrast visual stimuli elicit stronger responses, and high-contrast stimuli elicit weaker responses. These low contrast–preferring neurons show a more evident activity when rats correctly perceive a low-contrast familiar object. It was first reported in Science Advances that low-contrast preference in V1 is strengthened in an experience-dependent manner to represent low-contrast visual information well. This mechanism may contribute to the perception of familiar objects, even when they are indistinct.