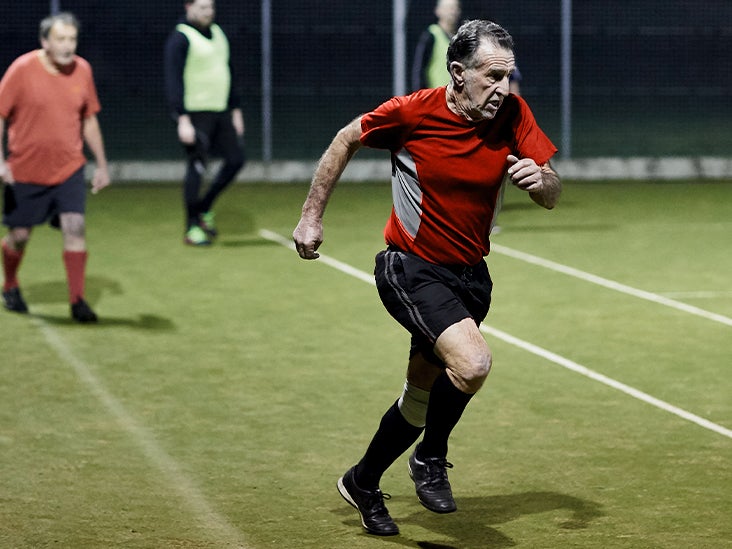 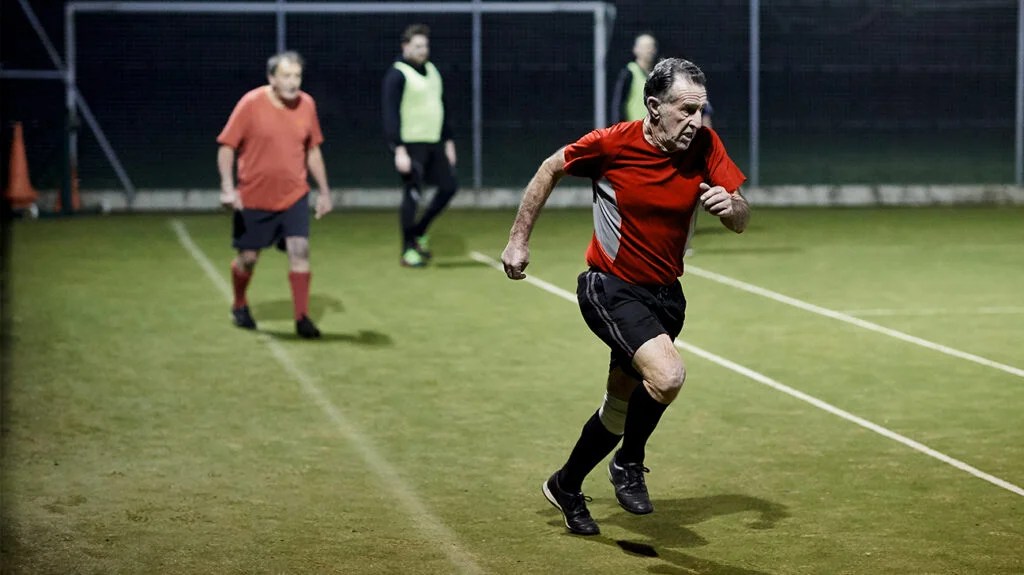 Skeletal muscle fibers release proteins called myokines in the blood during physical activity. Preclinical studies suggest that these myokines can suppress the growth of tumor cells.

Previous research has shown that serum from advanced prostate cancer patients who followed a supervised high-intensity exercise program (HIIT) for 6 months showed elevated myokine levels and a greater ability to suppress the growth of tumor cells.

In other words, a single bout of exercise further enhanced the already existing anticancer effects of serum due to exercise training in these advanced prostate cancer patients.

The study’s co-author Dr. Stacey A. Kenfield, associate professor of urology at UCSF, pointed out the importance of these findings:

“This study is the first to examine skeletal muscle-secreted molecules (myokines) in patients with metastatic castrate-resistant prostate cancer (mCRPC).This work supports an acute myokine response to exercise in patients with advanced cancer and that the serum of these patients after acute exercise has a growth-suppressive effect.”

“One of the implications of the study is that all people with cancer should try to complete a bout of high intensity exercise most if not every day of the week to dose their body with the anticancer factors produced by their skeletal muscles,” he told us.

Testosterone and other androgens are necessary for sustaining the healthy functioning of the prostate gland. In addition, most prostate cancers depend on androgens and androgen receptors for their growth.

As a result, androgen deprivation therapy, involving drugs or surgery to reduce the synthesis of androgens, is used as a treatment for advanced prostate cancer.

Recent studies suggest that physical exercise can help improve the quality of life and physical function of cancer patients. In addition, epidemiological studies have linked physical exercise to a lower risk of disease progression and longer survival after a prostate cancer diagnosis.

Physical exercise can modulate the circulating levels of growth factors, hormones, and cytokines, a class of proteins that can modulate inflammation levels, that are involved in sustaining the growth of cancer cells.

Consistent with this, studies have shown that serum collected immediately after a bout of exercise from patients with breast or colon cancer can inhibit the proliferation of cultured cancer cells.

How myokines can suppress tumors

These molecules that can suppress cancer cell growth include myokines, which are cytokines and other proteins secreted by the skeletal muscle fibers during physical activity.

Myokines help muscles communicate with other organs and are known to have a beneficial impact on metabolism. There are several different types of myokines, including oncostatin M (OSM), secreted protein acidic risk in cysteine (SPARC), irisin, IL6, and IL5. The types of myokines released vary depending on the type, duration, and intensity of exercise.

However, cancer patients tend to show a decline in muscle mass and other physiological alterations due to the disease itself, as well as treatments such as chemotherapy.

Thus, it is important to determine whether physical exercise results in elevated serum myokine levels and increased tumor suppressive effects of serum in CRPC patients undergoing androgen deprivation therapy, similar to that observed in healthy individuals.

The study’s authors had previously shown that serum samples collected at rest from metastatic CRPC patients after 6 months of high-intensity aerobic and resistance training showed elevated levels of serum myokines.

The serum collected from these patients also showed an increase in the ability to suppress the proliferation of a prostate cancer cell line, DU-145, that does not require androgens for growth.

In other words, the study showed that serum collected from exercise-trained advanced CRPC at rest had elevated myokine levels and a higher ability to suppress tumor cell growth.

In the present study, the researchers examined whether a single bout of high-intensity interval exercise by trained CRPC patients with metastatic disease led to a further elevation of serum myokine levels and tumor suppressive effects.

The study included nine patients with advanced CRPC whose tumors had metastasized and were undergoing anti-androgen therapy. These patients were following a supervised high-intensity exercise program for at least 12 weeks.

On the day of the study, the participants engaged in a 34-minute HIIT session involving aerobic exercise. The researchers obtained blood samples from the participants two hours before, immediately after, and then 30 minutes after the exercise session.

In contrast to their previous study, the present study shows that a single bout of high-intensity interval aerobic exercise led to a further increase in serum myokine levels and additional tumor suppressive effects in exercise-trained metastatic CRPC patients.

Should all prostate cancer patients do HIIT?

The study authors noted that these findings are preliminary and further research is needed.

Dr. Murugesan Manoharan, chief of urologic oncologic surgery with Miami Cancer Institute, part of Baptist Health South Florida, not involved in the research cautioned that “[t]here is an indication that high-intensity aerobic exercises may stimulate myokine response and tumor growth suppression, which can be useful in metastatic prostate cancer,” but that “no clinically significant conclusion can be made from this small study, and it certainly cannot be recommended in the routine clinical management of metastatic prostate cancer.”

“[H]igh intensity aerobic exercises may not be suitable for all metastatic prostate cancer patients. Many of these patients are weak and may have bone spread. Excessive exercise may lead to significant side effects like bone fractures, dehydration, and renal failure.”
— Dr. Murugesan Manoharan

The researchers noted that further research is needed to identify the volume, intensity, and type of exercise that are optimal for metastatic CRPC patients.

“The study tested one mode and one dose in exercise-trained metastatic cancer patients. Further research is required to study the threshold exercise intensity, volume, and mode, and any interactions between these exercise-induced myokines and prostate cancer treatments,” Dr. Kenfield said.

“Ideally, each individual patient should be assessed by an exercise professional such as an accredited exercise physiologist, and then a tailored exercise prescription developed to target the health issues which are causing the greatest illness, morbidity, and mortality risk.”
— Prof. Rob Newton

“For example, if the patient has sarcopenia (low muscle mass), then this really needs to be a priority, and a well-designed resistance training program to stimulate muscle growth should be implemented. Nutritional support is also important, and the involvement of a dietician in the team management of the patient would be beneficial,” added Prof. Newton.

Similarly, Dr. June Chan, professor of epidemiology and biostatistics at UCSF, not involved in the study, noted: “Recently, the American Cancer Society recommended that cancer survivors access nutritional and exercise consultations/ support after diagnosis, to understand better how such health habits can maximize their survival.”

“We hope that studies like this and others help raise awareness for the need for insurance coverage for diet and exercise counseling services for cancer survivors,” added Dr. Chan.