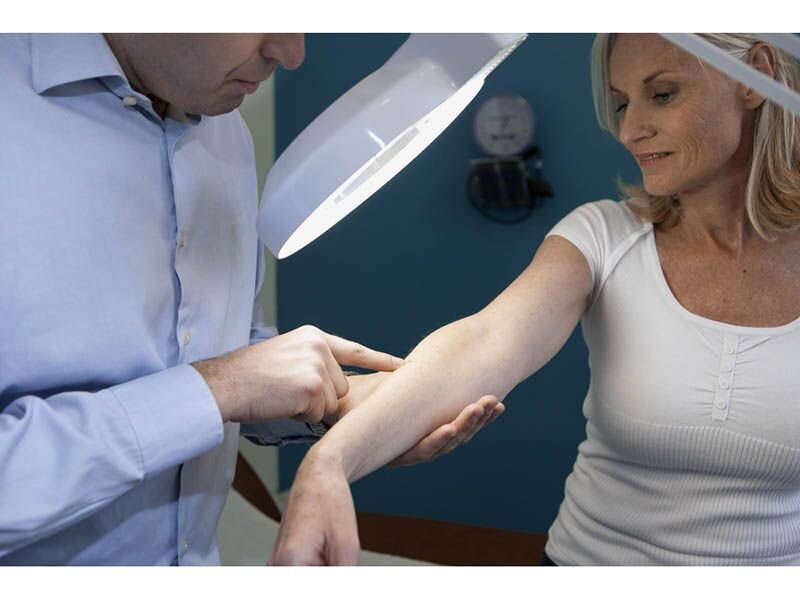 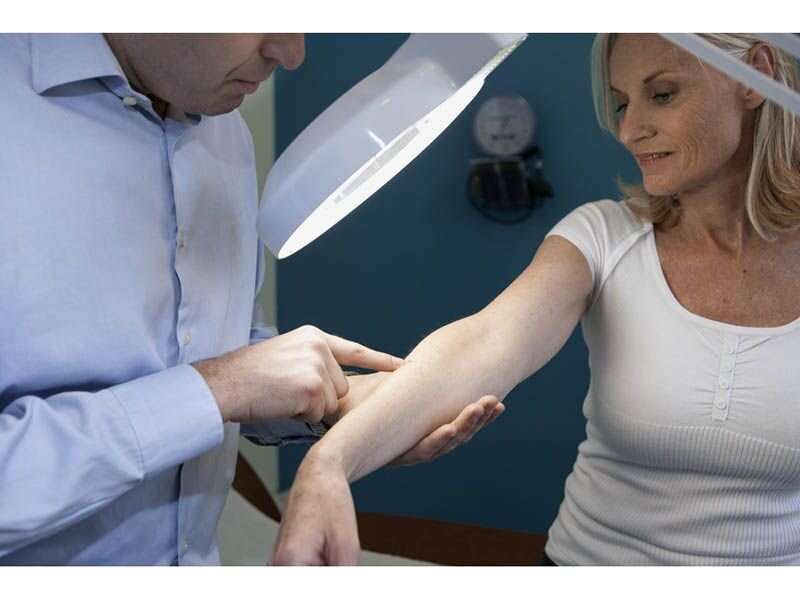 (HealthDay)—A structured surveillance program for high-risk melanoma patients can be scaled and successfully replicated even in a primary care skin cancer clinic, according to a study published online March 17 in JAMA Dermatology.

Pascale Guitera, M.D., Ph.D., from the Melanoma Institute Australia at the University of Sydney, and colleagues examined the longer-term sustainability and expansion of a melanoma surveillance program for high-risk patients (full-body examinations every six months aided by total-body photography [TBP] and sequential digital dermoscopy imaging) to numerous practices, including a primary care skin cancer clinic setting. The analysis included 593 patients assessed from 2012 to 2018 at three dermatology clinics and one primary care skin cancer clinic.

The researchers found 1,513 lesions were excised during follow-up, including 171 primary melanomas, and excision ratios were similar across the four centers. In the first two years, the risk for developing a new melanoma was 9 percent annually, which increased with time, particularly for those with multiple primary melanomas. The seven thicker melanomas (>1 mm Breslow thickness; 4.1 percent of melanomas) were mostly desmoplastic or nodular (four of seven), self-detected (two of seven), or clinician detected without the aid of TBP (three of seven). New melanomas (171) were most likely to be detected by a clinician with the aid of TBP (31.6 percent) followed by digital dermoscopy monitoring (29.2 percent).

“The findings of this cohort study suggest that the structured surveillance program may be implemented on a larger scale, including at primary care skin cancer clinics, with consistent and sustainable benefits observed,” the authors write.