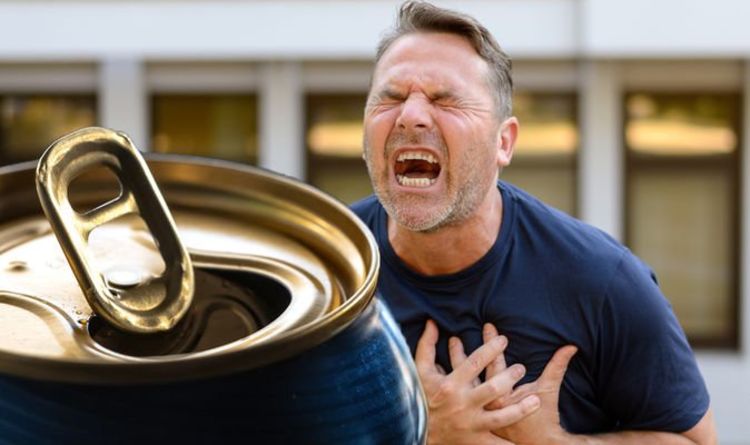 Heart attacks happen when the supply of blood to the heart is suddenly blocked, usually by a blood clot. Blood clots can form when the vessels transporting blood to your heart become clogged up with fatty substances called cholesterol. This process is called heart heart disease, which is the leading cause of heart attacks in the UK and worldwide.

Certain foods and drinks have been shown to increase the levels of cholesterol in your blood, triggering mechanisms that may lead to a heart attack.

According to a study published in Journal of the American Heart Association, one of the worst culprits is fizzy drinks.

The study found that just one fizzy drink a day in middle-age sends your cholesterol levels soaring, increasing the risk of clots that cut off blood supply to the heart or brain.

In addition to raising harmful levels of cholesterol in the blood, the study of of almost 6,000 over 40 found that regular consumers were twice as prone to low levels of good HDL (high-density lipoprotein) cholesterol. 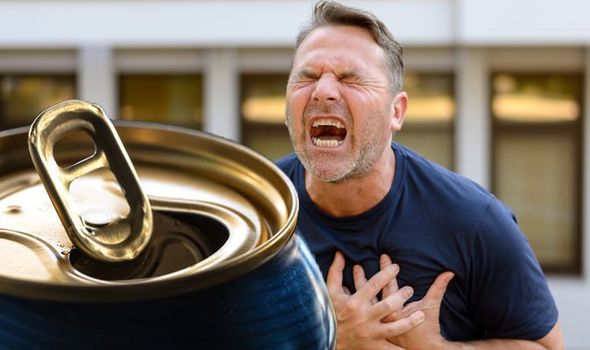 Why is this worrying? Cholesterol comes in two forms: LDL and HDL cholesterol, and the former is dubbed the “bad” cholesterol because it clogs up your arteries.

HDL cholesterol, on the other hand, is branded the “good” cholesterol because it removes other forms of cholesterol from your bloodstream, reducing your risk of heart disease.

Fizzy drink enthusiasts were also 53 per cent more likely to have large amounts of another bad fat called triglycerides that collects in vessels and arteries.

This stood in comparison to those who rarely touched sugary soda, juice or energy drinks.

DON’T MISS
Best hair supplements: The essential oil proven to stimulate hair growth – try this [TIPS]
How to get rid of visceral fat: Why this popular food may reduce the dangerous belly fat [TIPS]
How to live longer: The surprising drink which could be the secret to long life expectancy [TIPS]

Commenting on the findings, McKeown, a nutritionist at Tufts University in the US, said: “The results suggest high intake of drinks with added sugar, such as soda, lemonade or fruit punch, may influence risk for dyslipidemia as we age.

“One dietary strategy to help maintain healthier blood cholesterol and triglyceride levels may be to avoid drinks with added sugars.”

How did the researchers arrive at these findings?

The team of researchers analysed data from more than 5,900 middle-aged and older US residents who were tracked for about 12 years.

The data was pulled from the Framingham Heart Study, which has monitored multiple generations living in the Massachusetts town to identify contributors to cardiovascular disease. 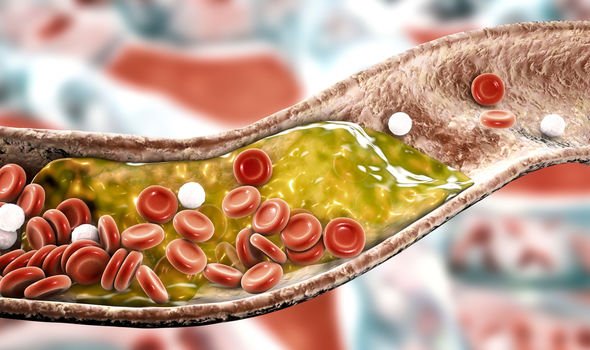 High consumption of sugary beverages was linked to good HDL cholesterol and triglyceride levels that, measured every four years, were “moving in the wrong direction.”

This remained the case even for the youngest participants who were still in their 40s, said first author Dr Danielle Haslam who is based in the same lab.

She said: “With these younger participants, we did see unfavourable changes, but they were likely too young during the short follow-up period to know if they would eventually develop dyslipidemia.”

Dyslipidemia is the term for unbalanced or unhealthy cholesterol levels in your blood. 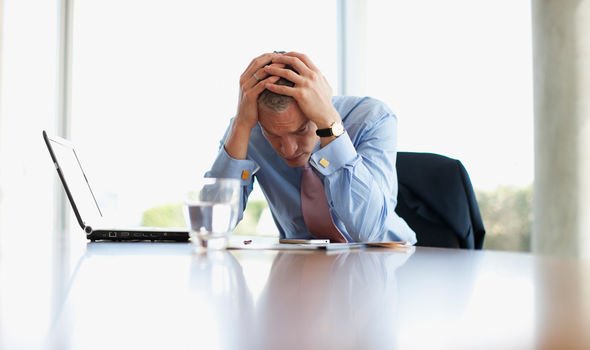 In her concluding remarks, Dr Haslam said: ”Our findings contribute to the mounting evidence that sugary drinks should be avoided to help maintain long-term health.”

What are the main warning signs of a heart attack?

According to the NHS, symptoms of a heart attack can include:

“Although the chest pain is often severe, some people may only experience minor pain, similar to indigestion,” explains the health body.

It adds: “It’s the overall pattern of symptoms that helps to determine whether you are having a heart attack.”