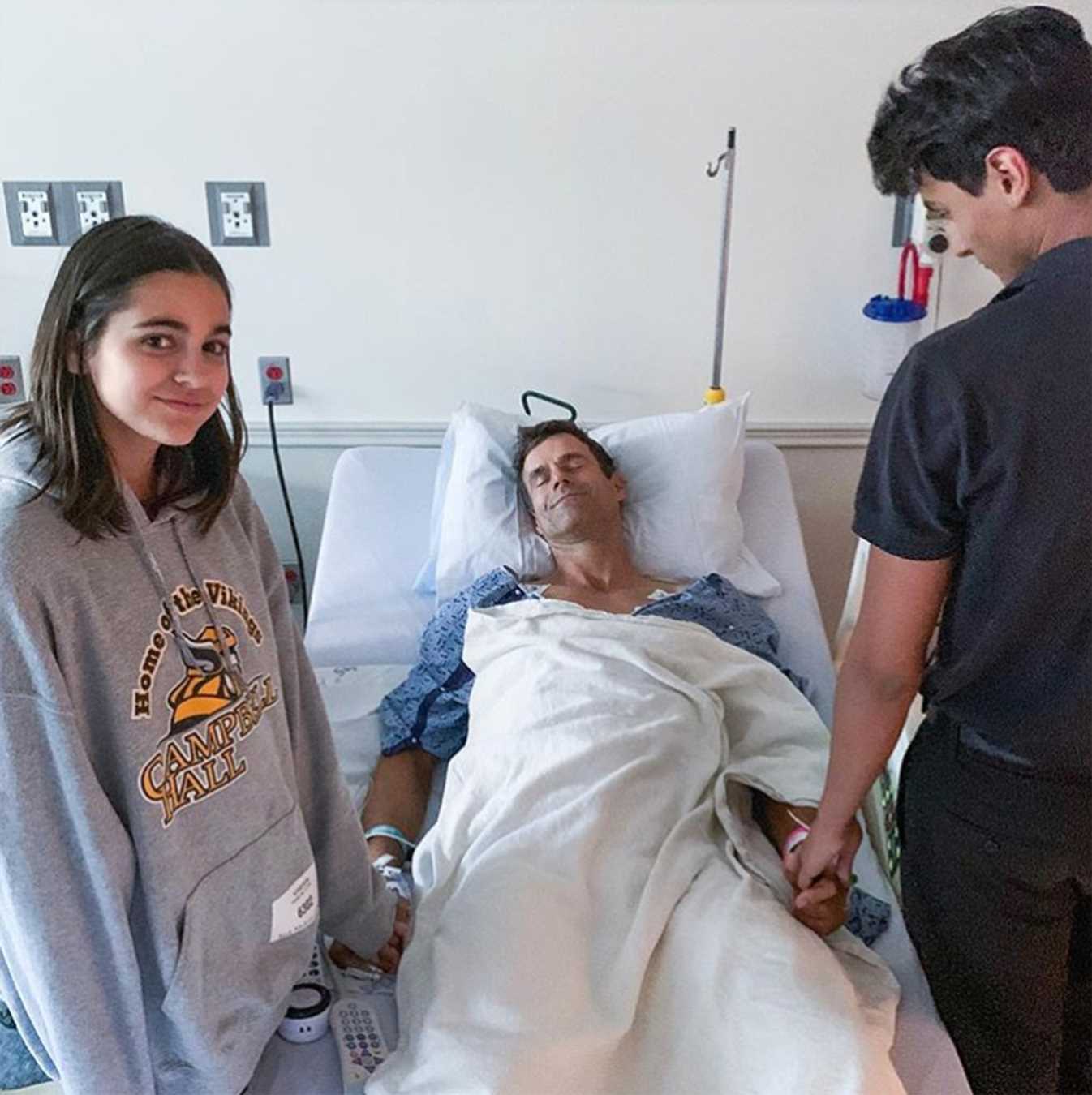 The former All My Children star, 50, revealed Sept. 10 that he has renal cell carcinoma, or kidney cancer, and asked his fans for their thoughts and prayers. He underwent partial nephrectomy surgery — a difficult procedure where doctors remove a tumor while only taking out a small portion of the kidney — two days later, and announced that it went “very well.”

“The tumor is gone and I even got to keep 80% of my kidney 😊,” Mathison posted on Instagram, along with a photo of him in his hospital bed surrounded by his two kids, Leila, 13, and Lucas, 16. “We are all optimistic.”

The actor told his fans that he would keep them updated on his health and thanked them for their encouragement.

“Feeling loved and supported by my family and friends, including each and every one of you,” he said. “I’ve been very overwhelmed and so grateful for all of the supportive comments and prayers.”

Mathison said on Sept. 10 that he was diagnosed with kidney cancer after dealing with stomach problems.

“About a month ago, I had an MRI for some gut issues I’ve been having, and during that MRI they found a tumor on my right kidney,” he explained. “It’s consistent with renal cell carcinoma … or kidney cancer.”

The Home & Family host said that his doctors believe the tumor was in his body for years, but his “healthy lifestyle” kept him going.

“The good news is that it hasn’t spread to any other organs🙏🏼 They say my healthy lifestyle and diet has no doubt helped keep it from growing and spreading to other areas, as doctors think it’s been growing in me for minimum 10 years,” he revealed. “I am extremely lucky that we found it early.”

Mathison is now back at home recovering after an “eventful four days in the hospital,” and again thanked his fans for their well-wishes — and some funny gifts.