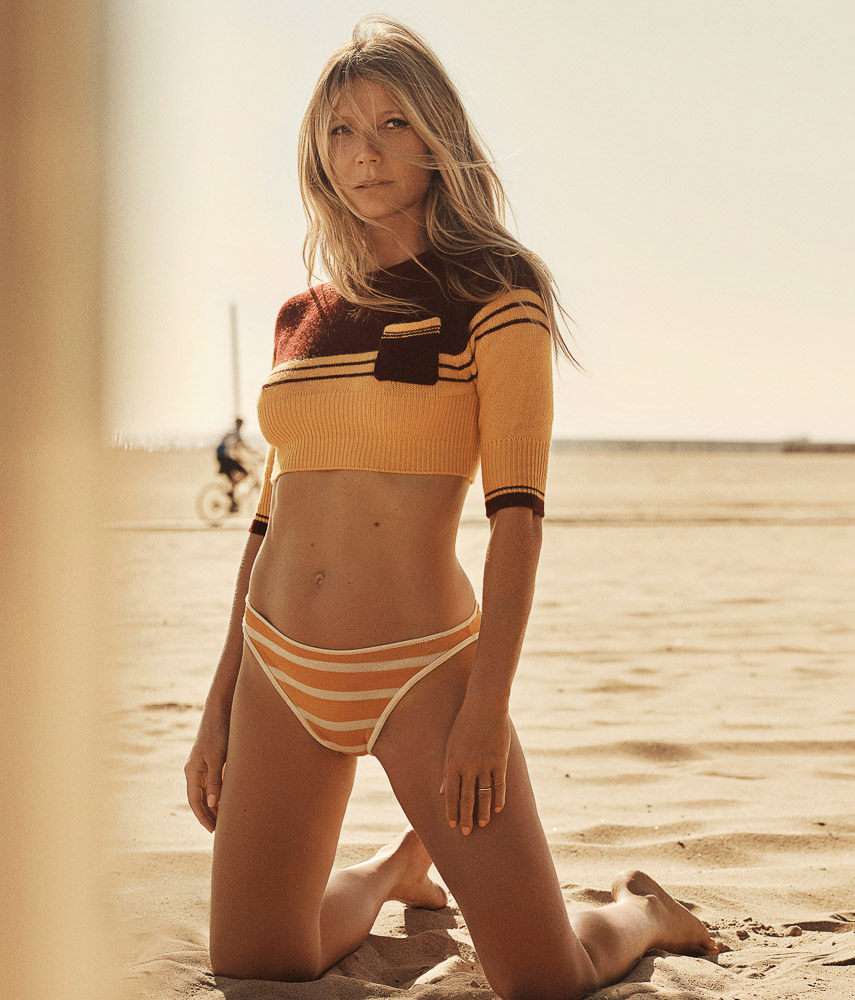 From vaginal steaming to jade eggs, Gwyneth Paltrow is happy to take the criticism for the sometimes-controversial practices they tout at Goop because she sees her company as the “trailblazers.”

The actress and Goop founder talked about her growing wellness empire, and how people have always questioned her health advice, in an interview for the WSJ. Magazine. Paltrow, 46, said her interest in finding little-known health practices started when her dad, director Bruce Paltrow, was diagnosed with throat cancer in 1998.

“He’s the reason I got into this whole thing,” she said. “I just remember the surgery was so brutal, and then I thought, Wow. What else can we do?”

That sent her researching macrobiotics and environmental toxins — things people hadn’t heard of in 1998.

“I was trying to take control of his life because he wouldn’t.”

Four years later, he died while they were on a trip to Italy together. “I don’t think I’ll ever be whole again, on some level,” she said.

The entire experience drove Paltrow into the wellness sphere.

“That was the beginning of people thinking I was a crackpot. Like, ‘What do you mean food can affect your health, you f—ing psycho?’ ” she said.

Paltrow said that at the time, she got criticism for doing yoga.

“I remember when I started doing yoga and people were like, ‘What is yoga? She’s a witch. She’s a freak.’ ”

RELATED VIDEO: Gwyneth Paltrow Reveals She Has Menopause Symptoms at 46: I’m ‘Suddenly Furious for No Reason’

Moving far beyond yoga, Paltrow’s 2018 recommendations include jade eggs for the vagina or “healing” stickers made of spacesuit material. But recently, those claims have gotten the company in trouble — they incorrectly said that NASA endorsed the stickers, and Goop also had to pay $145,000 in civil penalties after a California judge said that it was “misleading advertising” to say that their jade eggs improved sexual health.

“It’s often women’s sexual health that is the most triggering,” Paltrow said.

But she said Goop can take the vitriol.

“We’re trailblazers,” she said. “We’re going to write about s— that people haven’t heard of … I’m so happy to suffer those slings and arrows, because if you look at the culture from then to now, people are so curious. It’s so beautiful to see people feeling empowered by natural solutions or ancient modalities alongside science and medicine.”

And Paltrow said she knows from experience that people will eventually come around on things that may have seemed outlandish in the past.

“Forgive me if this comes out wrong,” she said, “but I went to do a yoga class in L.A. recently and the 22-year-old girl behind the counter was like, ‘Have you ever done yoga before?’ And literally I turned to my friend, and I was like, ‘You have this job because I’ve done yoga before.’ “