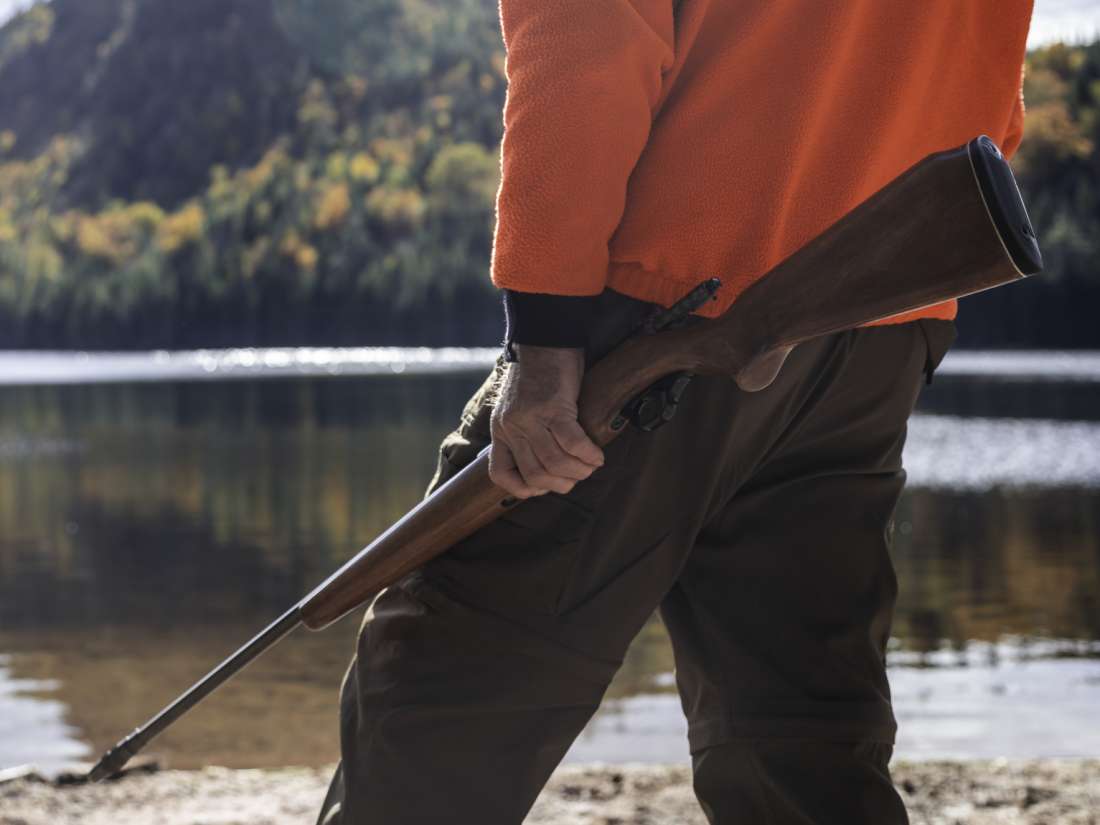 Gun ownership is a controversial topic, and people are sure to continue debating it for many years to come.

This debate often focuses on young men and violent crime, but a recent article investigates the other end of the age spectrum.

Older adults are more likely to own a gun than younger people.

An estimated 27 percent of people over the age of 65 years own at least one gun, while 37 percent live in a home where a firearm is present.

A seemingly unrelated but equally hot topic is the rise of dementia.

As dementia occurs almost exclusively later in life, the longer that people live, the more prevalent it becomes.

Currently, around 5.7 million people in the U.S. are living with Alzheimer’s disease. Although Alzheimer’s is the most common form of dementia, it only accounts for 60–80 percent of all dementia cases.

A recent article in The Journal of the American Osteopathic Association considers the issue of firearm ownership in relation to old age, depression, and dementia.

The symptoms of dementia are varied but often include decreased judgment, mood changes, memory loss, and disorientation. The authors of the recent article suggest that we need legislation to ensure that people who are experiencing symptoms such as these do not have easy access to a firearm.

One survey, which included almost 500 individuals with dementia or related mental health issues, found that 18 percent of the participants lived in a home with at least one gun. More than one-third of these individuals experienced delusions, and 17 percent had recorded experiences of hallucinations.

Another survey found that over 60 percent of U.S. adults with a dementia diagnosis lived in homes with at least one firearm.

Currently, if health issues affect a person’s ability to drive an automobile, a doctor can alert local authorities who will then step in to revoke their license. However, there is no such process in place for individuals with dementia and a gun.

The author of the article, Dr. Katherine Galluzzi from the Philadelphia College of Osteopathic Medicine, PA says:

“Nothing about this is easy. People’s identities are formed in large part by the ways and degree to which they can feel self-sufficient. That doesn’t end with the onset of dementia. However, as physicians and family members, we need to be able to do the hard thing in the interest of public safety.”

The recent paper describes specific cases that underscore this growing issue. For example, the authors write about an 80-year-old man with dementia who lived alone. The same home health aide worker visited him 5 days each week for several months. One day, during an episode of confusion, the man shot and killed the aide.

The paper also discusses the prevalence of depression in older adults. The authors write, “Older adults, especially older white men, are the largest group of individuals to complete suicide.”

They mention the case of a 72-year-old man with depression who rejected treatment for prostate cancer after stating that he had “lived long enough.” The man then ended his life with a gunshot to the head.

Older adults are more likely than younger people to die by suicide. They are also more likely to talk openly about their intent to harm themselves. People should take these verbal cues seriously.

So-called red flag laws may offer a solution to these concerns. In some states, law enforcement and families can request the temporary removal of firearms from someone who may pose a danger either to themselves or to those around them.

Dr. Galluzzi hopes that implementing red flag laws in the case of dementia could help family members and doctors remove firearms from people who have more severe symptoms.

As is so often the case with sensitive issues such as this, opening a dialogue is the first step.

“Whether it’s a question of taking away a person’s car or gun, these difficult discussions don’t get easier as the patient’s mental state deteriorates.”

She continues, “It’s critical for families to talk about this early and decide on power of attorney so someone can act in the best interest of the patient when they are no longer able to do it for themselves.”

This issue is likely to take time to resolve, but it is vital to address it urgently.