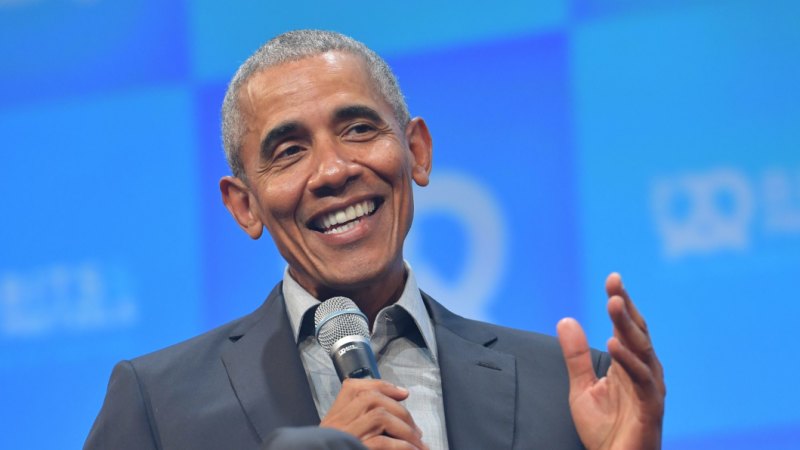 They’ve been called the "sleepless elite". Barack Obama, Julia Gillard and Elon Musk would get six hours a night. Richard Branson functions on five. Four hours were sufficient for Margaret Thatcher and Marissa Mayer. And Donald Trump apparently has a measly three.

They’re the stories that make you ponder your own sleep habits: ‘If they can govern a country or run a multibillion-dollar business on under seven hours, why do I feel like I’ve been hit by a train?’ 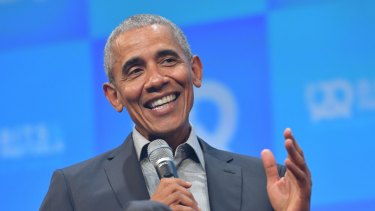 Former US President Barack Obama is a member of an exclusive club, those who don’t need 8 hours sleep.Credit:Getty

And then there are the people in your own life – perhaps a friend, a colleague, a boss – who proudly proclaim to get five hours a night and still manage to fly up the career ladder. Meanwhile the rest of us mere earthlings enter a panic every Sunday evening about not getting the recommended seven to nine hours a night.

People who sleep six hours or less a night are referred to by experts as “short sleepers”. But do some people really need less sleep than others to function well?

The short answer is yes, according to Sleep Health Foundation chair Dorothy Bruck, but true natural short sleepers are a rare breed, estimated to make up only about one per cent of the population. That’s because most people who claim to be short sleepers are in fact sleep deprived.

The Sleep Health Foundation’s 2016 survey found 12 per cent of Australian adults slept less than 5½ hours before work days. Of those, three-quarters admitted to having two or more sleeping difficulties or daytime symptoms.

Many people claim they sleep less than six hours without consequences but when researchers look at them closely, they find the opposite.

That leaves a quarter who didn’t complain of negative impacts due to short sleep. But Professor Bruck says it’s highly likely the majority of these are not doing as well as they think they are.

“Many people claim they sleep less than six hours without consequences but when researchers look at them closely, they find the opposite.”

Telltale signs that someone isn’t getting enough sleep include guzzling down caffeine or playing catch-up on weekends and holidays. A true short sleeper wouldn't rely on coffee and would continue the same sleep habits regardless of the day of the week because they are naturally efficient when they hit the hay. It means they manage get the same amount of deep, restorative sleep in six hours or less as the rest of us would in eight hours.

Researchers are still trying to identify what makes somebody a natural short sleeper, but findings are suggesting it is genetic. Studies out of the University of California have identified two types of gene mutations that promote natural short sleep.

Some common traits have also been noted for reasons that are unclear, with short sleepers tending to be more optimistic, more energetic, better multi-taskers and more pain resilient.

But aspiring to become a short sleeper would be a fruitless pursuit. Australasian Sleep Association President Alan Young says that for the vast majority of us, short sleep is not an ingredient for success.

“[Short sleep] is probably a genetic disposition, but for the rest of society who don’t have those particular genes it’s actually very unhealthy to deprive yourself of sleep,” Associate Professor Young says.

Negative effects from lack of sleep are wide-ranging, from impaired memory and concentration to mood swings and irritability. Sleeping six hours or less is also linked to chronic illnesses such as obesity, type two diabetes, cardiovascular disease and depression.

“Don’t believe everything you hear because there are people who say they sleep 4-6 hours a night and are perfectly fine, but often their perception of how they are functioning is incorrect,” Professor Young says.

“Almost every adult needs 7-9 hours of sleep a night to function at their best… You shouldn’t be chasing less sleep to give time to do other things.”

Professor Young says there are many industries, including health and politics, where people wear short sleep “as a badge of honour”. “That really needs to stop,” he says.

As it is, inadequate sleep affects up to 45 per cent of Australian adults and Professor Bruck says the "sleep machismo" whereby some people glamourise short sleep is not only unhelpful, it's also “really silly”.

“We say sleep is one of the three pillars of a healthy lifestyle along with diet and exercise, but some think sleep is uncool and think soldiering on without sleep is praiseworthy,” she says.

“It’s actually much better to perform at your best, which is only possible if you get the sleep you need. If you’re trying to sacrifice sleep for being successful in other parts of your life, that’s a completely ridiculous concept.”

Her takeaway message is a simple one: “Sleep is cool.”