Hospital admissions of coronavirus patients continue to soar in Florida with at least two areas in the state surpassing the previous peaks of last summer’s surge, prompting calls by local officials for the governor to declare an emergency.

A large hospital system in Jacksonville said its hospitals were at maximum capacity, its emergency centers also at a critical point as the state grappled with the new and more infectious delta variant of the COVID-19 virus.

In Brevard County, two hospitals began setting up treatment tents at its emergency departments. And at a Fort Lauderdale park, a long line of cars snaked around a testing site, recalling the first weeks of the pandemic last year.

Florida hospitals reported more than 8,900 patients with COVID-19 on Thursday, according to data from the U.S. Department of Health and Human Services. The Florida Hospital Association said the state peaked at 10,179 cases last July.

The patient number on Thursday was five times higher than a month ago, and it quickly climbed from about 5,500 in just one week.

“What’s extraordinary is the speed at which we are currently seeing new cases,” said Dr. Vincent Hsu, executive director of infection prevention and hospital epidemiologist at AdventHealth in Orlando. “The slope is pretty steep, and we haven’t seen the end of it. This is still coming.” 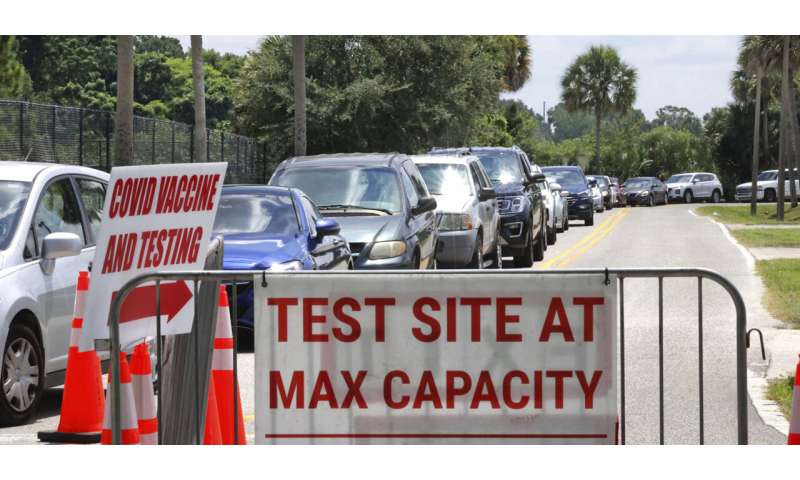 AdventHealth said Thursday it had reached a new high on Thursday since the pandemic began with about 1,000 COVID-19 hospitalized patients across its system in central Florida. Twelve hospitals in the state are reporting critical staffing shortages to the federal government.

The state reported to the federal Centers for Disease Control and Prevention an additional 17,500 cases—making one fifth of the national new caseload—and 56 new deaths, raising the total death toll for the state to nearly 38,900.

The rapid rise in hospitalizations and cases has prompted officials in Miami-Dade and Orlando to issue new orders requiring masks at indoor county buildings. The mayor of Orange County, home to Walt Disney World, is forcing all nonunion county employees to get vaccinated by August.

And Walt Disney World also announced this week that it would again be requiring the use of masks indoors. 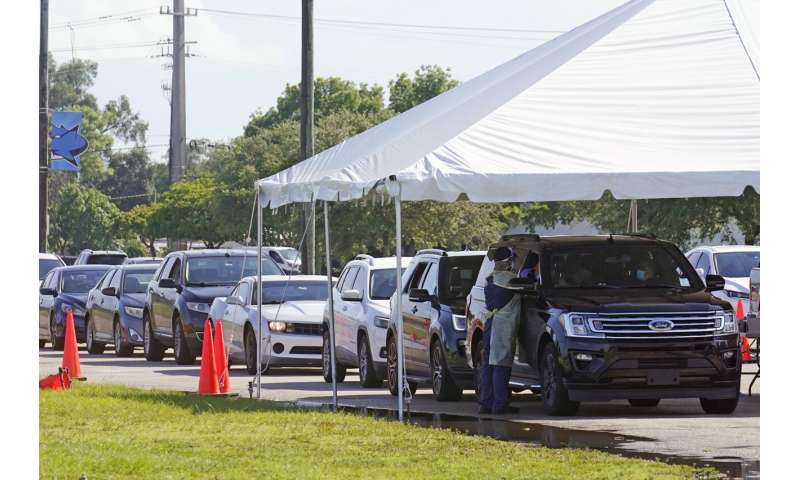 Just 48 percent of the state’s population is fully vaccinated, and hospitals say the vast majority of the patients with COVID-19 are unvaccinated.

Despite calls for him to declare an emergency, Republican Gov. Ron DeSantis has vowed not to reinstate any pandemic restrictions. In early June the state stopped providing daily figures of cases and deaths, switching to weekly reports.

He signed a law in May a measure that invalidated local COVID-19 orders and gave him power to nullify future ones.

On Wednesday, the governor mocked new federal guidelines recommending use of masks even for those vaccinated against COVID-19. He also took aim at Dr. Anthony Fauci, the nation’s top infectious disease specialist, who recently said the U.S. is in an “unnecessary predicament” of soaring cases fueled by unvaccinated Americans and the virulent delta variant. 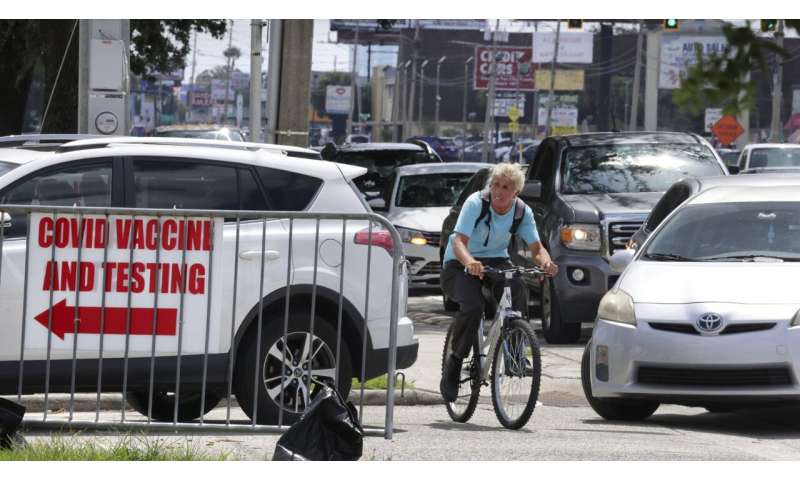 “I think it’s very important we say, unequivocally, ‘No to lockdowns, no to school closures, no to restrictions, no to mandates,'” DeSantis said. “We’ll be holding the line. We will not back down.”

His words drew enthusiastic applause during his appearance in Salt Lake City, Utah, before the American Legislative Exchange Council, a group that pushes conservative policies in Republican-controlled state legislatures.

DeSantis said he opposes those measures because they were ineffective and “had catastrophic consequences” for the economy.

The governor’s stance against lockdowns, mask mandates and vaccine passports is a key component of his reelection campaign. The campaign is selling koozies with the phrase “How the hell am I going to drink a beer with a mask on?” and T-shirts reading: “Don’t Fauci My Florida.” 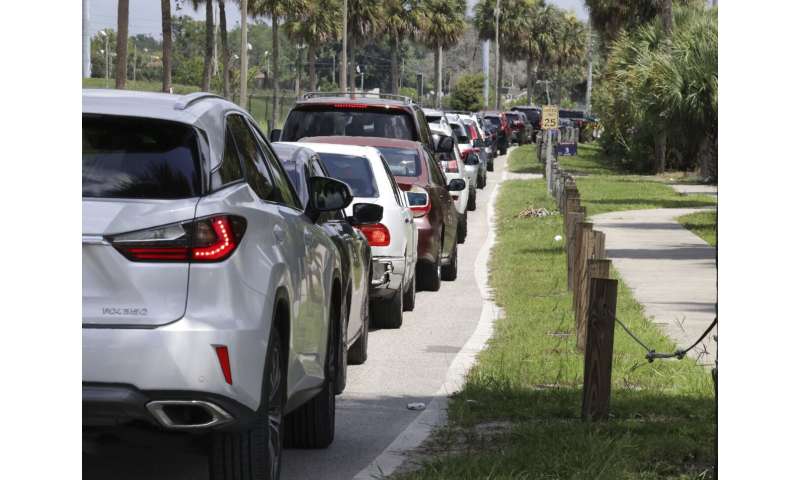 Charlie Crist, a Democrat challenging DeSantis next year, condemned his speech in Utah in a statement sent Thursday. Crist served as a Republican governor from 2007 to 2011, before joining the Democratic party. He has served in the U.S. House since 2017.