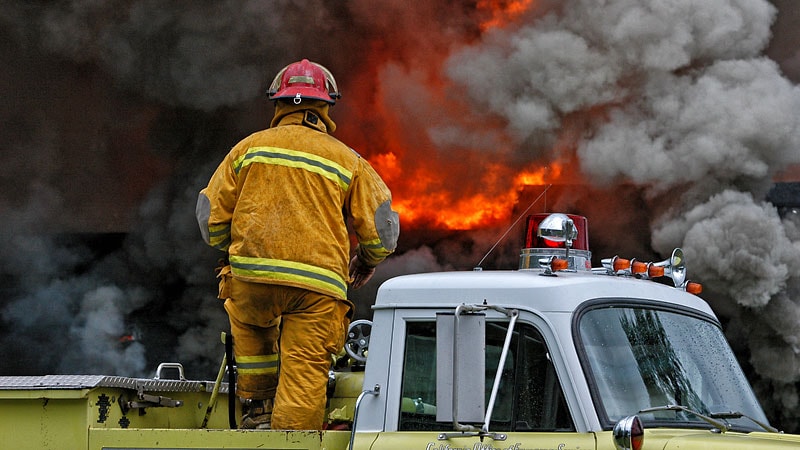 Firefighting is a carcinogenic occupation that increases the risk of mesothelioma and bladder cancer, as well as potentially a host of other cancers, such as colon and prostate cancer, concludes an expert panel convened by the International Agency for Research on Cancer (IARC).

A report regarding the study was published in The Lancet Oncology on June 30. A detailed assessment will be published in 2023 as Volume 132 of IARC Monographs.

There are an estimated 15 million firefighters worldwide, including paid and unpaid workers. They respond to a range of fires, which can affect buildings and other structures, wildlands, and vehicles. Firefighters also respond to vehicular accidents and building collapses.

As a result, they are exposed to a wide range of combustion products, such as polycyclic aromatic hydrocarbons, volatile organic compounds, metals, and particulates, as well as diesel exhausts, building materials, and flame retardants.

Firefighters also endure heat stress and shift work and are exposed to ultraviolet and other forms of radiation.

Many of these exposures have been classified individually as being carcinogenic or possibly carcinogenic.

The new declaration that firefighting is carcinogenic came from a meeting convened by the IARC in June 2022. It included 25 experts from eight countries and was led by Paul A. Demers, PhD, director, Occupational Cancer Research Center, Toronto, Ontario, Canada.

Their evaluation was based on a systematic review of 52 cohort and case-control studies, 12 case reports, and seven meta-analyses. These articles included data from Asia, Europe, North America, and Oceania.

The experts concluded that there was sufficient evidence to say that occupational exposure was indeed “carcinogenic to humans (Group 1)” for mesothelioma and bladder cancer.

The panel decided that there was also limited evidence that being a firefighter was carcinogenic for colon cancer, prostate cancer, testicular cancer, melanoma of the skin, and non-Hodgkin lymphoma.

For other cancer types, including lung and thyroid cancers, the evidence was “inadequate.”

In addition, the experts noted that “bias from greater medical surveillance and detection in firefighters, or confounding by physical and lifestyle characteristics, could not be reasonably excluded as explanations for the positive findings.”

There was strong “mechanistic” evidence, however, that occupational exposure as a firefighter has five of the 10 key characteristics of carcinogens, in that it is genotoxic; it induces epigenetic alterations, oxidative stress, and chronic inflammation; and it modulates receptor effects.

No funding for the study has been disclosed. Some participants in the study have relationships with firefighters’ unions.