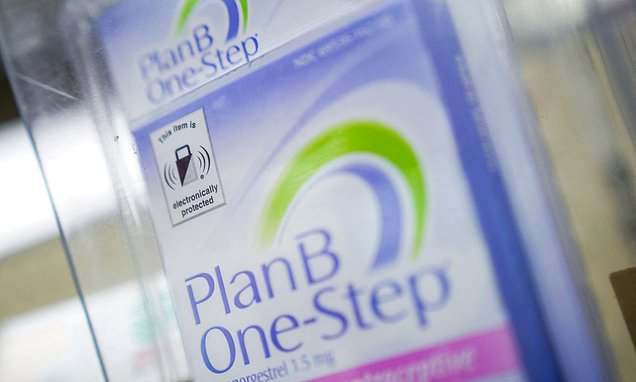 The Food and Drug Administration (FDA) has changed the language of information that comes along with emergency contraception to make it clear the drugs are not abortion pills.

Informational booklets that come with Plan B One-Step, and its generic versions, will be tweaked to remove the claim it stops eggs from implanting in the lining of the uterus.

Scientists at the FDA said there was no evidence to back up the claim. This language made the pills a target of anti-abortion advocates in the wake of the overturning of Roe v Wade over summer.

Abortion has become a charged issue in the United States, after the Supreme Court overturned the landmark ruling. A total of 17 states have moved to ban or restrict abortion in the months since. 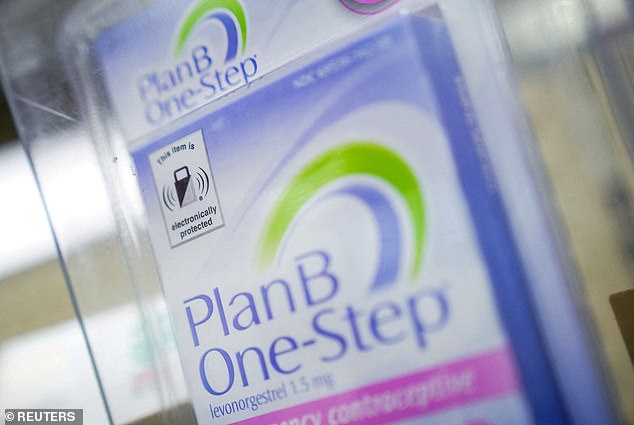 DailyMail.com found dozens of listings for tablets costing as little as $20 per course, most of which appeared to be made in, or shipped from, India.

In its update, the FDA also issued a new question-and-answer section on its website about the pill.

Under the question ‘Is Plan B One-Step an abortifacient (causing abortion)’, officials wrote the answer ‘No.’.

They added: ‘Plan B One-Step will not work if a person is already pregnant, meaning it will not affect an existing pregnancy.

‘Plan B One-Step prevents pregnancy by acting on ovulation, which occurs well before implantation.

Plan B is taken orally as a single pill within 72 hours of unprotected sex or sex where birth-control measures — such as a condom — have failed.

It works by releasing the female hormone levonorgestrel, which delays the release of an egg from the ovaries.

For comparison, abortion pills work by blocking the hormone progesterone — stopping blood vessels building up in the uterus lining — and triggering the uterus to contract.

Women taking pills to terminate a pregnancy take one mifepristone tablet orally to block the hormone.

A day to two days later four misoprostol pills are held under the tongue for 30 minutes or until they have dissolved.

In a memo released Friday, the FDA clarified that taking Plan B pills is not the same as an abortion, a fact that has long been understood in the medical community.

‘Evidence does not support that the drug affects implantation or maintenance of a pregnancy after implantation, therefore it does not terminate a pregnancy,’ the FDA said in a statement.

Plan B has been available over the counter in the United States since 2013.

Its leaflets have carried the claim that the pill can affect the lining of the uterus, although this was not backed up by scientific research according to the FDA.

If you enjoyed this article…

Doctors issue warning over ‘fake’ abortion pills being sold on eBay for just $20 as predatory sellers cash in on Roe v Wade fears.

A record one in ten newborns in the US are born prematurely, report finds.

Texas woman, 35, forced to carry unviable fetus suffers life-threatening infection because state refused to give her an abortion.

What was the June SCOTUS decision about and what does it mean for abortion access?

Dobbs v Jackson Women’s Health Organization considered whether states can ban abortion before viability, the point at which survival is possible outside the womb, around 22 to 24 weeks of pregnancy.

When the court overturned the 1973 Roe v Wade decision, justices returned power to police the procedure to the states.

Now, every state has the authority to set their own laws for abortion access.

Abortion is now fully banned in over a dozen states with many others setting gestation limits.