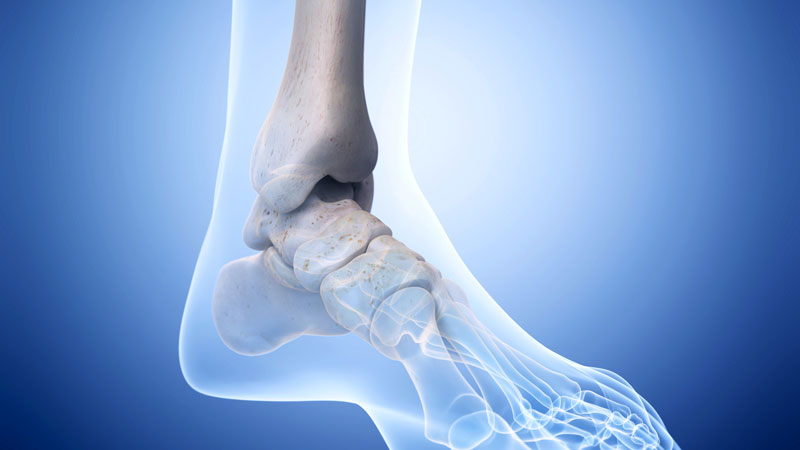 The STAR total ankle replacement breaks at a higher rate than similar devices do, and surgeons should closely monitor patients who receive the implant, according to the US Food and Drug Administration (FDA).

“When compared with other total ankle replacement devices, the higher fracture rate and earlier than expected occurrence of fracture are concerning,” said Capt. Raquel Peat, PhD, MPH, FDA director of the Office of Orthopedic Devices, in an advisory.

The agency identified a polyethylene component as the cause of the breakage. It stopped short of asking that the product be recalled or removed from patients, and Peat said the device “remains appropriate for certain patients, such as older patients with lower activity levels.”

DJO, which purchased the STAR implant from Stryker in November 2020, defended the product’s current safety record and said that the company is working to further improve it.

In recent decades, total ankle arthroplasty has become an increasingly popular alternative to tibiotalar arthrodesis for the treatment of disabling ankle arthrosis.

Marketed in Europe since 1990, originally as the Scandinavian Total Ankle Replacement System, the STAR differs from other prostheses available for total ankle replacement in the United States in two key respects. First, most others are composed of two pieces, whereas the STAR has three parts. The innovation was intended to allow increased range of motion. Second, the STAR does not require the use of cement.

Because of these innovations, the FDA required the company to conduct studies, including clinical trials, to show safety and efficacy. It approved the device on May 27, 2009, but required postmarketing studies. DJO estimates that more than 30,000 STAR prostheses have been implanted worldwide.

On October 11, 2019, just before selling its rights to the device to DJO, Stryker advised users of a problem that surfaced in these postmarketing studies. Implants distributed before August 1, 2014, “may experience a higher than expected risk of polyethylene fracture due to potential increase in polyethylene oxidation prior to or after implantation and potentially the implant geometry (as reported in the published literature),” the company said.

The company excluded from its warning implants distributed after August 1, 2014, after the company changed the inner-pouch foil packaging to limit oxidation. But the FDA analyzed other data, including medical device reports it had received. It found at least 1841 reports of adverse events for STAR, of which about 300 described fractured polyethylene. Some of those fractures occurred after the packaging change.

On the basis of these findings, the FDA recommends that patients who are considering the STAR implant be advised of the risk for polyethylene failure.

“Be aware that the clinical presentation (the presence of signs or symptoms) of fracture in plastic materials such as polyethylene can be subtle even in a CT scan and, infrequently, may be diagnosed only on exploratory surgery,” the FDA said in its advisory. “Thinner (6mm) plastic components appear to be more prone to fracture. Younger patients (under 55 years old) and patients with a primary diagnosis of osteoarthritis may have higher risk of plastic component fracture and subsequent revision surgery.”

Stryker declined to comment. Tom Loring, senior director for foot and ankle product management at DJO, argued that the STAR compares favorably to competing implants in other studies.

More data are available on the STAR than on two-piece implants now on the market, because the two-piece implants were considered to be sufficiently similar to previously approved devices and so didn’t have to be evaluated in clinical trials in order to be approved by the FDA, according to the author of the 2018 study, Ariel Palanca, MD, an orthopedic surgeon at Palomar Health Medical Group in San Diego, California.

“I think that there was a bad batch of polys that went out, because in my practice, the polyethylene that I have seen that has broken has all been implanted around the same time,” said Palanca, who is a consultant to Stryker and DJO.

She told Medscape Medical News that her patients have done well with the STAR implant and that exchanging the polyethylene component is a “very simple, straightforward surgery.”

Loring is an employee of DJO. Palanca is a consultant to Stryker and DJO.

Laird Harrison writes about science, health and culture. His work has appeared in magazines, newspapers , and online publications. He is at work on a novel about alternate realities in physics. Harrison has taught writing at San Francisco State University, UC Berkeley Extension and the Writers Grotto. Visit him at lairdharrison.com or follow him on Twitter: @LairdH.