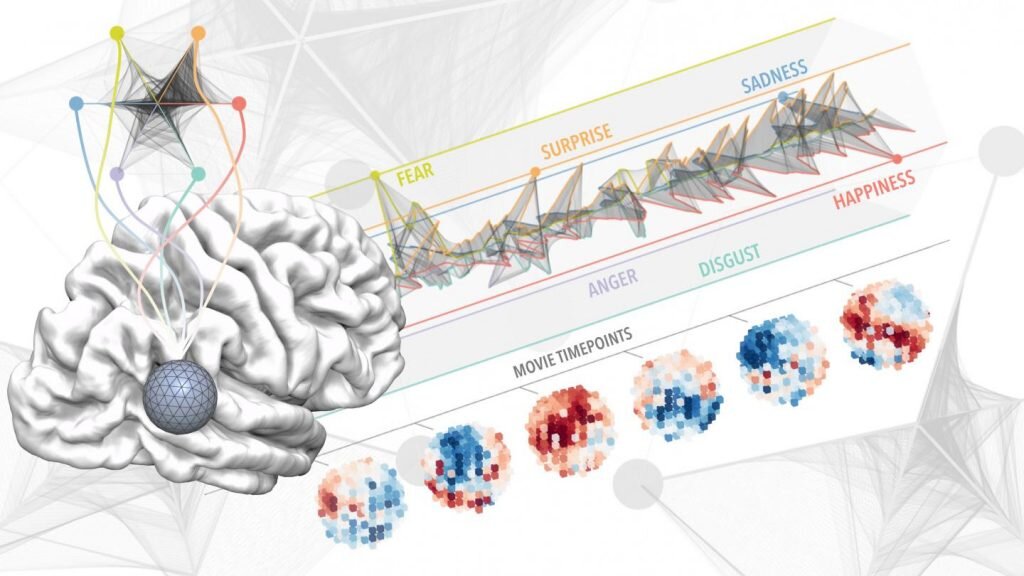 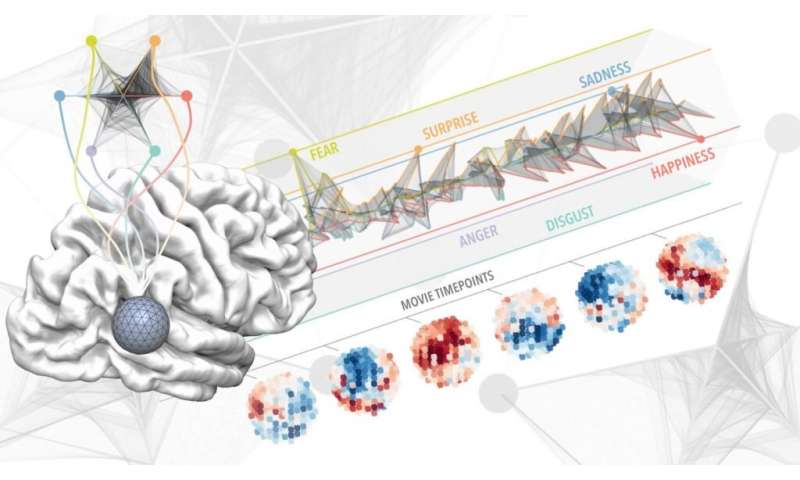 The entire set of our emotions is topographically represented in a small region of the brain, a 3-centimeter area of the cortex, report scientists in a study conducted at the IMT School for Advanced Studies Lucca, Italy. The discovery of this “map” of emotions comes from work conducted by the Molecular Mind Laboratory (MoMiLab) directed by Professor Pietro Pietrini, and recently published in Nature Communications.

To investigate how the brain processes the distinct basic component of emotional states, the IMT School researchers asked a group of 15 volunteers enrolled in the study to express, define and rate their emotions while watching the 1994 American movie “Forrest Gump.” For the entire length of the film, the 15 volunteers reported scene by scene their feelings and their respective strength on a scale from one to 100. Their answers were then compared to those of 15 other persons who had watched the same movie during a functional magnetic resonance imaging (fMRI) study conducted in Germany. The imaging data were obtained through “open science,” a platform through which scientists from different laboratories can share their data so that anyone can replicate their findings or use the data for novel experiments, as in this case.

To unveil cortical regions involved in emotion processing, the “emotional ratings” were used by scientists for predicting the fMRI response of the brain. The correspondence between functional characteristics and the relative spatial arrangement of distinct patches of cortex was then used to test the topography of affective states. As researchers found out, the activation of temporo-parietal brain regions was associated to the affective states felt in an exact moment, providing a map of emotional experience.

The analysis of the data by Giada Lettieri, first author of the study along with Giacomo Handjaras, both Ph.D. students at the IMT School, and their collaborators, shows that the polarity, complexity and intensity of emotional experiences are represented by smooth transitions in right temporo-parietal territories. The spatial arrangement allows the brain to map a variety of affective states within a single patch of cortex.

To summarize, the right temporo-parietal junction can topographically represent the variety of the affective states that people experience: which emotions they feel in a specific moment, and how much they perceive them. The process resembles the way senses like sight or hearing are represented in the brain. For this reason, the researchers proposed the term “emotionotopy” as a principle of emotion coding.

Historically, emotions have often been considered a “separate” human faculty, distinct from cognition. But this point of view has been recently challenged by various studies showing that many affective responses can influence cognitive processes such as decision-making and memory. The IMT School study adds new details to this more recent view that the principles responsible for the representation of sensory stimuli are also responsible for the mapping of emotions.

“This study is also an interesting example of open science and sharing data initiatives in neuroscience,” said Luca Cecchetti, senior author of the paper and assistant professor at the IMT School. “The fMRI data were collected by Michael Hanke and colleagues at Otto von Guericke University Magdeburg and publicly released at studyforrest.org. This allowed us to exploit high-quality neuroimaging data, at the same time saving resources and time. Following the same principle, we released data and code at osf.io/tzpdf/ .”