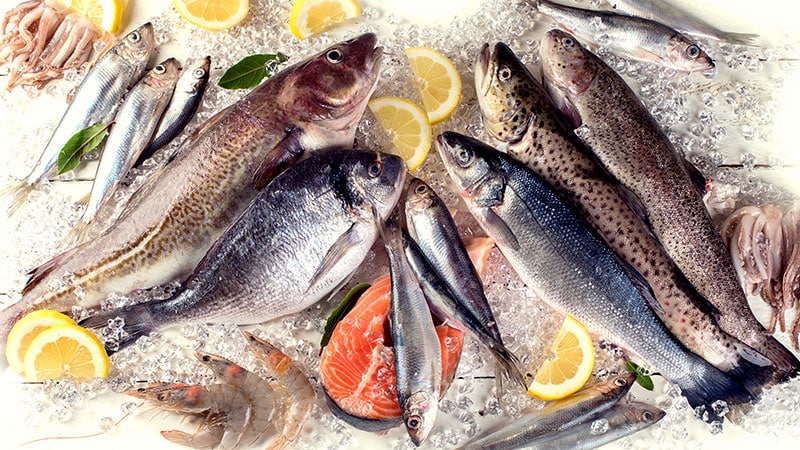 Higher levels of omega-3 polyunsaturated fatty acids (n-3 PUFAs) from seafood (oily fish) were associated with a modestly lower incidence of chronic kidney disease (CKD) and a slower decline in renal function, in a new analysis.

However, higher levels of plant-derived n-3 PUFAs (alpha-linolenic acid [ALA]) were not associated with any change in kidney function.

These findings are from pooled data from more than 25,000 participants in 19 studies in 12 countries that are part of the Fatty Acids and Outcomes Research Consortium (FORCE).

The study suggests that “adequate consumption of seafood and oily fish (where most such blood omega-3 fatty acids come from) may help to prevent or delay the development of CKD,” Ong and senior author Jason H.Y. Wu, PhD, professor, The George Institute for Global Health, Faculty of Medicine and Health, from the same university, told Medscape Medical News in an email.

“This finding supports dietary guidelines and clinician efforts to recommend adequate intake of seafood and oily fish as part of a healthy diet,” they note.

In contrast, plant sources such as flaxseed, walnuts, and vegetable oils are good sources of α-linolenic acid.

People with and without risk factors for CKD (such as hypertension) were enrolled in the 19 studies.

“Importantly, the protective association was consistent across all subgroups assessed (older vs younger, those with diabetes and without, etc), suggesting the benefit is applicable to broad segments of the population,” Wu and Ong point out.

However, the findings from this pooled analysis do not prove a causal relationship between seafood n-3 PUFA and CKD risk, the two researchers stress.

“Although the magnitude of these associations was modest, our findings suggest adequate consumption of seafood and oily fish should be part of healthy dietary patterns,” the authors summarize.

Pooled Data From 19 Cohorts in 12 Countries

The researchers pooled data from 19 prospective cohort studies in Europe, the United States, the United Kingdom, Australia, China, Japan, and Taiwan, to assess the association between n-3 PUFA biomarkers and incident CKD.

Having a larger sample allowed them to distinguish between individual n-3 PUFAs, and analyzing biomarkers allowed them to avoid measurement errors from self-reported dietary intake.

Participants were a mean age of 49-77 years and had a mean body mass index (BMI) of 23.2-28.3 kg/m2. Sixteen cohorts recruited men and women, and most participants were White.

Levels of EPA and DHA probably mostly reflected variations in dietary intake from seafood, rather than n-3 PUFA supplements, because a relatively small proportion of the general population takes n-3 PUFA supplements, especially in studies conducted before the early 2000s when fish oil supplements were infrequently used (most of the included cohorts), the researchers write.

Higher levels of total seafood n-3 PUFAs were associated with an 8% lower risk of incident CKD risk (relative risk [RR] per interquintile range, 0.92; P = .009), after adjusting for a variety of confounders.

The association appeared consistent across different subgroups (age ≥ 60 vs < 60 years, eGFR 60-89 vs ≥ 90 mL/min/1.73 m2) and with versus without hypertension, diabetes, or coronary heart disease at baseline.