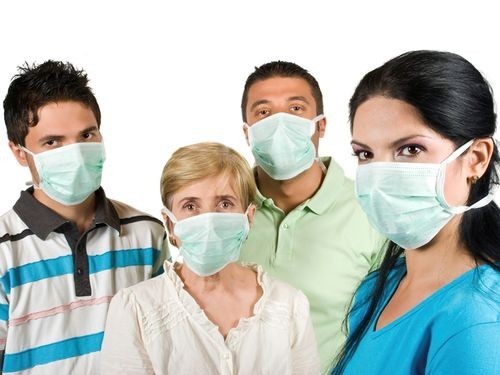 Many people know about the seasonal nature of influenza outbreaks. However, Micaela Martinez (Micaela Martinez) from the American School health Mailman Columbia University (Columbia Mailman School of Public Health) in his article reminds us that many infectious diseases have seasonal nature. Her article was published in the journal PLOS Pathogens.

In their study, Dr. Martinez used the information from the world health organization (who), U.S. Centers for control and prevention (CDC) and published in medical journals. Based on these data, she created the calendar of 69 epidemics of infectious diseases, starting with the most common infections to rare tropical diseases. This year, for example, there will be outbreaks of winter flu, chicken pox in the spring, and also of gonorrhea and poliomyelitis in the summer.

Dr. Martinez found that seasonality is observed not only in acute infectious diseases like the flu, but also chronic infections diseases such as hepatitis b, which, depending on the location and break out with greater regularity at certain times of the year. Preliminary studies also showed that even with the spread of HIV-AIDS there is a seasonal element, which is believed to be dependent on seasonal malnutrition factors associated with the seasonality of crops.

The article describes the four main factors of seasonality of infectious diseases. For example, environmental factors such as temperature and humidity, regulate seasonal flu outbreak, and seasonality of the disease caused by zika virus associated with the reproduction of its carriers – mosquitoes.

Such a seasonal factor as the school year is associated with the spread of measles as children within a certain period of contact with each other. Environmental factors, which include seasonal algae play a role in the occurrence of cholera outbreaks. Seasonal biological rhythms similar to those that regulate the migration and hibernation of animals, can also play a role in the spread of diseases such as polio, although to confirm this requires further study.

Seasonality is a universal feature of infectious diseases, although the scientific community largely ignores this factor when considering the majority of infections. Needed a lot of work to understand as there are forces that cause seasonal diseases, and then to understand how to use seasonality to develop measures for the prevention of flares and treatment of chronic infections, says Martinez.

To identify the causes seasonal outbreaks not always easy, but it can bring some benefit. For example, the bacteria that cause cholera, is spread among humans through the alimentary (fecal-oral) mechanism of transmission. These bacteria can survive long in the water, if it contains microscopic algae. Doctors can try to prevent the transmission of cholera from infected people and/or fight directly with bacteria in water bodies with such algae. Thus different measures for cholera will be different depending on the season.