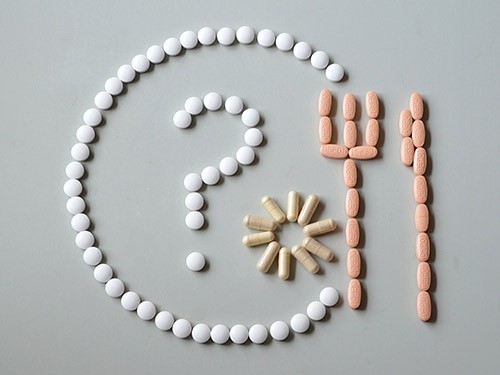 Certain combinations of medications are used to treat different diseases affect each other and cause side effects. Pills can also interact with food, drinks and herbal remedies. Below we will talk about some of the common combinations which is to be feared.

1. Statins and grapefruit juice. Medicine group statins (drugs to lower cholesterol levels in the blood) are prescribed to prevent myocardial infarction and stroke.

People who know about her high cholesterol, often try to increase the amount of fruits and vegetables in the diet. Therefore, it is important to know that grapefruit juice can slow the breakdown of statins in the body, thereby increasing their concentration in the blood and, therefore, increasing the side effects.

2. Warfarin and green leafy vegetables. The use of warfarin (medicines used for the prevention and treatment of blood clots) requires regular blood tests to verify the correctness of the chosen dose.

Supplements and foods containing vitamin K (green leafy vegetables and green tea), accelerate the removal of warfarin from the body, which is fraught with such serious consequences, such as increased risk of stroke or deep vein thrombosis. The Clinician should be aware of the changes in diet of patients to adjust the dosage of warfarin.

3. Antidepressants and ibuprofen. Taking anti-depressants SSRIs (selective inhibitors of serotonin reuptake) along with NSAIDs(for example, the combination of citalopram and ibuprofen) may increase the risk of internal bleeding, usually gastric. Its symptoms include black stools, stomach cramps, fatigue, blood in the vomit and a feeling of weakness or dizziness.

This side effect can be avoided by injecting the drugs to protect the stomach, in particular, lansoprazole. However, when such a medication should take into account its potential interactions with antidepressants.

4. Metronidazole and alcohol. Recommendations are not to drink alcohol, taking antibiotics, in particular metronidazole, as it may cause severe nausea and vomiting. You must wait at least two days after completing the course for the elimination of the drug from the body.

The Agency for regulation of medicines and medical devices in the UK (the UKs Medicines and Healthcare products Regulatory Agency) recommends that you avoid combinations of St. John’s wort and the kochs.

You should also understand that the medication should not stop yourself to visit to the doctor. Any sudden changes in the treatment can lead to more serious consequences than any of the listed interactions.

Prepared according to The Conversation