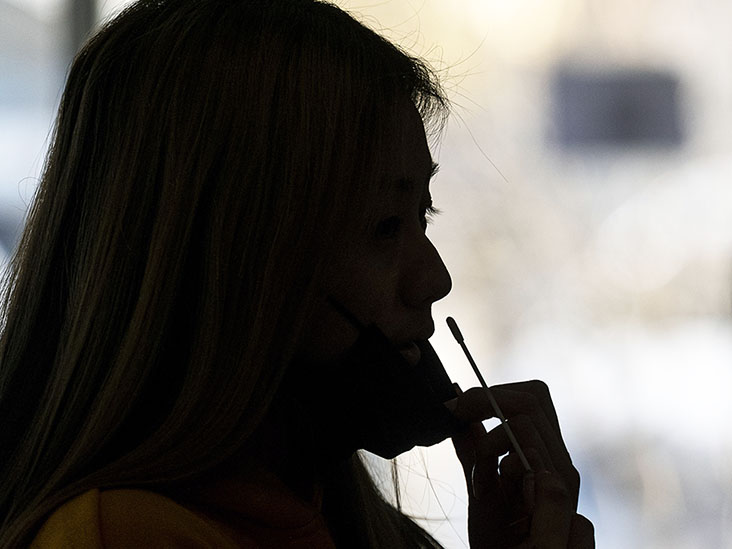 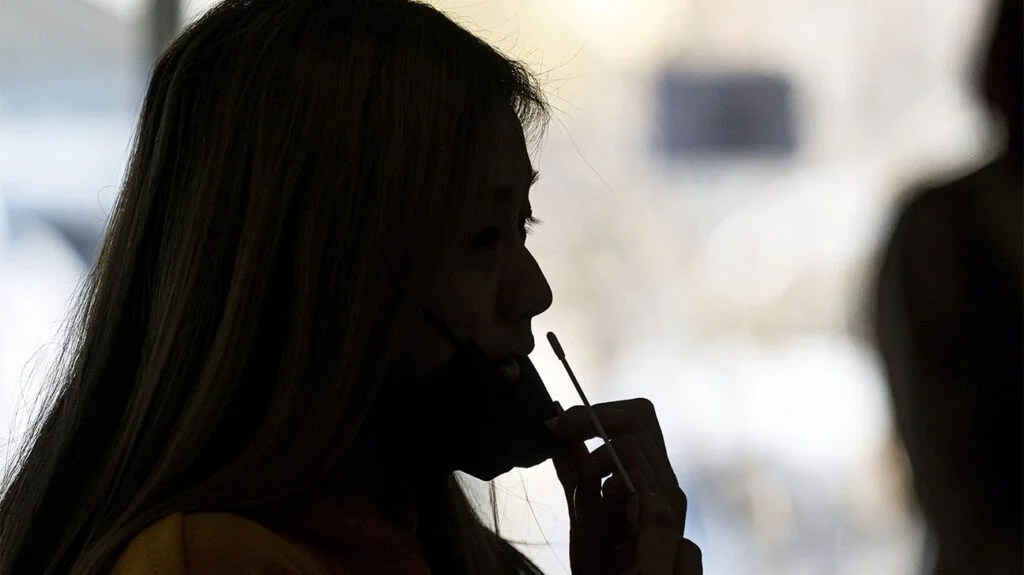 Early reports following the emergence of the Omicron variant suggest that the variant is more likely to cause less severe illness than previous variants of SARS-CoV-2.

However, the milder disease due to an Omicron infection could also be a result of a person’s enhanced immunity, acquired due to vaccination or past SARS-CoV-2 infections.

Although an increase in immunity may influence the severity of illness, studies in animals and cells cultured in the laboratory suggest that the mutations carried by the Omicron variant have made it less efficient at infecting the lungs than the Delta variant. This could explain the less severe illness that the Omicron variant causes.

Mild illness or early SARS-CoV-2 infections are likely to involve upper respiratory tract symptoms, such as a runny nose and sore throat.

Severe illness due to the wild-type SARS-CoV-2 and the previous variants often involves the infection and inflammation of the lungs.

Inflammation can cause fluid to accumulate in the air sacs, or alveoli, in the lungs, reducing the capacity of the lungs to transfer oxygen to the blood.

Scientists have conducted experiments using animal models and laboratory cultures of lung cells to characterize the ability of Omicron to infect the respiratory tract and cause severe illness.

This includes a study carried out at the University of Hong Kong that used human lung cells cultured in the laboratory, to analyze the ability of the Omicron variant to infect the lungs. These cells were cultured from lung tissue removed during treatment of the lung. Typically, this tissue is discarded.

In the study, Omicron replicated 70 times faster than Delta in the human bronchi, which are the tubes connecting the trachea with the lungs. However, it was less efficient at replicating in the lung tissue than Delta and the wild-type SARS-CoV-2.

Other research groups have compared the ability of the Omicron, Delta, and other SARS-CoV-2 variants to cause illness in animal models, such as hamsters and mice.

There is a link between infection with the Delta and other variants and weight loss in hamsters and mice after 1 week, with some data suggesting a correlation between increased virus levels in the respiratory tract and weight loss.

However, various research groups have independently shown an absence of such weight loss in hamsters and mice after an Omicron infection.

Consistent with this, there is growing evidence suggesting that people with an Omicron infection are less likely to be hospitalized or to require intensive care unit admission or mechanical ventilation than individuals with the Delta variant.

Medical News Today spoke with Dr. Scott Roberts, a professor of infectious diseases at the Yale School of Medicine in New Haven, CT. He said,

“A number of laboratory-based studies have now shown that the Omicron variant is less able to infect the lungs as well as other variants and, as a result, is leading to less patients being admitted with pneumonia who require oxygen and ventilators.”

“We are seeing [that] the majority of patients infected with Omicron have mild disease that is more localized to the upper respiratory tract and that hospitalizations are not rising as fast as they have with prior variants,” Dr. Roberts added.

“However, hospitalizations and deaths lag behind overall case counts, and as our cases are continuing to rise and set daily records, we ultimately need to wait several more weeks to get a full picture of disease severity here, in the United States.”

A shift in preference for cell entry pathway

The Omicron variant carries a large number of mutations in the gene encoding the spike protein, which is expressed on the surface of the SARS-CoV-2 virus.

The SARS-CoV-2 spike protein binds to the ACE2 receptor expressed on lung cells and helps the virus enter the cell. The cleavage of the spike protein by an enzyme called TMPRSS2 present on the surface of human cells is necessary before the fusion of the virus membrane with the human cell membrane can occur.

The SARS-CoV-2 virus can also enter human cells by an alternative pathway. This pathway involves the engulfment of the virus by endosomes, which are membrane-bound sacs present inside the cell.

Studies using laboratory-cultured cells suggest that mutations in the spike protein of Omicron have altered its ability to enter human cells with the help of TMPRSS2.

These studies have found that the Omicron variant is less effective at infecting laboratory-cultured lung cells expressing TMPRSS2 than the Delta variant.

By contrast, Omicron is more effective than Delta at infecting cells that allow cell entry through the endosome pathway.

The interaction of the SARS-CoV-2 spike protein and TMPRSS2 is also involved in mediating the fusion of infected human cells with adjacent uninfected cells.

The reduced ability of the Omicron spike protein to utilize the TMPRSS2 enzyme also limits its ability to infect adjacent cells. This could further contribute to the lower severity of lower respiratory tract infection due to COVID-19.

These results are from cell culture and animal studies. Therefore, human studies are necessary to establish that such a change in Omicron is responsible for its reduced ability to infect lung cells.

MNT spoke with Dr. Peter Kasson, a professor at the University of Virginia in Charlottesville. He said:

“This correlates with the pattern of disease observed in Omicron — while lower lung pathology is observed, upper airway disease is often more common,” he concluded.

In addition to causing less severe illness, the Omicron variant is also more transmissible. The animal and cell culture studies also suggest that Omicron may be more efficient at infecting the upper respiratory tract.

Studies conducted during the early stage of the pandemic show an association between levels of SARS-CoV-2 in the upper respiratory tract and increased transmission.

The faster replication of Omicron in the upper respiratory tract may thus explain its increased contagiousness.

“[These studies] give rise to an attractive speculation that the increased replication in upper airway tissues may contribute to increased transmissibility, potentially both by increasing the exhaled viral load and by decreasing the number of viral particles needed to infect, although, to my knowledge, this has not been demonstrated definitively,” Dr. Kasson explained.

The increased contagiousness of the Omicron variant may also be due to its ability to escape detection by antibodies.

The vaccines against COVID-19 have been designed to induce an immune reaction against the spike protein of the wild-type SARS-CoV-2 strain.

The presence of the mutations in the spike protein of the Omicron variant suggests that this variant may escape neutralization by antibodies.

A study led by researchers at the MRC-University of Glasgow Centre for Virus Research in the United Kingdom has shown that the Omicron variant can escape neutralization by antibodies in individuals immunized with the AstraZeneca COVID-19 vaccine. This could be another reason for the high transmissibility of the Omicron variant.

Although scientists need to carry out more research before we can draw solid conclusions, the characteristics of this new variant are slowly being revealed.

For live updates on the latest developments regarding the novel coronavirus and COVID-19, click here.