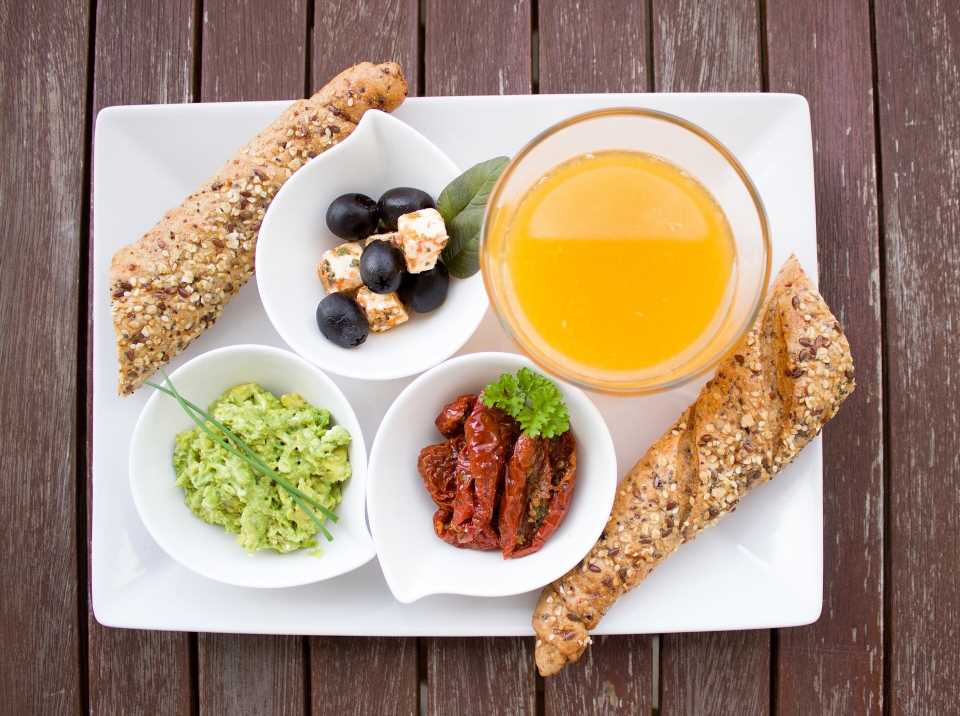 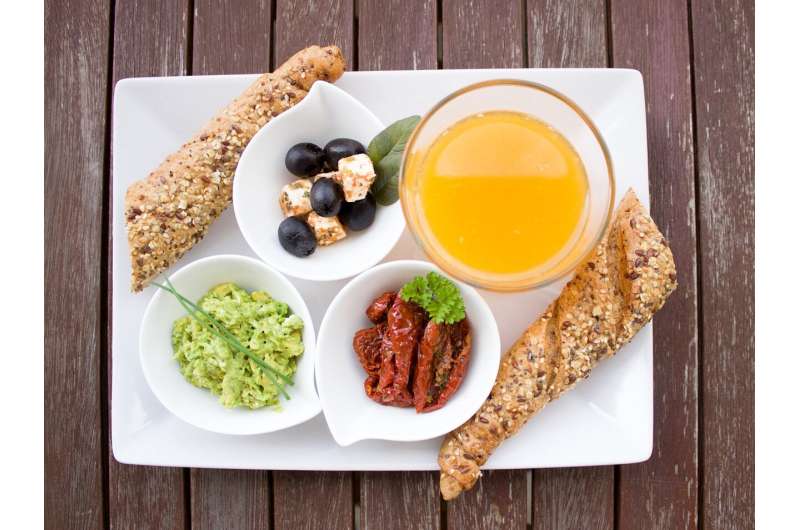 “We already have significant evidence on the associations between nutrition and mental well-being, and there is also preliminary evidence showing that some people with depression will have fewer symptoms when they improve the quality of their diet. The importance of nutrition is also gaining footing in psychiatric care,” a postdoctoral researcher and clinical dietitian Anu Ruusunen says.

Ruusunen is an adjunct professor in nutrition, specializing in psychiatric disorders in particular, and her research has a specific focus on the associations of nutrition with mental health. She works as a university lecturer at the Institute of Public Health and Clinical Nutrition in the University of Eastern Finland, and as a nutritionist at the Department of Psychiatry in Kuopio University Hospital. She has also been a Postdoctoral Research Fellow at the Food & Mood Center at Deakin University in Australia—a pioneer in nutritional psychiatry –, and she is still involved in some of the center’s research projects developing nutritional therapy for mental health disorders.

Studies show that diets which comply with nutrition recommendations, including those designed to protect against cardiac diseases and cancer, are also good for one’s mood, mental health, and brain health. A diet that supports mental well-being is rich in vegetables, berries and fruit of different color, whole grain products, legumes and nuts, fatty fish and unsaturated fats, like plant oils. This kind of a diet can protect against many changes that are associated with mental health disorders, such as low-grade inflammation and oxidative stress.

“There is also preliminary evidence on the effects of the diet on neuroplasticity. Dietary patterns that are consistent with nutrition recommendations have been linked to a higher volume of the hippocampus. The hippocampus plays an important role in memory and learning, as well as in mood.”

Many effects of the diet are mediated via gut microbes: the food we eat contributes to which microbes thrive in our gut, and what kind of compounds they produce and release to different pathways. Among other things, gut microbes produce neurotransmitters, and they communicate with the brain via neural signals.

These mechanisms are favorably influenced by a diet that is mainly plant-based—thanks to it being rich in, e.g., polyphenols, vitamin C, folate and fiber. Polyphenols are plant metabolites that act, for example, as antioxidants, like vitamin C. A diverse intake of polyphenols can be ensured by eating vegetables and berries of different, and preferably, rich in color. Folate is found especially in whole grains, legumes, dark green vegetables and cabbages. Gut microbes process fiber to produce short-chain fatty acids that mitigate inflammation. For example, omega-3 fatty acids in salmon, vegetable oils and nuts also contribute to mitigating inflammation. By lowering levels of the stress hormone cortisol, they also soothe hyperactivation of the stress regulation system.

According to the Finnish Current Care Guidelines for Depression, an omega-3 supplement to be taken with an antidepressant may be beneficial to individuals with treatment-resistant depression.

Some nutrient deficiencies, such as those of folate and vitamin B12, have been linked to depression.

“Both of these are needed for the production of serotonin and other neurotransmitters. This is why patients with depression are often referred to a blood test to check their folate and vitamin B12 levels. Mental fatigue and a low mood can also be explained by vitamin D or iron deficiency,” Ruusunen says.

“The primary objective is always to improve the quality of the diet, but clear nutrient deficiencies are also treated with supplements. If a person’s diet is lacking variety and thus nutrient intakes are low, a regular multivitamin supplement can be recommended even without a blood test. However, there must always be a good reason for using supplements.”

A diet that promotes well-being starts from regular meals

Ruusunen’s doctoral dissertation of 2013 examined the association between the diet and the risk of depression. The study investigated the nutrition intake of over 2,000 middle-aged men living in Eastern Finland and followed up on their health for more than 20 years. The results showed that those eating a healthy diet had a lower risk of depression.

“Similar observations have since been made in other populations and age groups. Intervention studies have also shown that, in people with depression, improving the quality of their diet can reduce depressive symptoms.”

The Food for the Mind project currently ongoing in Eastern Finland is examining the benefits of strength-centered nutrition rehabilitation in the treatment of depression, with Ruusunen as a member of the research team. In the near future, results are also expected from a randomized controlled trial carried out at Kuopio University Hospital to investigate the effects of vitamin D supplementation on depressive symptoms in people with depression.

“The big question is how to support lifestyle changes in a situation where someone’s resources are limited, someone is exhausted and coping with everyday life is challenging. People’s financial situation can be poor, and the mere idea of going to the store or cooking a meal may be too much. Some lose their appetite, for others it’s the opposite. Together with patients, we can think about concrete solutions to these challenges.”

A meta-analysis published recently by Ruusunen and international colleagues showed that up to 40% of people with severe mental health disorders, such as severe depression, bipolar disorder or schizophrenia, experience food insecurity. Food insecurity can mean, for example, that there is not enough money for food, or that eating is lacking variety or is irregular.

“In some people, mental health disorders lead to weight gain and to an elevated risk of lifestyle diseases, which may also be affected by certain medications. Many antipsychotics, in particular, increase appetite and reduce satiety. Rapid weight gain may also shatter compliance to treatment. It would be ideal if a dietitian could team up with a physical therapist to support the patient’s treatment right from the beginning. Examples of such models of treatment already exist elsewhere in the world.”

Regular meals, starting from breakfast, can help to improve the activation of the mind and the body, and they also provide control over eating. Indeed, with many of her clients, Ruusunen is trying to re-establish a regular meal rhythm.

“First and foremost, we are talking about what could be added to the client’s life or diet to promote their well-being, and to better support their coping and recovery.”

In recent years, the possibilities of the ketogenic diet in the treatment of brain disorders and mental health disorders have been met with keen interest. The ketogenic diet strictly restricts the intake of carbohydrates, and the intake of fats is higher than usual. This creates a fasting-like state, ketosis, where the brain mainly uses ketones as a source of energy.

“In severe epilepsy, the ketogenic diet is already a proven and approved form of treatment, although not all of the reasons for its effectiveness are known. The effects seem to be related to mitochondrial function, among other things,” Ruusunen says.

Mitochondria are the powerhouses of the cells, and the ketogenic diet sets their function to a new gear. Many diseases, such as schizophrenia and other psychotic disorders, are associated with mitochondrial dysfunction.

“In some case studies, the ketogenic diet has worked in reducing the symptoms of schizophrenia, and even relatively quickly. However, this finding has not been confirmed in a randomized controlled trial yet, and that’s what we’ll be carrying out here in Kuopio. If the ketogenic diet showed therapeutic effect, it could open up new opportunities for treatment, especially for patients whose response to pharmacotherapy is poor. However, without sufficient evidence, the diet cannot be recommended for treating the symptoms of schizophrenia.”

The six-week pilot study on the ketogenic diet will be carried out among hospital-admitted inpatients suffering from psychotic symptoms.

“The combination of the ketogenic diet, which is challenging to implement, and a severe illness is not easy. However, it is easier to do this in a hospital setting than at home. The ketogenic diet should always be implemented under the guidance and supervision of healthcare professionals. A similar study will be starting at Deakin University for people with bipolar disorder.”

Psychobiotics are of interest also in the treatment of anorexia nervosa

There is still plenty of research to be done when it comes to the link between the diet, gut microbes and mental health. For example, researchers have found that the gut microbiome of patients with anorexia nervosa is different to that of healthy individuals, but it is not yet known whether this is the cause or the consequence.

“Different studies have reported different changes in the microbiome of people with anorexia nervosa. For instance, their microbiome have bacteria that are rare in healthy individuals, and they also have fewer bacteria that produce important short-chain fatty acids. This is not surprising because the diet is known to affect the composition of the gut microbiome, and we know how altered the eating behavior of people with anorexia often is.”

Ruusunen is interested in how gut microbes affect recovery from anorexia nervosa, and how this could be taken into account in nutritional therapy. This is being examined in the ReGut project carried out in collaboration with Australian partners.

“There are considerable differences in the uptake of energy and nutrition between people with anorexia nervosa, and this could theoretically be explained by different strains of microbes. For example, when two patients get the same amount of energy from their diet in a hospital setting, one of them might get their weight restored easier, while the other’s weight might be very difficult to recover. Microbes may also be a link to the gastrointestinal problems and mood, anxiety and behavioral symptoms typical of anorexia nervosa.”

“We are keen to learn whether the composition of the gut microbiota could predict recovery, and also whether recovery could be promoted by modifying the gut microbiome.”

“These have not been studied much in anorexia nervosa, but based on our review, they really should.”

“In nutritional therapy for anorexia nervosa, regular meals, sufficient intake of energy to restore the nutritional status and weight, eating diverse foods, learning flexible eating, and challenging anorexic thoughts, play a key role. Research will eventually show whether food that supports the well-being of the gut should also be recommended to support recovery.”

Speaking volumes of the growing interest in the topic is the fact that a new term has been coined for probiotics and prebiotics that have a beneficial effect on mental health via the gut: psychobiotics.

“Some research into probiotic products in the treatment of depression has already been conducted, with some reported benefits, too. However, more evidence is needed. In principle, a diet that is rich fiber, colorful veggies and fermented foods may be psychobiotic as such.”

“Pharmacotherapy is essential for many, and many find psychotherapy and counseling indispensable. Besides the diet, other lifestyles, such as sleep, stress management and physical activity, are important. These are also discussed during an appointment with a dietitian.”

In addition to doing research, Ruusunen has also been involved in the development of nutritional therapy for people with mental health disorders, and she has been teaching it to future dietitians and nutritionists.

“It was like winning the lottery to be recruited for a newly established nutritionist position at Kuopio University Hospital right after my Ph.D. Working with patients has helped me to better understand people’s different circumstances and challenges of treatment, also from the perspective of research.”