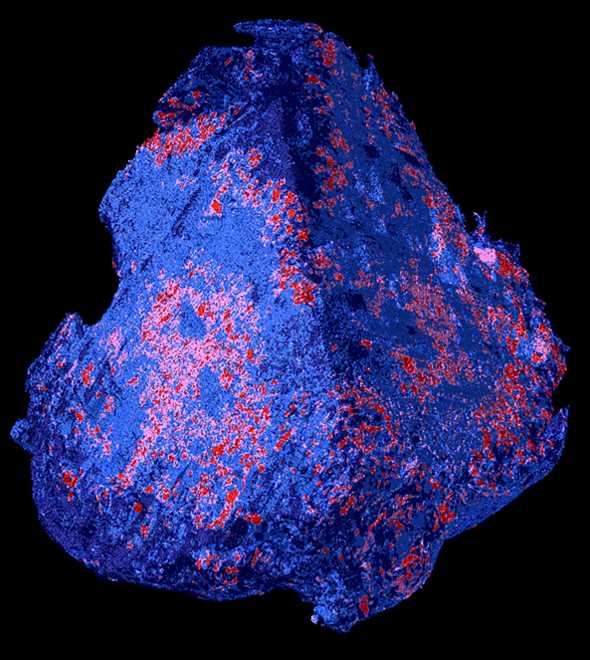 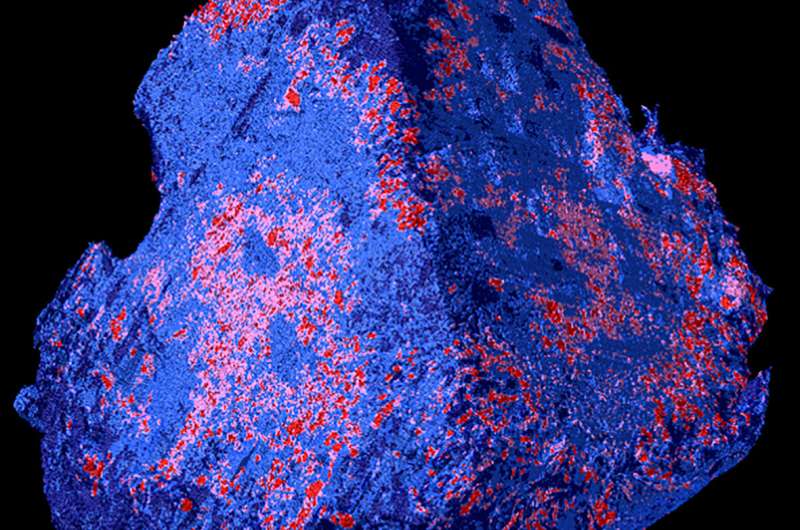 A blood clot in the brain that blocks the supply of oxygen can cause an acute stroke. In this case, every minute counts. A team from Empa, the University Hospital in Geneva and the Hirslanden Clinic is currently developing a diagnostic procedure that can be used to start a tailored therapy in a timely manner, as they write in the current issue of the journal Scientific Reports.

There is no warning sign: From one moment to the next, entire brain areas are blocked. When a clot occludes a blood vessel, the oxygen supply to the brain is interrupted, and the affected person suffers an acute cerebral stroke. The life-threatening condition can manifest itself in many different ways: from muscle paralysis to loss of hearing or vision to unconsciousness. But one thing is certain: This is a medical emergency, and the time span until the vascular blockage is resolved must be as short as possible in order to save as many nerve cells as possible from dying. This is the only way to prevent permanent neurological damage.

Which treatment is best suited for this purpose is not always easy to determine in the required rush. Based on X-ray analysis and electron microscopy, a team from Empa, the Hirslanden Clinic and the University Hospital in Geneva is currently developing a method that should enable the optimal therapy to be identified in the shortest possible time. A first study has been published in the scientific journal Scientific Reports. This data should provide the basis for tailored treatment in the sense of personalized medicine.

The reason for this dilemma: Not all blood clots are the same; depending on the type, different types of cells can clump together. Depending on whether red or white blood cells predominate, or on the proportion of fibrin fibers, the thrombus has completely different properties. In addition, thrombi differ greatly in shape. A 15-millimeter-long thrombus that does not completely fill a blood vessel has different mechanical properties than a clot that is only a few millimeters short but completely blocks a vessel and the blood supply to the brain areas behind it. The optimal treatment depends on these differences, whether it is dissolving the clot with drugs or using a so-called stent retriever, a kind of tiny fishing rod with which the thrombus in the blood vessel can be “fished out” and whose material can be selected differently depending on the thrombus. 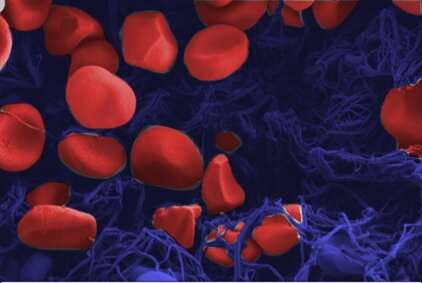 Radiology currently relies on conventional computed tomography scans to make the therapeutic decision. However, images of the patient’s head provide little information about the details of a clot because objects made of similar materials are too difficult to distinguish from one another and to resolve spatially. Moreover, in everyday clinical practice the resolution of the images is limited to 200 micrometers.

This is different with laboratory methods, which the researchers used for their new study: The team, with the participation of Robert Zboray, Antonia Neels and Somayeh Saghamanesh from Empa’s Center for X-Ray Analytics, had examined various blood clots taken from patients during neurosurgical procedures. For this purpose, different laboratory technologies were combined, resulting in virtual 3D images that revealed detailed and previously unknown properties of blood clots. “We used 3D micro-tomography to examine individual red blood cells down to the micrometer-range,” says Empa researcher Zboray. Such tomography using phase-contrast techniques produces stronger contrast. Objects that are easy to penetrate, such as muscles, connective tissue or blood clots, can thus be visualized in particularly fine nuances and in their spatial spread.

Other technologies such as scanning electron microscopy and X-ray diffraction and scattering methods provided additional information down to atomic levels. Here it was shown for the first time that a thrombus not only consists of blood cells and fibrin networks, but can even be interspersed with minerals such as hydroxyapatite, as is known from vessel walls in arterial calcification.

However, this detailed information on the peculiarities of a blood clot comes too late, when the thrombus has already been surgically removed. In addition, the newly acquired data cannot be compared with the conventional images and findings in the hospital. Digitalization in medicine, meanwhile, allows the data to be modeled in such a way that an algorithm could read out the detailed information in the future. “To do this, we still need to study a large number of thrombi so that we can use machine learning to identify new features and image patterns regarding the composition of the clot, which can then be transferred to conventional hospital images to help distinguish different types of thrombi,” Zboray said.