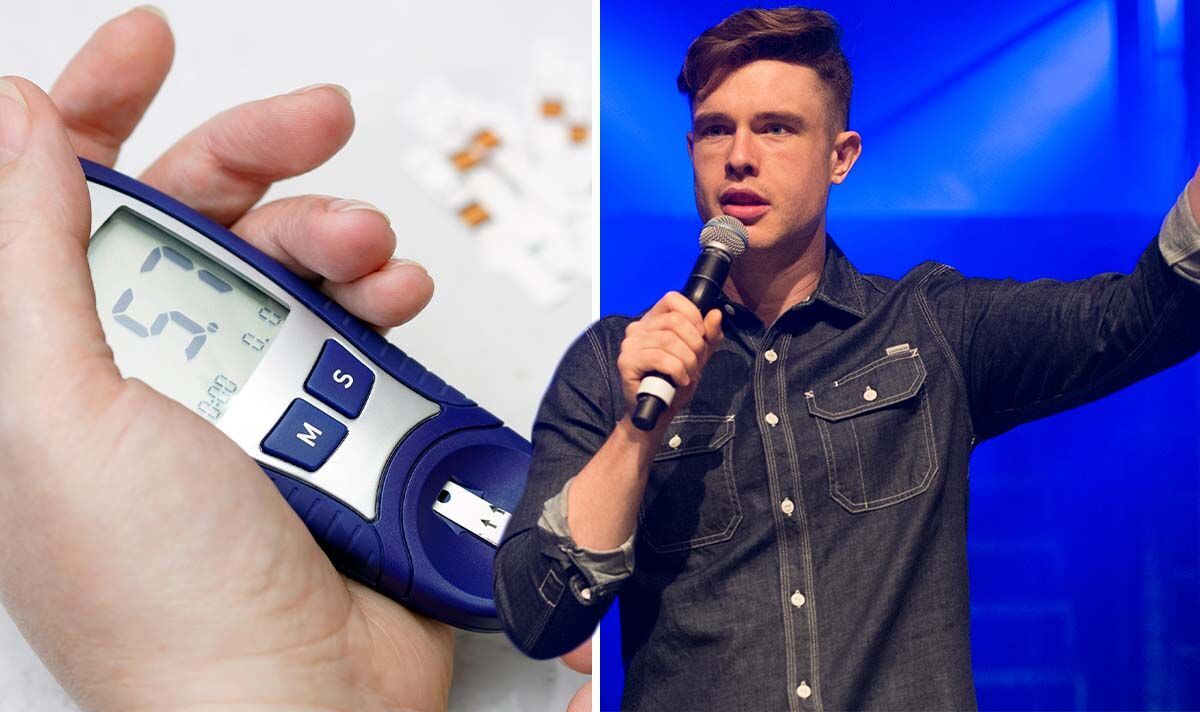 Type 2 diabetes can be a 'devastating diagnosis' says expert

“I don’t think I even noticed that it was happening,” said Ed about his first symptoms during an exclusive interview with Express.co.uk. The NHS notes that diabetes symptoms can often feel general, leaving many patients unable to notice there’s something wrong. Fortunately in Ed’s case, his mum who worked as a nurse spotted the red flags.

Ed’s first symptoms included the usual culprits characteristic of the condition – frequent need to pee and thirst which “sort of go hand in hand”.

The comedian recalled: “I was constantly getting up in the night to pee and downing pint after pint of water.

“I remember feeling quite light-headed or feeling shaky and feeling hungry but that wouldn’t seem like a symptom necessarily.

“They were just little red flags and little warning signs that luckily meant my mum sent me along to a professional.”

Having worked as a nurse and for the NHS during her whole career allowed her to spot the telltale signs.

According to the health service, the main signs of the blood sugar condition include:

The health service recommends seeing a GP “as soon as possible” if you struggle with symptoms like these.

After Ed visited his doctor, he received the confirmation of type 1 diabetes. Type 1 is a chronic condition characterised by soaring blood sugar levels.

Unlike in type 2 diabetes, patients with this condition can’t make a hormone called insulin at all.

Without insulin, their blood sugar levels can climb to dangerous heights, hiking the risk of severe health problems.

“At the time, I didn’t even fully understand the seriousness of it and the chronic nature of it,” recalled Ed about receiving the diagnosis as a 13-year-old.

Once you get type 1 diabetes confirmed, life turns into constant finger pricking to monitor the levels of glucose in the blood and using insulin injections before meals.

“It was only when I sort of hit my proper teenage years that I fully took it on board and realised what a lifestyle change it was,” he said.

Ed shared that the “biggest lesson” was to learn not to strive for perfection. He added: “That is just an invitation to terrible mental health.

“There’s so many environmental factors that mess with it. You could try and work out a system, where you’re giving the exact right amount of insulin, weighing out everything you’re eating, doing the same every day.

“But if the weather’s hot, it’s going to have an impact so you’ve just got to roll with the punches.”

However, Ed managed to get rid of the “biggest annoyance” that finger pricking represented and now he uses a Dexcom G6 Continuous Glucose Monitoring System instead.

This technology has a sensor, which is permanently stuck to his stomach and places a little needle under his skin.

This allows him to check his blood glucose levels on his phone whenever he wants.

Apart from this tech advancement, he shared that a low-carb diet and regular exercise are an “absolute key” in his case. “If I’m eating carbs for every meal, I find I’m sort of on a bit of a roller coaster of blood glucose levels,” he said.

Despite his condition, he loves food, enjoys thinking about it “all of the time” and even likes to cook.Ed said: “It is funny because it does like obviously hugely interact with my condition but I think it just makes me love food more and appreciate it more.”

As a type 1 diabetic, he’s able to eat everything as long as he uses his insulin shots.

Now, the comedian is planning to go back on tour in September with his “funniest” show yet. “It’s very silly, it’s very dumb stuff, it’s quite rude but it’s been a lot of fun and it’s just felt like a party every night,” he said about the first 50 dates he had already done.