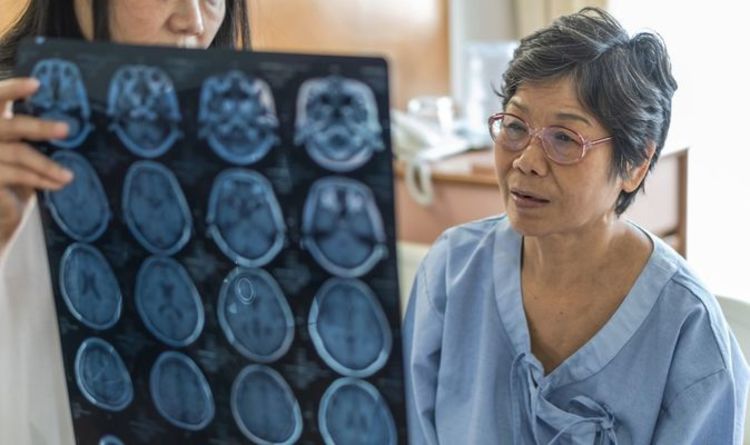 Dementia: Dr Sara on benefits of being in nature

A new treatment has been identified that could delay the onset of Alzheimer’s disease in at-risk groups.

The ADHD medication – atomoxetine – reduced levels of the protein Tau, which forms tangles in the brain and leads to Alzheimer’s disease.

Senior author Professor David Weinshenker, PhD, said: “One of the major advantages of atomoxetine is that it is already FDA-approved and known to be safe.

“The beneficial effects of atomoxetine on both brain network activity and CSF markers of inflammation warrant optimism.”

The drug works by boosting levels of the neurotransmitter noradrenaline, also called norepinephrine.

The area of the brain that produces norepinephrine – the locus coeruleus – is one of the first to show signs of Alzheimer’s, often in healthy pre-symptomatic people.

Alzheimer’s has been linked to a buildup of the proteins tau and beta-amyloid, which is why the researchers were hoping the norepinephrine boosting drug could help with treatment.

“Moreover, our exploratory studies show promising results on imaging and spinal fluid biomarkers which need to be followed up in larger studies with longer period of treatment.”

The study, published in the journal Brain, looked at a group of 39 people who suffered from mild cognitive impairment.

Mild cognitive impairment is considered a precursor condition to Alzheimer’s and is often targeted as a stage at which treatments might be able to prevent the disease progressing.

This precursor can see milder symptoms such as memory loss or a reduction in speed of thought.

The study saw a five percent drop in tau levels over a six month period.

If this improvement is persistent over longer periods than it could have a significant effect on the brain.

The researchers did not find any change in the levels of beta amyloid, the other protein linked to Alzheimer’s disease.

Brain imaging conducted as part of the study also identified an increase in activity within the medial temporal lobe, an area critical in the formation of memories.

Repurposing medicine is not a new practice, with many medications possessing multiple uses.

Applying an old treatment to a new condition can also allow fast tracking of safety testing when there is already a large number of people taking the medication without issue already.

In some cases side effects can be uncovered that weren’t known previously.

The 1960s drug thalidomide, which caused a large number of birth defects when taken by pregnant mothers, was originally formulated as a tranquilliser and hadn’t been tested on pregnant women.

It has since been repurposed in the treatment of some cancers and skin conditions.

The NHS has specific guidance on the use of repurposed medications.

Often these need to be prescribed “off-label” until official guidance is available that allows for their use in new circumstances.

Doctors will only agree to an off-label prescription when they believe there is sufficient medical evidence to support the drug’s use.

Aspirin is a successful example, with doctors prescribing it for heart conditions.