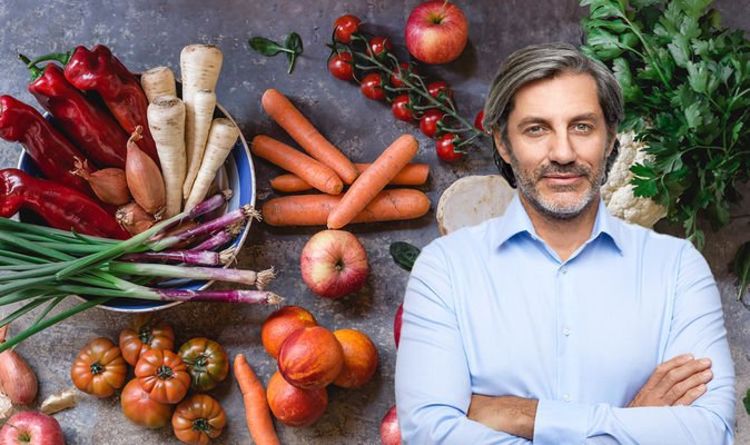 Dementia is a general term for a cluster of symptoms that involve worsening cognitive function. Memory loss is often the first casualty and the symptom can cause someone to forget who they are in the later stages. However, research continues to suggest that brain decline can be slowed down or even warded off by making earlier lifestyle interventions.

New research published in the journal Neurology builds on this theory.

Researchers in the US found that a diet high in flavonoids was associated with improved memory.

Participants who consumed high levels of flavonoids were less likely to report a decline in memory and thinking in the study.

The former is among the largest prospective investigations into the risk factors for major chronic diseases in women.

The HPFS explored the nutritional factors that may influence the development of serious illnesses.

Volunteers in the studies self-reported what food they ate.

The volunteers evaluated their own memory and thinking twice during the study.

Participants who consumed high levels of flavonoids were less likely to report a decline in memory and thinking later in the study.

Dr Sara Imarisio, Head of Research at Alzheimer’s Research UK, said: “Understanding the different factors that affect our dementia risk is vital for finding new ways to reduce the number of people who develop the condition in the future. While the researchers found that those eating a diet with high levels of flavonoids were less likely to report memory and thinking problems, we should treat these results with caution.

“The study relied on participants accurately filling out a survey about what they ate, rather than having their food intake monitored. What’s more this study didn’t look at dementia, and we can’t know from this research whether a diet high in flavonoids would have any effect in either preventing or delaying the onset of the condition.

“Dementia is caused by a complex mix of age, genetics and lifestyle factors. From this study alone we are unable to untangle diet or a specific food component from other lifestyle factors which contribute to dementia risk.

“While a balanced diet is one way we can help to maintain a healthy brain, the best current evidence points to a number of other lifestyle factors that can also play a role. These include not smoking, staying mentally and physically active, drinking within the recommended guidelines and keeping blood pressure and cholesterol in check.

“At Alzheimer’s Research UK, we are asking people to think about their brain health and would encourage people to learn more about your incredible brain and the steps you can take to protect it by taking part in our quiz.”

Flavonoids are naturally occurring compounds found in plants and are considered powerful antioxidants.

According to the British Heart Foundation (BHF), you should avoid:

The MIND (Mediterranean-DASH Intervention for Neurodegenerative Delay) diet has also been shown to offer brain benefits.

It was created by researchers at Rush University in Chicago, to help prevent dementia and slow age-related loss of brain function.

It’s a combination of two diets already known to reduce risk of heart and circulatory disease:

The Mediterranean diet (based on whole grains, fish, pulses, fruits and vegetables)

The DASH (Dietary Approaches to Stop Hypertension) diet. The DASH diet is designed to control blood pressure – a risk factor for heart and circulatory diseases and dementia. It’s similar to the Mediterranean diet, but with a greater emphasis on reducing your salt intake.