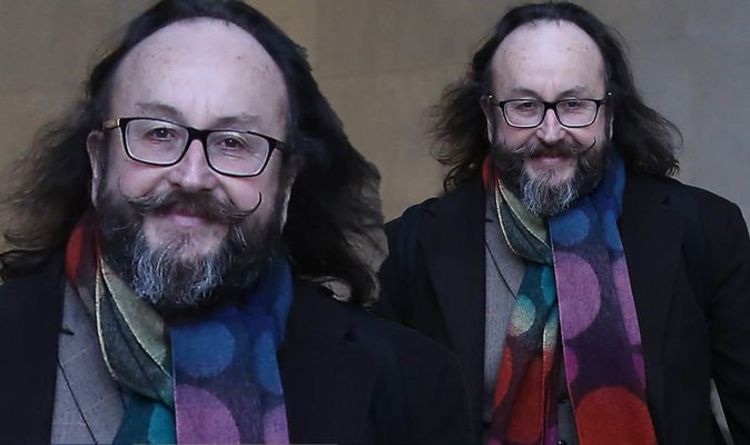 Starring in their newest series BBC Hairy Bikers: Route 66, Dave and his working partner, Si King, head to the American state of Missouri to find out about the origins of the historic road. They then travel to Kansas and finally reach Oklahoma. His successful career seems miles away from the medical condition Davy battled as a child, that was reportedly caused by stress after his mum Margaret was diagnosed with multiple sclerosis (MS).

Reflecting on his childhood and the trauma that the condition caused him, Dave jokingly said: “How ironic I’m now a Hairy Biker! I never thought I would end up with a head full of hair and a bushy beard.”

In an interview with Chronicle Live, Dave revealed that he now spends a fortune on styling products and visits expensive hairdressers to make up for the years in which he went completely bald.

“I was eight when it happened. My hair started coming out in clumps and within three weeks I had none.

“The doctors said it was alopecia and it was caused by stress because my mum was suffering from MS.

“They put me on Valium but that did nothing but make me fall off my bike!

“In those days, not much was known about it.

“One doctor made me rub some smelly ointment on my head, which did nothing, and I tried steroid injections and that did nothing but give me big bleeding lumps on my head.

“It wasn’t too bad when I was little but when I turned 14 my eyelashes and eyebrows fell out and I hated it.

“There weren’t many good bald role models when I was growing up apart from some Kung Fu bloke or Yul Brynner.”

His mum’s health was similarly going downhill, and within two years of her diagnosis she was in a wheelchair.

“I would wake up every morning to find clumps of hair clinging to my nylon sheets.

“My biggest fear was that I was never going to get a girlfriend like the other boys in my class at Barrow Grammar School.

“I was never bullied. There were nicknames like Fester and Baldy but when you go to a big Northern school you learn to stand up for yourself.

“As I grew older I learnt to deal with it. My hair would grow back in bits but I’d shave it off and people thought it was a fashion statement. When I went to art college in London and trained as a make-up artist nobody batted an eyelid.”

Despite the nasty treatments Dave endured, which led to severe side effects, it wasn’t until he was training in Luxembourg and was suddenly rushed to hospital that the root cause of his alopecia was determined.

Doctors found that Dave had an apple-sized shadow on his brain which turned out to be a benign cyst. After the removal of the cyst, his hair miraculously started to regrow.

“It was brilliant. I think the cyst must have been pressing on the bit that was affecting my hair growth.

“The best bit was going to some posh London hairdresser and them telling me, ‘You’ve got split ends.’ I felt like saying, ‘Split ends! Do you know how much I used to dream of having them?’, and now I have.”

Alopecia UK explains that a condition known as alopecia areata is an autoimmune condition which often starts with isolated patches of hair loss across the scalp and body. The condition is caused by cells attacking the hair follicle and preventing it from producing more hair.

In addition to hair loss, individuals can experience a tingling, burning, itching sensation, headaches or even pain in the skin, although this is rare.

The UK based charity continues to explain that there is currently no cure for alopecia areata, however, there are a variety of treatments on offer although none are guaranteed to work. Common treatments include medication such as corticosteroids.