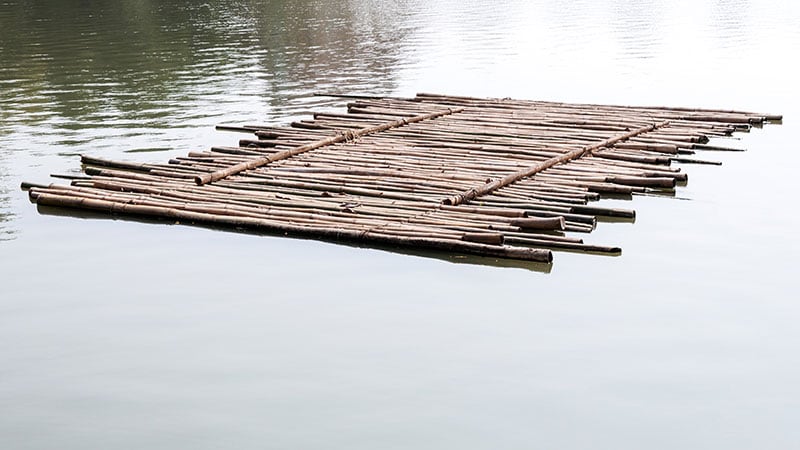 CHICAGO – Extended follow-up of patients with heart failure enrolled in the RAFT trial strengthens the case for starting treatment early with a cardiac resynchronization therapy plus defibrillation (CRT-D) device in appropriate patients.

RAFT, which compared CRT-D with treatment with an implantable cardioverter defibrillator (ICD) alone, showed that the early survival benefit produced by CRT-D during an average 40-month follow-up in the original trial persisted during an additional mean follow-up of about 5 years. This result strengthens the case for starting treatment early with a CRT-D device in appropriate patients with heart failure.

During extended follow-up of more than half of the enrolled patients, out to an average of 7.6 years overall and to an average of 12.9 years among survivors, patients who received a CRT-D device had a significant 21% relative reduction in their rate of all-cause mortality compared with randomized patients who received an ICD and no cardiac resynchronization, John L. Sapp, MD, reported at the American Heart Association scientific sessions.

The primary results of RAFT were first reported in 2010.

This magnitude of a survival benefit among the patients originally randomized to CRT is “dramatic,” given that many of the comparator patients who initially received no CRT likely crossed over to receive a CRT-D device once the initial, randomized 4 years of the study finished, commented Lynne W. Stevenson, MD, director of cardiomyopathy and the Lisa M. Jacobson Professor of Cardiology at Vanderbilt University Medical Center in Nashville, Tenn., who was not involved with the study.

The new findings “strengthen our conviction that CRT can remap the trajectory” of selected patients with heart failure, and that “candidates for CRT should be vigorously identified,” Stevenson said in an interview.

She also noted that the benefit with extended follow-up was “strikingly parallel” to that seen at 12 years after the addition of an ACE inhibitor for mild heart failure during the 4 years of the landmark SOLVD trial. The new RAFT extended follow-up, as well as the 12-year follow-up of the SOLVD trial, “support the concept that longer follow-up reveals vital information not provided by the relatively short randomized trial period,” she said.

“The totality of these data shows that CRT also treats the underlying heart muscle weakness, which helps patients live longer. Previous data showed that patients with left bundle branch block eligible for CRT are unlikely to respond well to the usual, recommended heart medications so it is important to start treatment with CRT-D early,” declared Stevenson, who cochaired the session where Sapp gave his report.

RAFT randomized 1,798 patients with New York Heart Association (NYHA) class II or III heart failure, a left ventricular ejection fraction of 30% or less, and an intrinsic QRS duration of at least 120 msec to receive either a CRT-D or ICD device. The study’s primary endpoint was death from any cause or hospitalization for heart failure. After an average 40 months of randomized follow-up, the primary endpoint occurred in 40% of the patients with an ICD and in 33% of those with a CRT-D device, a significant 25% relative reduction linked with CRT-D use. Both endpoint components contributed to the combined result significantly and to about the same extent, and the incremental benefit from CRT-D was significant for patients with NYHA class II heart failure as well as for those with class III.

However, prespecified subgroup analyses showed that the incremental benefit from CRT-D was significantly limited to patients with an intrinsic QRS duration of at least 150 msec, while in those with a duration of 120-149 msec CRT-D had a neutral effect compared with ICD. The same pattern also appeared when the analysis split patients into those with a left bundle branch block, who significantly benefited from CRT-D, but the initial benefit was not apparent in patients with right bundle branch block.

A Study Subgroup With Extended Follow-Up

The new, extended follow-up analysis presented by Sapp included 1,050 of the original 1,798 patients (58%) enrolled at any of eight participating Canadian centers that each enrolled at least 100 patients and followed them through the end of 2021 (the full study cohort came from 34 centers, including 10 centers outside Canada). This subgroup included 520 patients randomized to receive CRT-D and 530 who received an ICD. Although this was a post hoc subgroup analysis, the CRT-D and ICD arms matched closely in all measured baseline characteristics.

The prespecified primary outcome of this follow-up analysis was the rate of all-cause mortality. Because of their longer disease trajectory, this pared-down study cohort included many more patients with NYHA class II function, 803, and in this subgroup CRT-D exerted a significant 23% incremental reduction in mortality compared with ICD treatment. CRT-D also produced a 17% relative reduction in long-term mortality among patients with NYHA class III function at baseline, but this point estimate of relative benefit was not significant in this subgroup of just 247 patients, said Sapp, a cardiologist and professor at Dalhousie University & Nova Scotia Health in Halifax.

Based on the original RAFT results from 2010, as well as on evidence from several other trials, the current heart failure management guideline from the AHA, the American College of Cardiology, and the Heart Failure Society of America give the highest level of recommendation, level 1, for CRT in patients with a left ventricular ejection fraction of 35% or less, sinus rhythm with left bundle branch block, a QRS duration of at least 150 msec, and NYHA class II, III, or ambulatory IV symptoms while on guideline-directed medical therapy.

The guideline also gives class 2a (“can be useful”) or 2b (“may be considered”) recommendation for certain other heart failure patients, including those with a QRS duration of 120-149 msec, a left ventricular ejection fraction as high as 50%, no left bundle branch block, or NYHA class I symptoms.

Although this 2022 guideline, as well as earlier versions that had roughly similar recommendations for CRT for about a decade, have led to “common” use of CRT in appropriate patients in U.S. practice, “it has not been used as much as it should be, in part because there’s been a feeling that CRT mostly treats symptoms and so perhaps you can wait” to start it, said Stevenson.

The findings from the new, extended follow-up RAFT analysis give increased urgency to starting CRT “as soon as possible” in appropriate patients with heart failure, even before they stabilize on guideline-directed medical therapy, said Stevenson. She also downplayed any ambiguity in the RAFT findings about optimal medical therapy, which during the RAFT study included traditional triple therapy at a time before treatment with sacubitril/valsartan (Entresto) and sodium-glucose cotransporter 2 (SGLT2) inhibitors became recommended.

“There is no reason to think that these treatments will negate the benefit of CRT for patients with heart failure with reduced ejection fraction and a wide left bundle branch block,” Stevenson said.

She also believes that the extended follow-up results, which showed clear efficacy for CRT-D in patients with NYHA class II function, support the case for upgrading the current 2b recommendation for using CRT treatment in patients with NYHA class I function and ischemic heart failure to a 2a recommendation regardless of whether or not patients have coronary artery disease. “The difference between class I and class II depends more on a patient’s lifestyle rather than on the severity of their heart failure,” Stevenson noted. “The RAFT study results encourage us to reexamine the clinical class and timing for CRT” in the current heart failure guideline.

RAFT received partial sponsorship from Medtronic. Sapp has been a consultant to Abbott, Biosense Webster, Medtronic, and Varian and has received research funding from Abbott and Biosense Webster. Stevenson had no disclosures.