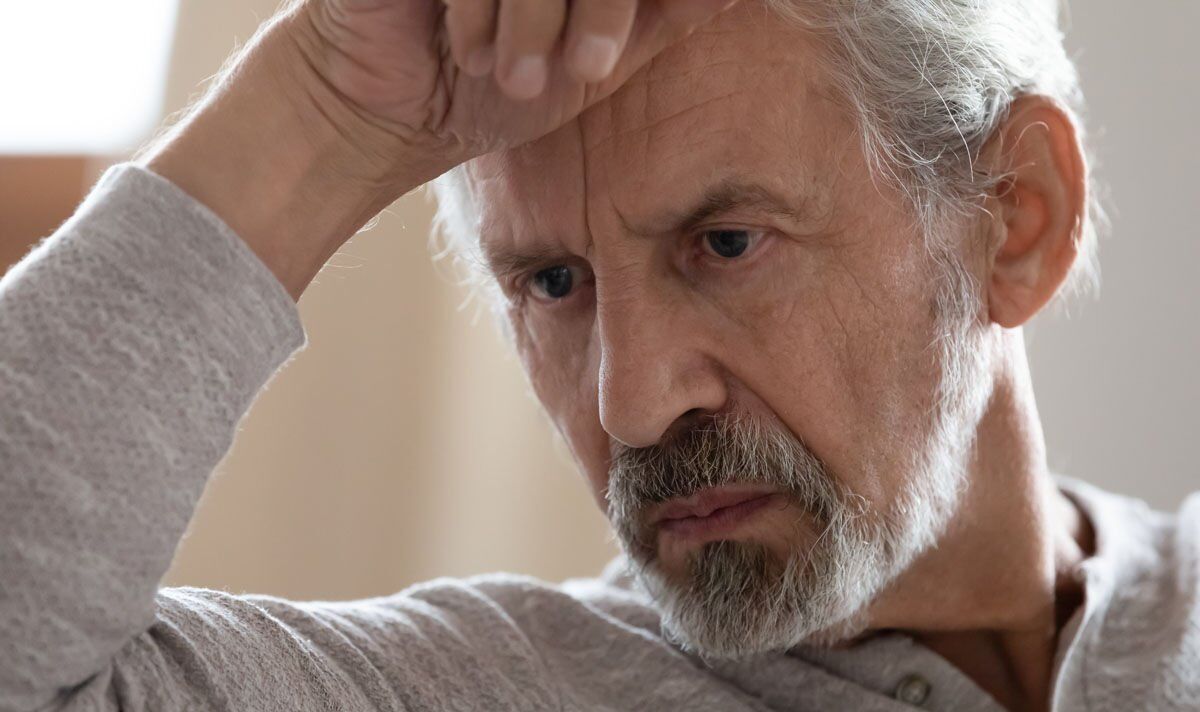 Frequent memory lapses are a classic sign of dementia, but other symptoms can be misleading. Atypical signs like confabulations, for example, can happen in people who are trying to fill in gaps in their memory caused by memory loss. In certain cases, they’ve been recorded as the first symptom in patients with Alzheimer’s disease.

In 2020, the journal Frontiers highlighted two different case studies in which Alzheimer’s patients had reportedly invented information about their past.

The researchers explained: “Confabulation, also known as false memories, have been associated with various diseases involving mainly the frontal areas […].

“The neuropsychological dysfunctions underlying mechanisms of confabulations are not well known.”

In the two cases presented by the journal, confabulations were put down “as the first symptom of cognitive decline”.

According to Frontiers, confabulations are actions and verbal statements unintentionally incongruous with a patient’s history.

In other words, they describe a neuropsychiatric disorder wherein a patient generates a false memory without the intention of deceit.

The confabulations of the first patient, a female aged 77 years, emerged during questioning.

Her husband had reported that her memory had significantly worsened in the previous year and that other symptoms had become apparent like spatial disorientation and spontaneous confabulations.

The confabulation emerged particularly while seeing photos and images of cities around the world.

“She started to narrate journeys she never made,” stated the report.

During a subsequent visit a year later, the patient’s relatives reported stability of her memory deficits and a slight reduction of confabulations.

After running further tests, a diagnosis of mild cognitive impairment due to Alzheimer’s disease was made.

The second patient, a male aged 58, had been complaining about memory impairment for some months with difficulty at work.

“His relatives also reported spontaneous confabulations and reckless behaviours, such as high-speed driving,” said the report.

The patient reported to his physicians that his wife and a lover administered him sleeping pills every night in order to spend time with her alleged lower.

After subsequent tests were carried out, a diagnosis of Alzheimer’s disease was posed.

Studies suggest that the underlying mechanism linking confabulatory tendencies and Alzheimer’s disease is the impairment of connections between the crucial hubs in the frontal and medio-temporal areas of the brain.

The condition is rare in Alzheimer’s disease, however, particularly when compared with other forms of dementia like frontotemporal dementia.

Interestingly, provoked confabulations are said to be more common in the mild stages of the disease.

Spontaneous confabulation, on the other hand, is more often observed in the advanced stages of cognitive decline.