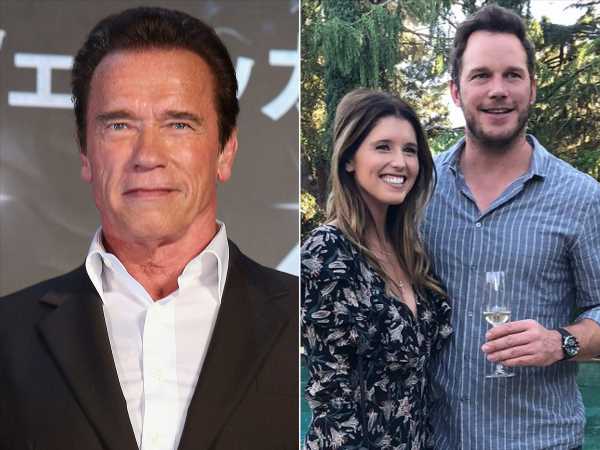 Chris Pratt knew exactly what to do to win over Arnold Schwarzenegger: hit the gym together!

The Terminator: Dark Fate star, 72, stopped by Jimmy Kimmel Live! on Monday night to chat about his new action film, as well as his feelings about his new son-in-law, who married Arnold’s daughter Katherine Schwarzenegger this past June.

“I get along with him really well,” Arnold told host Jimmy Kimmel of Pratt, 40, sharing that the Avengers: Endgame actor asked him for his daughter’s hand in marriage in a “very traditional way.”

But first, they needed to get acquainted — and for Pratt, that meant proving to the legendary actor, politician and former bodybuilder that he could hold his own in the weight room.

“Of course, the first thing when we met, he says, ‘Can we have a workout together? I need to have the inside scoop to the pumping iron,’ ” Arnold said.

And that turned out to be the trick for getting Arnold on board with having Pratt as his son-in-law.

“Pumping iron was the decision-making factor, absolutely. We were in the gym, that was it,” Arnold joked.

He also praised Pratt as “a strong guy” whom he’s “very proud of,” quipping of that first gym session, “When I watched him make his moves in the gym, the incline press specifically did it. [That’s] why I wanted him to become my son-in-law. It was the incline press.”

Though Arnold joked that when he first found out about Katherine’s relationship with Pratt, he was wary.

In all seriousness, though, “I’m really happy that he is such a great guy,” shared the Commando star. “Not only a very talented guy and a great actor and a great star and all this stuff, but a really kind man and kind to my daughter, which is the most important thing for me.”

The couple married on June 8 at the San Ysidro Ranch in Montecito, California after a year of dating, and jetted off on a Hawaiian honeymoon two weeks later.

At the D23 Expo in August, the Parks and Recreation alum opened up about his marital bliss, telling Entertainment Tonight he considered himself a “lucky” man.

“God is good. I feel really good, really blessed,” he said. “Everything is great.”