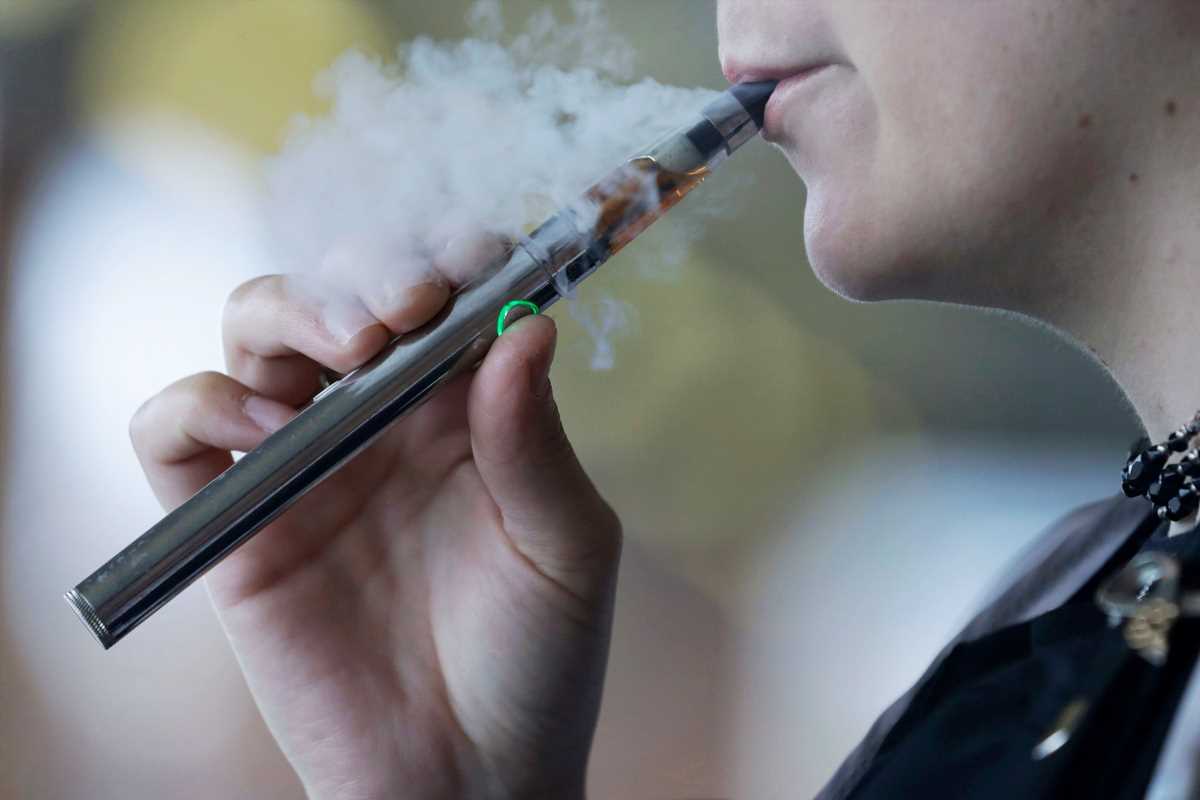 A 17-year-old boy living in Ontario was put on life support in September after developing a severe vaping-related illness, which researchers believe may be the first documented case of “popcorn lung” linked to e-cigarettes.

According to a study published Thursday in the Canadian Medical Association Journal, CT scans of the teenager’s lungs showed a different pattern of damage than is typically associated with the vaping illness EVALI, despite having the same symptoms.

As the study explained, in the more than 2,000 cases of lung illness related to vaping in the U.S., patients see damage to the tiny air sacs that pass oxygen and carbon dioxide in and out of their lungs.

In this case, however, the teen’s lungs had developed tiny nodules connected to longer bronchial “branches,” a “tree in bud” pattern.

That kind of damage is consistent with acute bronchiolitis, a very common type of infection similar to the common cold — but testing showed that it was not caused by a viral or bacterial infection.

The condition earned its nickname nearly two decades ago, when workers at a microwave popcorn factory developed the sickness. Doctors found it was due to inhaling diacetyl, a buttery flavoring used in the product.

Its use has since been discontinued by most major companies, but diacetyl is still used in some flavors for electronic cigarettes.

Researchers aren’t sure whether diacetyl was present in the e-liquids inhaled by the teen, since the products he vaped had been long discarded. They also couldn’t medically confirm he had “popcorn lung” because a surgical lung biopsy was deemed unsafe.

The teen had vaped heavily each day for five months before he first saw symptoms and said he usually cycled between green apple, cotton candy and “dew mountain” cartridge flavors purchased online.

He also told researchers he regularly added THC to his e-cigarettes, which the U.S. Centers for Disease Control said has been present in the vast majority of lung illness cases, around 86 percent.

After the teen started experiencing coughing, shortness of breath and fever symptoms, he went to the hospital and was given antibiotics and diagnosed with pneumonia. But his breathing difficulties only worsened as his lung function quickly deteriorated, bringing fatigue and nausea with it.

RELATED: How Dangerous Is Vaping? E-Cigarette Users ‘Should Worry’ About Rise in Lung Illnesses, Says Expert

After three weeks on high-level lung support, doctors transferred the teen to the lung transplant program at Toronto General Hospital.

Doctors scheduled a double lung transparent, but the teen started to recover with the help of high-dose steroids. He was released from the hospital 47 days later but still suffers from chronic lung damage.

“It was a relatively wild story; we have not seen something like this that often,” co-author of the study Dr. Tereza Martinu told NBC News. “The referring team was really worried that he was not going to make it.”

“What happened to him could happen to anyone,” Dr. Karen Bosma, lead author of the report, added.

The U.S. Food and Drug Administration has been evaluating whether to add diacetyl to the list of known harmful chemicals found in tobacco products.

Meanwhile, the CDC previously said that stopping teen e-cigarette use is one of their priorities.

“Any tobacco product use, including e-cigarettes, is unsafe, especially for youth,” CDC director Dr. Robert R. Redfield said in a statement. “Nicotine can harm the developing adolescent brain. We must do everything we can to reduce the use of e-cigarettes among middle and high school students to protect them from immediate lung injury and a lifetime of nicotine addiction.”