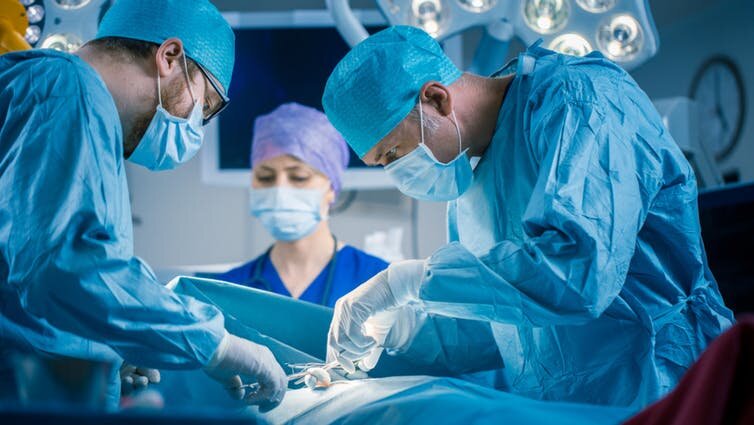 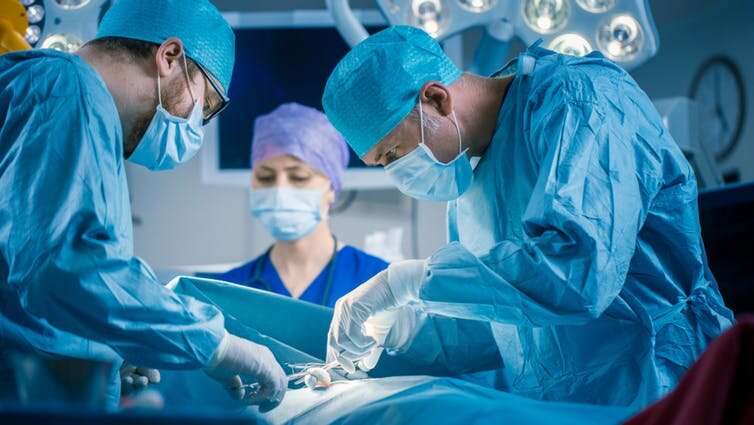 Australia has just suffered a severe flu season, with 299,211 laboratory-confirmed cases, at last count, and 662 deaths. This might be a sign of what’s to come for the UK and US as the virus spreads to the northern hemisphere.

Flu season in the UK runs from December to March, but can start as early as October, so finding ways to avoid catching the bug start around now. The usual method is to get the flu jab. But the flu vaccine is usually only around 15% effective, so people will be looking for a belt-and-braces approach to avoid getting infected.

The flu virus is mainly spread by droplets expelled from the mouths and noses of infected people when they cough, sneeze or talk. These droplets can spread up to six feet away.

It may seem intuitive that if you wear a surgical mask you could stop the virus from getting into your lungs. And certainly that’s how most masks are marketed online. One flu surgical face mask even boasts: “Protect against the Deadly H1N1 swine flu that has killed many world wide and other bacteria and viruses in the air.”

Surgical masks were first introduced in the operating theatre in the late 1800s, usually made out of two layers of gauze. The masks first found their public appeal during the Spanish flu outbreak of 1918—an epidemic that killed around 50 million people.

The logic of wearing a surgical mask must surely be: If it works for surgeons, it must work for me. The problem is, the mask isn’t intended to protect the surgeon. It’s intended to stop droplets from the surgeon’s mouth or nose getting into the patient’s wound and causing sepsis. But despite their use for more than a century, their prophylactic effectiveness is in doubt. Indeed, a recent study showed that surgical masks can be a source of bacterial contamination in the operating theatre. Although they are designed to trap bacteria shed by the surgeon’s nose and mouth, the study found bacteria on the exterior of used masks.

Surgical masks are sometimes referred to as courtesy masks, suggesting that some people wear them for the same altruistic reason surgeons wear them: to stop others getting their germs. But as the studies in operating theatres show, this benefit is dubious. And given that many people describe the flu as like being hit by a truck, it is unlikely that people will be strolling around town with a mask on when they’re at their most infectious – three to four days after symptoms begin. They’ll be tucked up in bed, sweating and aching.

One way masks could stop you getting the flu is by stopping your hand touching your mouth or nose. Aside from inhaling droplets, you can also get the flu from touching anything with the flu virus on it—the armrests on public transport, say—and then touching your face. And people touch their faces a lot without even realising it. A study from New South Wales found that people touch their faces about 23 times an hour.

There’s one weak point in this plan: you can also get the flu from touching your eye with your contaminated hand. And even to stop the hand to mouth/nose transmission, you’d have to wear a mask 24/7, regularly disposing of the old ones while trying to avoid touching your face. And wearing masks can feel unpleasant and make communication difficult. So they’re not very practical. One study found that only 21% of people are able to keep masks on for the recommended time.

A study that is often cited as evidence that surgical masks work is a randomised trial from 2009 that compared surgical masks with a specialist mask called an N95 respirator—a mask that fits snugly and filters at least 95% of very small (0.3 micron) particles.

The study, published in JAMA, found that surgical masks were as effective as N95 respirators at preventing the flu, which is to say, not all that effective because, of the 446 nurses who took part in this study, nearly one in four (24%) in the surgical mask group still got the flu as did 23% of those who wore the N95 respirator. And, because both groups wore masks, it’s impossible to say how they would have fared compared with not wearing a mask at all.

Basically, there is no strong evidence to support well people wearing surgical masks in public. Or as the US Centers for Disease Control and Prevention put it: “No recommendation can be made at this time for mask use in the community by asymptomatic persons, including those at high risk for complications, to prevent exposure to influenza viruses.”