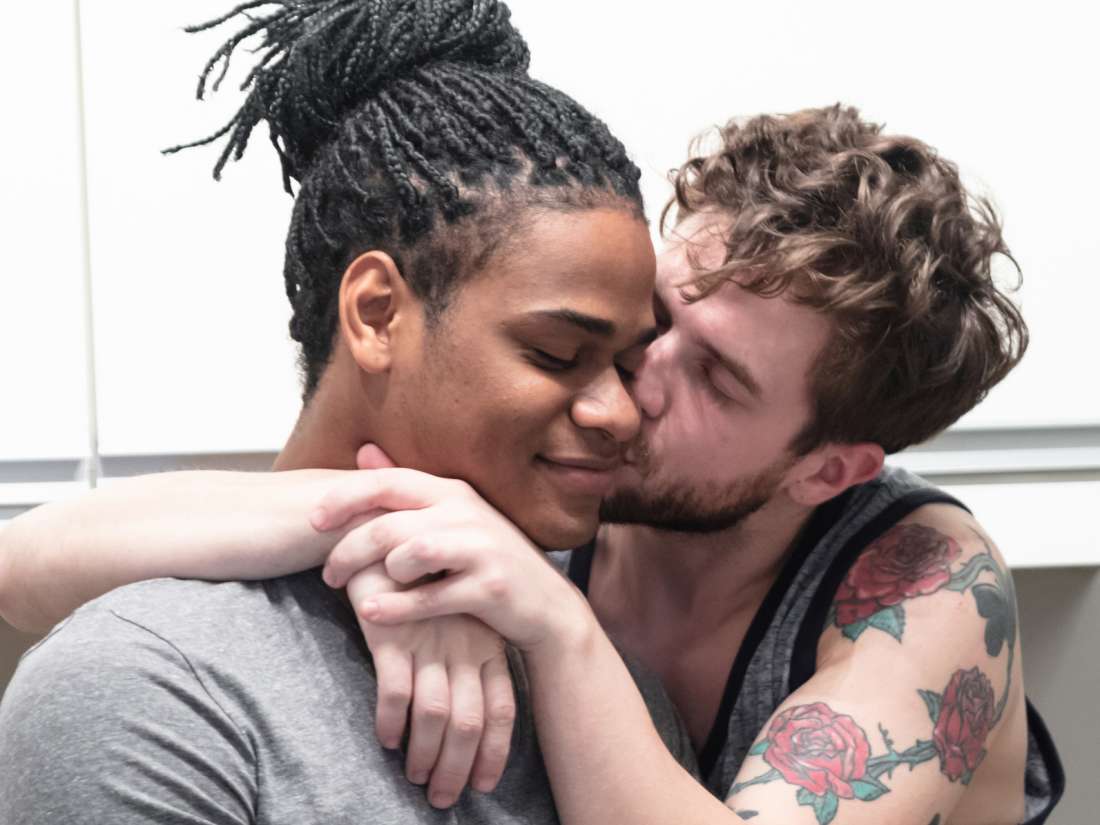 HIV is a virus that weakens the immune system, which can leave the body vulnerable to infections and diseases.

A person can transmit HIV through certain bodily fluids, such as blood, semen, and breast milk. HIV cannot survive in other body fluids, such as saliva, tears, or sweat unless blood containing HIV is also present.

This means that people are not at risk of contracting the virus if they kiss someone who has HIV.

This article will debunk the myth that people can contract HIV through kissing. We also discuss how HIV is and is not transmitted.

Can a person transmit HIV through kissing?

A person cannot transmit HIV through kissing because the virus is not present in saliva.

Saliva contains several proteins and enzymes that serve many different functions, such as beginning the digestion process, assisting in mouth lubrication, and even fighting off germs.

Secretory leukocyte protease inhibitor (SLPI) is an enzyme present in saliva, mucus, and seminal fluid. SLPI prevents HIV from infecting monocytes and T cells, which are types of white blood cell and part of the immune system.

Saliva contains much higher concentrations of SLPI than vaginal and rectal fluids. This may explain why HIV is mostly present in body fluids other than saliva.

Kissing a person living with HIV will not put someone at risk of contracting HIV. According to the Centers for Disease Control (CDC), a person cannot transmit HIV through saliva or closed-mouth kissing.

However, the CDC also state that in extremely rare cases, a person can transmit HIV through “deep, open-mouth kissing if both partners have sores or bleeding gums and blood from the HIV-positive partner gets into the bloodstream of the HIV-negative partner.”

HIV cannot survive long outside of the human body. This means that people cannot contract HIV from touching objects or surfaces that a person living with HIV handles.

Nor can someone transmit HIV through holding hands, hugging, or touching other people. It is important to remember that HIV transmission requires an exchange of body fluids that contain HIV.

HIV transmission can also not occur through:

There are no known cases of anyone contracting HIV from a tattoo or body piercings. However, it is possible to contract HIV from a reused needle or improperly sanitized equipment.

Many unfounded myths surround the transmission of HIV. However, a person can only transmit HIV through certain body fluids that contain HIV, such as blood, semen, and breast milk.

HIV cannot survive outside the body and is not present in other body fluids such as saliva, tears, or sweat. This means that a person cannot contract HIV through kissing, touching, hugging, or sharing toilet seats, foods, or drinks with someone living with HIV.