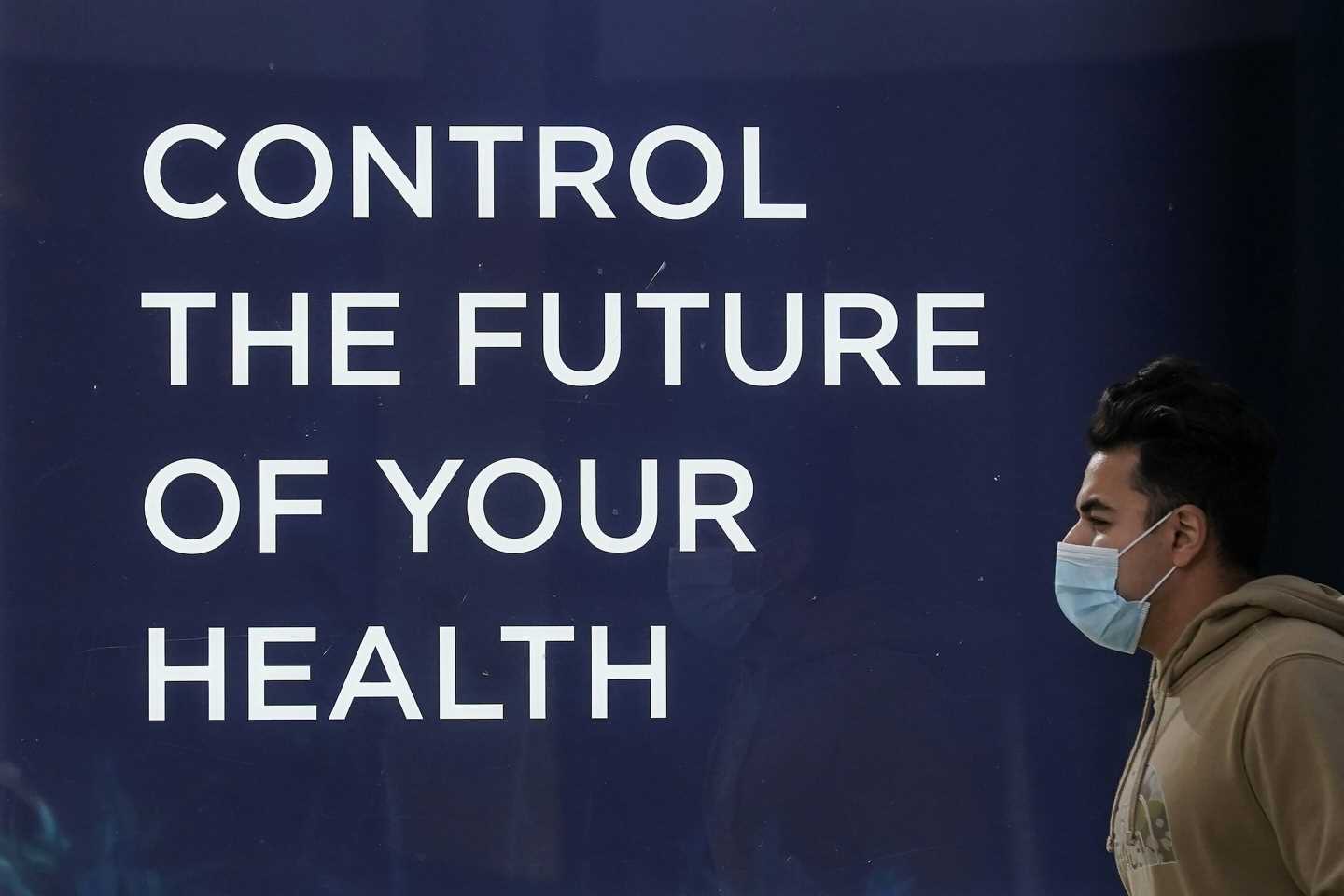 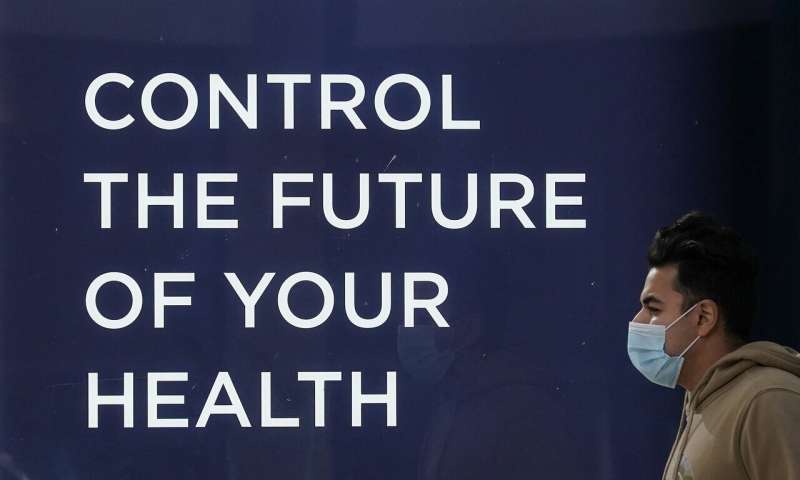 California surpassed 25,000 coronavirus deaths since the start of the pandemic and officials disclosed Thursday that three more cases involving a mutant variant of the virus have been confirmed in San Diego County.

The grim developments came as an ongoing surge swamps hospitals and pushes nurses and doctors to the breaking point as they brace for another likely increase after the holidays.

“We’re exhausted and it’s the calm before the storm,” said Jahmaal Willis, a nurse and emergency room leader at Providence St. Mary Medical Center in Apple Valley. “It’s like we’re fighting a war, a never-ending war, and we’re running out of ammo. We have to get it together before the next fight.”

Public health officials continued to plead with residents just hours before the start of 2021 not to gather for New Year’s Eve celebrations.

In Los Angeles County, where an average of six people die every hour from COVID-19, the Department of Public Health tweeted out snippets every 10 minutes on lives that have been lost.

“The hair stylist who worked for 20 years to finally open her own shop.”

“A grandmother who loved to sing to her grandchildren.”

“The bus driver who put her daughter through college and was beaming with pride.”

The tweets, which included messages to wear a mask, physically distance, stay home and “Slow the spread. Save a life,” came on a day when the county reported a record 290 deaths. That would be a rate of one death every five minutes, though it included a backlog. 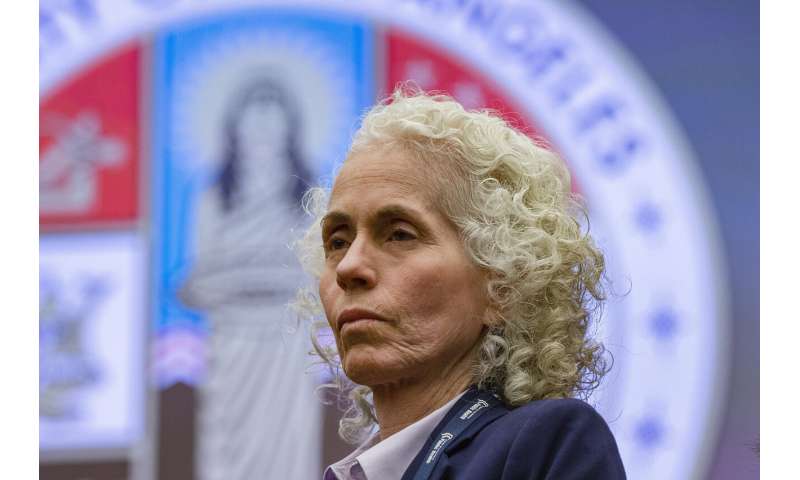 Los Angeles County, which has a quarter of the state’s 40 million residents, has had 40% of the deaths in California, the third state to reach the 25,000 death count. New York has had nearly 38,000 deaths, and Texas has had more than 27,000, according to a tally by Johns Hopkins University.

Infections are spreading rapidly. San Diego County confirmed Thursday that it had found a total of four cases of the virus variant that appears to be more contagious. A 30-year-old man tested positive for the variant on Wednesday and three more men—two in their 40s and one in his 50s—also have been confirmed to have the strain. Other cases involving the variant have been confirmed in Florida and Colorado.

At least two of the men in San Diego County hadn’t traveled outside of the country and none had “any known interaction with each other,” the county said. Officials believed many more cases will surface.

San Diego County also reported a record high number of new deaths in a single day at 62, well over the previous record of 39 reported only a week earlier.

Hospitals, particularly in Southern California and the agricultural San Joaquin Valley in the middle of the state, have been overrun with virus patients and don’t have any more intensive care unit beds for COVID-19 patients.

In Los Angeles County, hospitals have been pushed “to the brink of catastrophe,” said Dr. Christina Ghaly, health services director. “This is simply not sustainable. Not just for our hospitals, for our entire health system.” 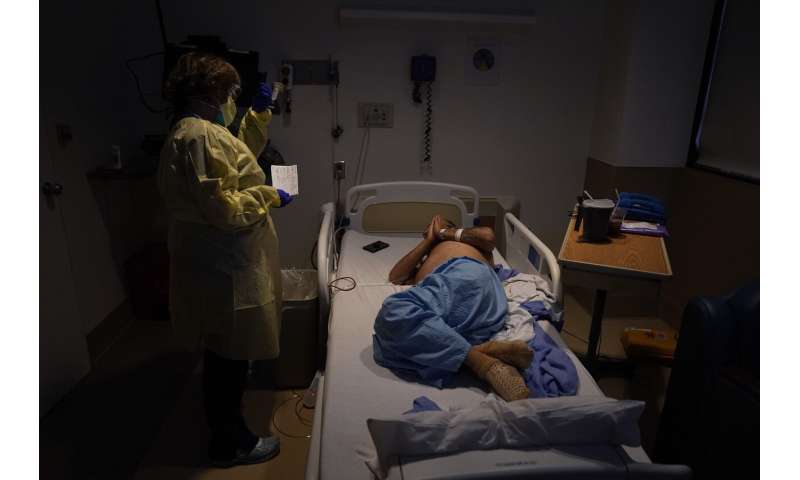 Cathy Chidester, director of the county’s Emergency Medical Services Agency, said hospitals are facing problems with oxygen with so many COVID-19 patients needing it because they are struggling to breathe. Older hospitals are having difficulty maintaining oxygen pressure in aging infrastructure and some are scrambling to locate additional oxygen tanks for discharged patients to take home.

Ambulances are being forced to wait in bays as long as eight hours before they can transfer patients inside hospitals—and in some cases, doctors are treating patients inside ambulances, she said.

At Providence St. Mary Medical Center, about 60 miles (100 kilometers) east of Los Angeles, there is a cacophany of alarms that sound when a patient’s heart stops and a constant hiss from the oxygen keeping so many alive, Willis said. The hospital has filled the triage area with beds and is assessing new arrivals in the parking lot. Three dozen patients were waiting to be admitted.

In Santa Clara County, home to Silicon Valley, only 8% of ICU beds were available, which is better than many places. Hospitals are still “stretched to the limit,” said Dr. Ahmad Kamal, county director of healthcare preparedness. 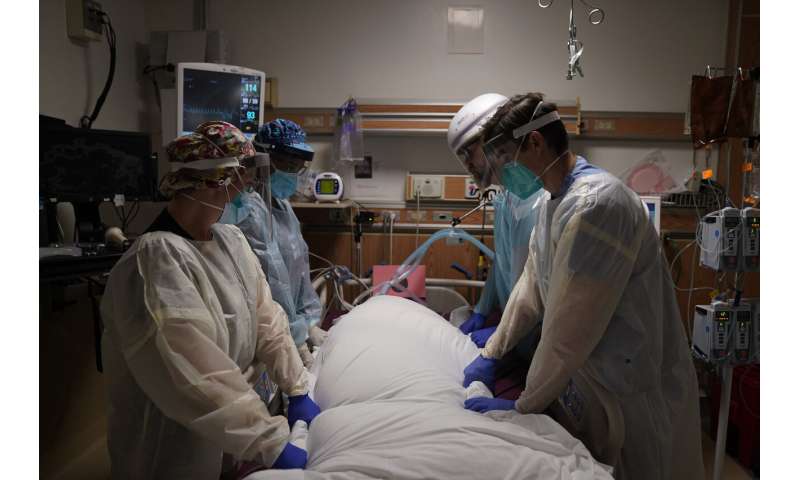 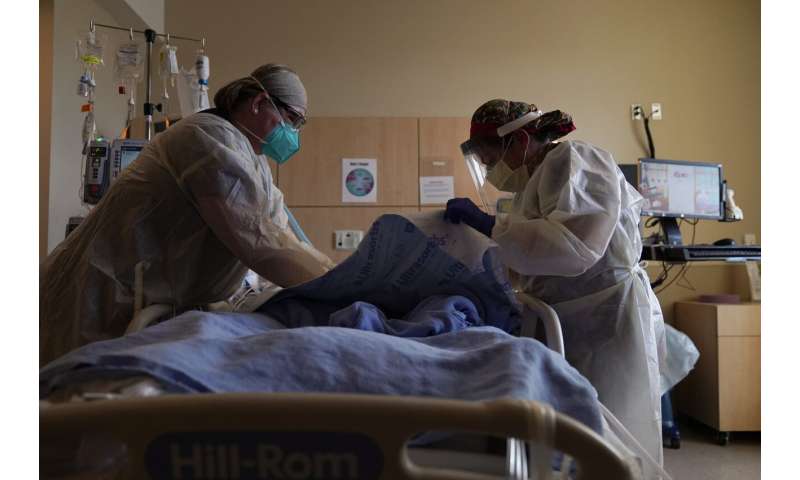 “What we are seeing now is not normal,” Kamal said. “It is an order of magnitude more than we saw just two months ago. We are not out of the woods. We are in the thick of the woods. And we all need to redouble our efforts.”

Kamal said the one bit of good news was that hospitals hadn’t felt the additional pressure of new cases after Christmas that they did after Thanksgiving, which has led to the current surge.

But public health officials fear a double-whammy from people who gathered at Christmas and New Year’s will create a surge upon a surge. They made their final pleas to persuade people to stay home on what is typically one of the biggest party nights of the year.

“We recognize the temptation and the frustration,” Los Angeles County Public Health Director Barbara Ferrer said. “You may simply want to stray for one night to celebrate with friends. However, all it takes is one slip to have one exposure and the coronavirus has found another host, another victim, and our dangerous surge continues.”

Most of the state is under a 10 p.m. curfew and newly extended restrictions that have closed or reduced capacity of businesses. People people are being urged to stay home as much as possible to try to slow the spread of infections.