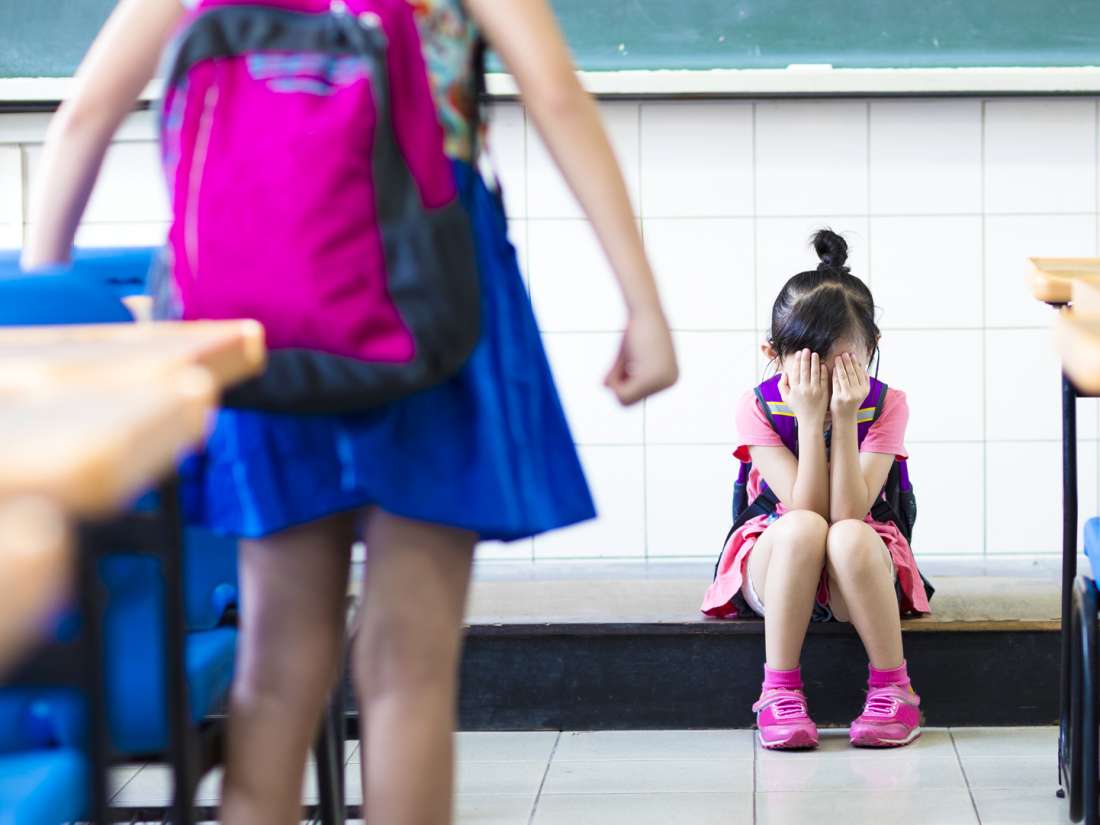 According to the National Center for Education Statistics and Bureau of Justice Statistics, between one and three students in the United States report being bullied at school.

In recent years, cyberbullying has become a widespread problem.

Cyberbullying is any bullying performed via cell phones, social media, or the Internet in general.

Such devices allow bullies to continue their harassment anonymously and at any time of the day.

Bullying has serious effects on health

One study revealed that childhood bullying has effects on health, and it can lead to significant costs for individuals, their families, and society at large.

In the U.S., researchers estimate that the prevention of high school bullying could result in lifetime benefits of over $1 million per individual.

New research now suggests that bullying may cause physical changes in the brain and increase the chance of mental illness. The study now appears in the journal Molecular Psychiatry.

Erin Burke Quinlan, of King’s College London in the United Kingdom, and colleagues conducted this study. They analyzed questionnaires and brain scans of more than 600 young people from different countries in Europe.

The participants were part of the IMAGEN long-term project. The goal of the study was to assess the brain development and mental health of young adults through questionnaires and high-resolution brain scans, taken when the participants were 14 and 19 years old.

The scientists found that more than 30 of the participants had experienced chronic bullying. Then, they compared the data with those of young people who had not been victims of chronic bullying.

The analysis showed that severe bullying was linked to changes in brain volume and levels of anxiety at age 19.

The brains of bullied adolescents

The study confirms the results of previous research that linked bullying with mental health issues — but it also revealed something new.

Bullying may decrease the volume of parts of the brain called the caudate and putamen.

The caudate plays a crucial role in how the brain learns — specifically how it process memories. This part of the brain uses information from past experiences to influence future actions and decisions. The putamen regulates movements and affects learning.

The authors say that the physical changes in the brains of adolescents who were constantly bullied partly explain the relationship between peer victimization and high anxiety levels at the age of 19.

“Although not classically considered relevant to anxiety, the importance of structural changes in the putamen and caudate to the development of anxiety most likely lies in their contribution to related behaviors such as reward sensitivity, motivation, conditioning, attention, and emotional processing.”

She explains that it is worrying that as many as 30 percent of young people could be bullied on an almost daily basis. Burke Quinlan also highlighted the importance of brain development during adolescence.

She also hopes to see more efforts to fight bullying in the future, as peer victimization is becoming a global problem that might lead to physical changes in the brain, widespread anxiety, and high costs for society.