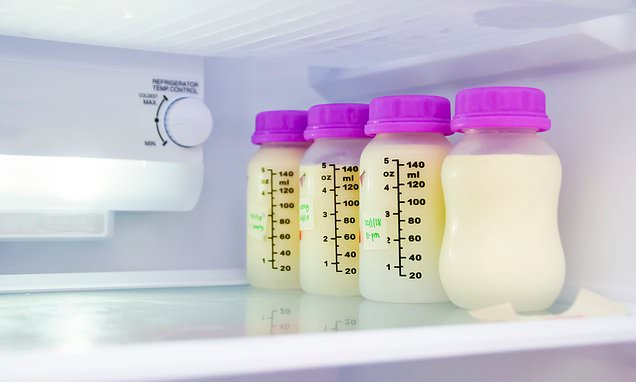 Babies are being WRONGLY diagnosed with milk allergies because of the influence of the baby formula industry, investigation claims

Babies are being wrongly diagnosed with milk allergy because of the influence of the baby formula industry, doctors claim.

An investigation by the British Medical Journal has revealed prescriptions for specialist formula in Britain have soared six-fold in a decade.

Experts say ‘overdiagnosis’ of cows’ milk protein allergy is the only explanation for the rise, warning that the number of babies who suffer from allergies could not possibly have risen so fast.

They claim the baby formula industry has a huge influence on the way the issue is dealt with in the NHS.

Even the guidelines which set out how milk allergy is diagnosed were funded by the formula industry, they say. 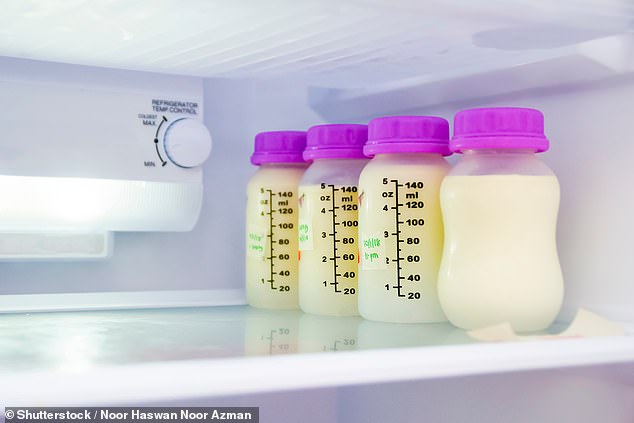 Doctors warned that wrongly diagnosing babies with a milk allergy is harmful, as it discourages mums from breastfeeding.

Dr Fiona Godlee, editor-in-chief of the BMJ, said: ‘The growth in prevalence of cows’ milk protein allergy [CMPA] has all the hallmarks of overdiagnosis fuelled by commercial interests.

‘We need tighter diagnostic criteria and guidelines drawn up by experts who are free from financial conflicts of interest.’

NHS spending on these products increased even more – from £8.1million to over £60million annually.

Nigel Rollins, of the World Health Organisation’s department of maternal, newborn, child, and adolescent health said: ‘It’s reasonable to question whether these increases reflect a true increase in prevalence.’

Dr Chris van Tulleken, an infection doctor at University College London Hospital, who carried out the investigation for the BMJ, said: ‘The extensive links between the formula industry and the research, guidelines, medical education, and public awareness efforts around CMPA have raised the question of industry-driven overdiagnosis.’

He said five of 11 authors of milk allergy guidelines drawn up NHS watchdog NICE in 2011 declared links to the formula industry.

International guidelines drawn up in 2007 and 2010 were funded by formula manufacturers.

And all five authors of the 2013 Milk Allergy in Primary Care guidance had links to the industry.

Breast milk contains antibodies passed on from the mother, which boost a baby’s immune system and help it fight infections and viruses.

There is also evidence that breastfed babies have higher IQs and are less at risk of obesity – because formula milk is higher in fat.

Breastfeeding is also deemed beneficial for the mother because it enables her to bond with the newborn.

It also enables her to lose weight, as nursing mothers burn up to 500 calories a day extra.

‘The Allergy Academy, which is sponsored by three infant formula manufacturers, delivers courses on Guy’s and St Thomas’ premises [in London],’ he wrote.

‘These are described by the trust as private ‘evidence-based training days for healthcare professionals.’

Guy’s and St Thomas’ said it had decided it would ‘no longer host events within trust facilities where any infant formula manufacturer is present’.

Dr van Tulleken suspects companies are using their specialist formulas as a ‘Trojan horse’ to create links with doctors for their normal baby formula products, which they are banned from marketing.

‘The belief that specialist formulas are exempt from the code may be enabling manufacturers to justify this network of links with clinicians and institutions to pursue a wider agenda,’ he wrote.

The World Health Orgnisation believes this is having an impact on breastfeeding rates.

Larry Grummer Strawn, a technical officer at WHO, said: ‘The influence that the formula industry has on young health professionals is likely an important reason for the lukewarm support for breastfeeding that we often encounter.’

Professor Anthony Costello, an expert in child health at University College London, added: ‘In the UK we have one of the lowest breastfeeding rates in the world.’

The industry last night defended its practices, insisting it has a legitimate role to play in research and the education of healthcare professionals.

Declan O’Brien, director general of the British Specialist Nutrition Association, whose members include Danone Nutricia, Mead Johnson and Nestlé, said: ‘We recognise the need to put in place policies to ensure that potential conflicts of interest can be managed and avoided.

‘The measures in the Infant Formula Industry Code are in line with the WHO Code, UK regulations, the Association of the British Pharmaceutical Industry code and General Medical Council guidance.’