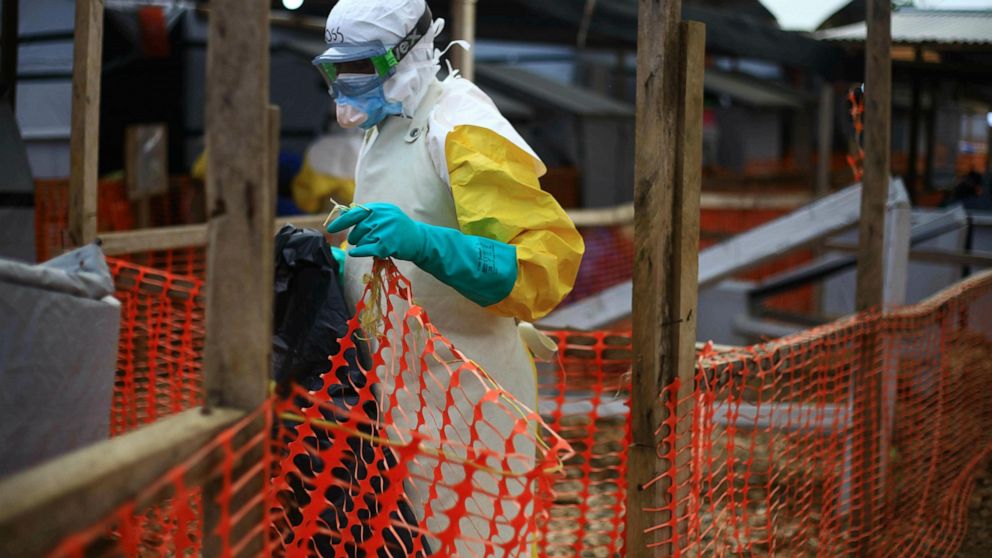 Attackers stormed a hospital at the epicenter of Congos Ebola outbreak and killed a dear colleague, the head of the World Health Organization said Friday as he condemned the latest violence against health workers trying to contain the virus.

WHO Director-General Tedros Adhanom Ghebreyesus said in a Twitter post that others were injured in the attack Friday in Butembo, a city in eastern Congo.

We are outraged, he said.

The worlds response to the second-deadliest Ebola outbreak in history has been hampered by a series of deadly attacks on health centers in Butembo and elsewhere that have disrupted medical care and vaccination efforts, leading to a rise in new Ebola cases in the sprawling African nation.

Butembos deputy mayor, Patrick Kambale Tsiko, identified the slain WHO staffer as a doctor from Cameroon and blamed a militia group for the attack. He said the militiamen erroneously believed that foreigners had brought the disease with them to Congo.

According to witnesses at the scene, these militiamen wanted all the expatriates to go home because according to them, Ebola does not exist in Butembo, Tsiko said. They said they will continue if these expatriates do not return as soon as possible.

Congos health ministry confirmed the assault on the Catholic University of Graben hospital. One aid group, the International Rescue Committee, said the hospital held only non-Ebola patients and many of them fled during the attack.

Dozens of rebel groups are active in eastern Congo. There also has been some community resistance to Ebola containment efforts in a traumatized, wary region that had never faced an outbreak of the virus before.

Ebola can spread quickly and can be fatal in up to 90 of cases. The hemorrhagic fever is most often spread by close contact with the bodily fluids of people exhibiting symptoms or with objects such as sheets that have been contaminated.

Health Minister Dr. Oly Ilunga said in a tweet that local and international health workers are courageously combating the virus, sometimes at the cost of their lives.

The attack came three days after President Felix Tshisekedi visited the Ebola outbreak zone, pledging more military and police protection for health workers and asking residents for their cooperation. The president hoped to see the outbreak contained in less than three months, although some health experts estimate it could take much longer.

Robert Kitchen, senior vice president for emergencies with the International Rescue Committee, predicted it could take at least another year to contain the Ebola outbreak without a significant change in community engagement and understanding. He said such attacks on health workers are increasingly common.

This month could see the highest rate of Ebola transmission yet, Kitchen said, adding the trajectory of this outbreak is alarming.

Since the Ebola outbreak in Congo was declared in August, there have been more than 1,300 confirmed and probable cases, including 843 deaths, the health ministry said Thursday.

More than 102,000 people have received an experimental but effective Ebola vaccine.