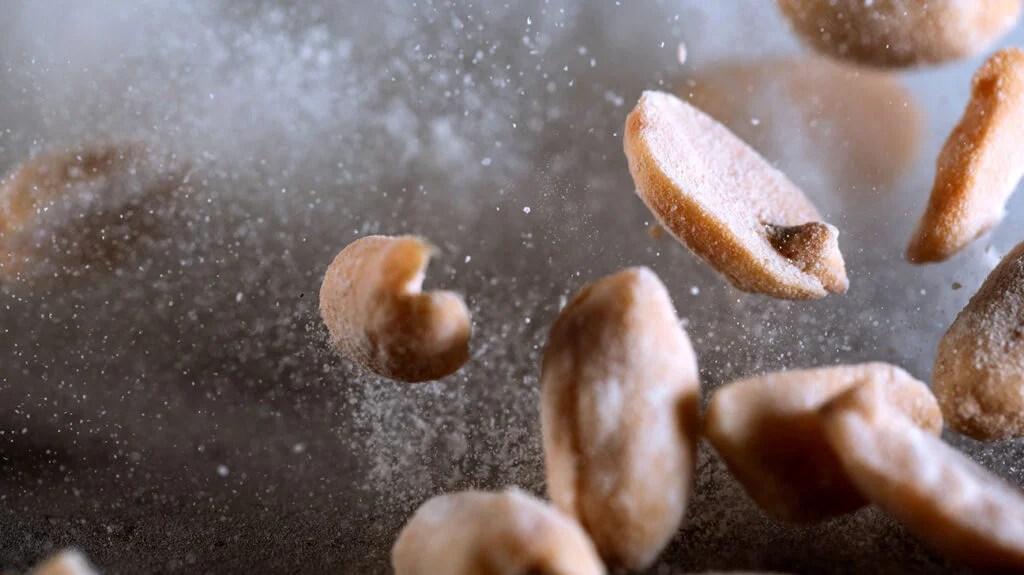 Diet influences the kinds of bacteria that live in the gut. These bacteria are linked to multiple health measures, including glycemic control, which is important for regulating blood sugar levels, immune response, and cardiovascular risk factors.

Meanwhile, a systematic review of nut consumption found that almonds, walnuts, hazelnuts, and pistachios increase gut bacteria diversity. Until now, however, no studies have examined the effects of peanuts on the microbiome.

Further study of the effects of dietary agents such as herbs, spices, and peanuts on gut bacteria could help inform preventive healthcare strategies and therapeutics.

Recently, researchers conducted two studies investigating how the consumption of peanuts, herbs, and spices affects the gut microbiome. They found that all three ingredients increased gut bacteria diversity after just 4-6 weeks of consumption.

The studies were published in The Journal of Nutritionand Clinical Nutrition.

A teaspoon of herbs and spices

To investigate the effects of herbs and spices on the microbiome, the researchers recruited 54 adults with an average age of 45. All participants had obesity or overweight and had at least one other cardiovascular risk factor, such as elevated glucose or triglycerides.

The researchers provided 48 participants with the same diet for four weeks alongside one of three doses of spices and herbs: 0.5g per day, 3.3g per day, or 6.6 grams per day.

The participants ate all three quantities of herbs and spices for four weeks with a two-week ‘washout’ period in between. Spices included cinnamon, ginger, cumin, turmeric, rosemary, oregano, basil, and thyme.

They provided fecal samples at the start of the study and the end of each diet period.

The researchers found that consuming 3.3 grams or 6.6 grams of herbs or spices per day increased levels of the Ruminococcaceae bacteria.

How many grams of peanuts?

For the peanut study, the researchers recruited 50 adults who had elevated fasting glucose levels and were either overweight or obese.

They asked the participants to consume either 28 grams of peanuts or crackers and cheese every day as an evening snack.

All participants tried both diets for six weeks with a four-week washout period in between. The researchers collected fecal samples from the participants at the start of the study and at the end of each dietary intervention.

They found that those who ate peanuts had higher levels of Ruminococcaceae bacteria in their fecal samples than those who ate crackers and cheese.

They noted further noted that those who ate peanuts also had higher levels of Roseburia bacteria than at the start of the study.

Studies suggest that Roseburia is linked to weight loss and reduced glucose intolerance.

How diet can change the gut microbiome

When asked about the health benefits of Ruminococcaceae, Dr. Lona Sandon, associate professor at the Department of Clinical Nutrition, School of Health Professions at U.T. Southwestern Medical Center, who was not involved in the study, told Medical News Today that the studies did not specifically look at the health benefits of these ingredients.

“However, it appears that Ruminococcaceae increases bacteria that produce butyrate, a short-chain fatty acid that, when produced in higher amounts, may help control appetite, energy balance, and improve blood glucose,” said Dr. Sandon.

How peanuts and herbs might increase gut microbiome diversity is not yet quite clear.

“In addition to being a source of protein and healthy fats, peanuts are also a source of fiber. Bacteria in the gut feed on fiber. With more fiber in the diet, more bacteria and greater variety of bacteria can thrive in the gut,” Dr. Sandon said.

“As for herbs and spices, the theory is that the polyphenolic compounds, chemical substances found in herbs and spices and also foods like dark cocoa, wine, grapes, berries, and cherries, provide a source of food or help to create an environment in the gut that supports the growth of a greater variety of bacteria,” she added.

“Polyphenols [in peanuts, herbs, and spices] are known to promote health in various ways, such as reducing cancer risk or lowering inflammation. It may be that the way in which they work to promote health is through changes in the gut microbiome.”
— Dr. Lona Sandon

The researchers concluded that adding small quantities of peanuts, herbs, or spices to the diet could increase the abundance of certain gut bacteria.

What this means for overall health

The researchers noted, however, that further research is needed to know how an increased abundance of these bacteria might impact overall health.

“[This makes] makes it difficult to conclude what might happen long-term. Also, the studies were not specifically looking for health effects but rather aiming to determine how the change in diet affected the microbiome. We cannot make conclusions about impacts on health from these findings,” she said.

MNT also spoke with Dr. Dana Ellis Hunnes, assistant professor at UCLA Fielding School of Public Health, who was not involved in the study. Dr. Hunnes is also the author of Recipe for Survival: What You Can Do to Live a Healthier and More Environmentally Friendly Life.

She noted that another limitation of the studies is their limited focus i.e., on just peanuts as opposed to a wider variety of tree nuts or legumes.

“I would love to see a future study that looks at overall diet quality and not just one specific food or nutrient, otherwise known as “nutritional reductionism” or nutritionism,” she said.

She also noted that the studies were funded by the industries themselves: The Peanut Institute, a non-profit organization that encourages healthful lifestyles that include peanut consumption, and spice and herb company McCormick.

“[This doesn’t mean the [studies are bad], it just means that they have a stake in the results,” she noted.