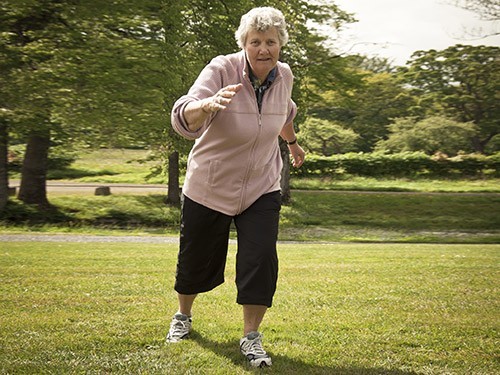 Regular exercise throughout life for decades to rejuvenate the body, says a new study by University of ball state (Ball State University) published in Journal of Applied Physiology.

Researchers recruited people who for several decades was regularly Jogging, Cycling, swimming or any other physical activity. The average study participant is a lifelong athlete, who trains as a hobby and dedicates to the sport about five days a week, for a total of about seven hours.

Studying constantly trained seventy years, the researchers found that their ability of their heart and lungs, and muscular form like a healthy forty people.

Exercise wins this is key, We saw that people who exercise regularly year after year have the best overall health. The 75-year-old men and women have the same cardiovascular health as 40-45-year-old, said the head of the research group Scott Trappe (Scott Trappe).

The cardiovascular health of participants was evaluated as follows by using exercise bike determined VO2max (the maximum amount of oxygen that a person can use during intense exercise, and aerobic endurance). Also each participant was biopsied muscle to determine capillarisation and activity of aerobic enzymes.

As a rule, after 30 years, VO2max declines about 10% every 10 years. The increasing decline in VO2max is directly related to the increased risk of multiple chronic diseases, mortality and loss of independence.

The researchers also divided the male subjects into two groups:

For some variables the productive group had some indicators that were superior to the fitness of people, and cardiovascular ability was one of them, said Trappe. But things like the health of muscles and capillaries to maintain blood flow was equivalent between the two groups. Higher intensity does not necessarily put them at a higher place.

The study provided a unique opportunity to assess the physiological benefit of a lifetime of aerobic exercise, comparing the 70-year-old athletes with their younger colleagues and sedentary peers.

Really interesting in this study was that these people came from the generation of the training boom, which really began in the 1970s when Jogging and tennis have become massively popular, shared Trappes.

Although young people can cope with more intensive workouts, many 70-year-old managed to find new ways to support health at a high level, concluded the researchers. Thus, for each person, 30-60 minutes of exercise a day is key to healthy life.