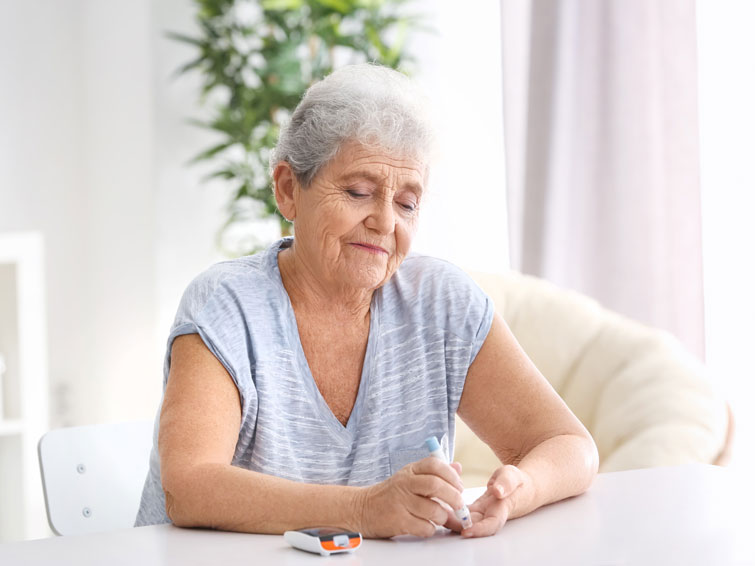 The number of people with type 2 Diabetes in Germany could rise in the next 20 years, up to twelve million. The German Diabetes center (DDZ) reported extensive calculations.

Type 2 Diabetes will affect in the coming years, a lot more people than previously thought: researchers from The DDZ assume that the number of Sufferers is expected to increase until 2040, 10.7 to 12.3 million. So far, they went from an increase of 6.9 million Patients in the year 2015 and to 8.3 million in 2040. "In previous forecasts, only certain age groups have been taken into account either or temporal developments for the mortality rate, as well as to new cases not included in the calculation,” explains Dr. Ralph Brinks, head of the study at the DDZ. In the new calculations, the researchers take into account the latest developments in terms of emerging cases, increasing life expectancy and decreasing mortality rate due to medical advances. As a result, the case settled numbers can be more accurately determined than in the previous projection studies.

"According to these calculations, practices and clinics will have to adjust even more than previously thought on the treatment of older people with type 2 Diabetes,” says Professor Michael Roden, member of the Board of the DDZ and the Director of the clinic for endocrinology and diabetology at University hospital Düsseldorf. Most of the future case will depend in the number of how many people will develop the disease in the next two decades, in fact, new to Diabetes. This is a size that could be influenced by prevention measures in a positive light.