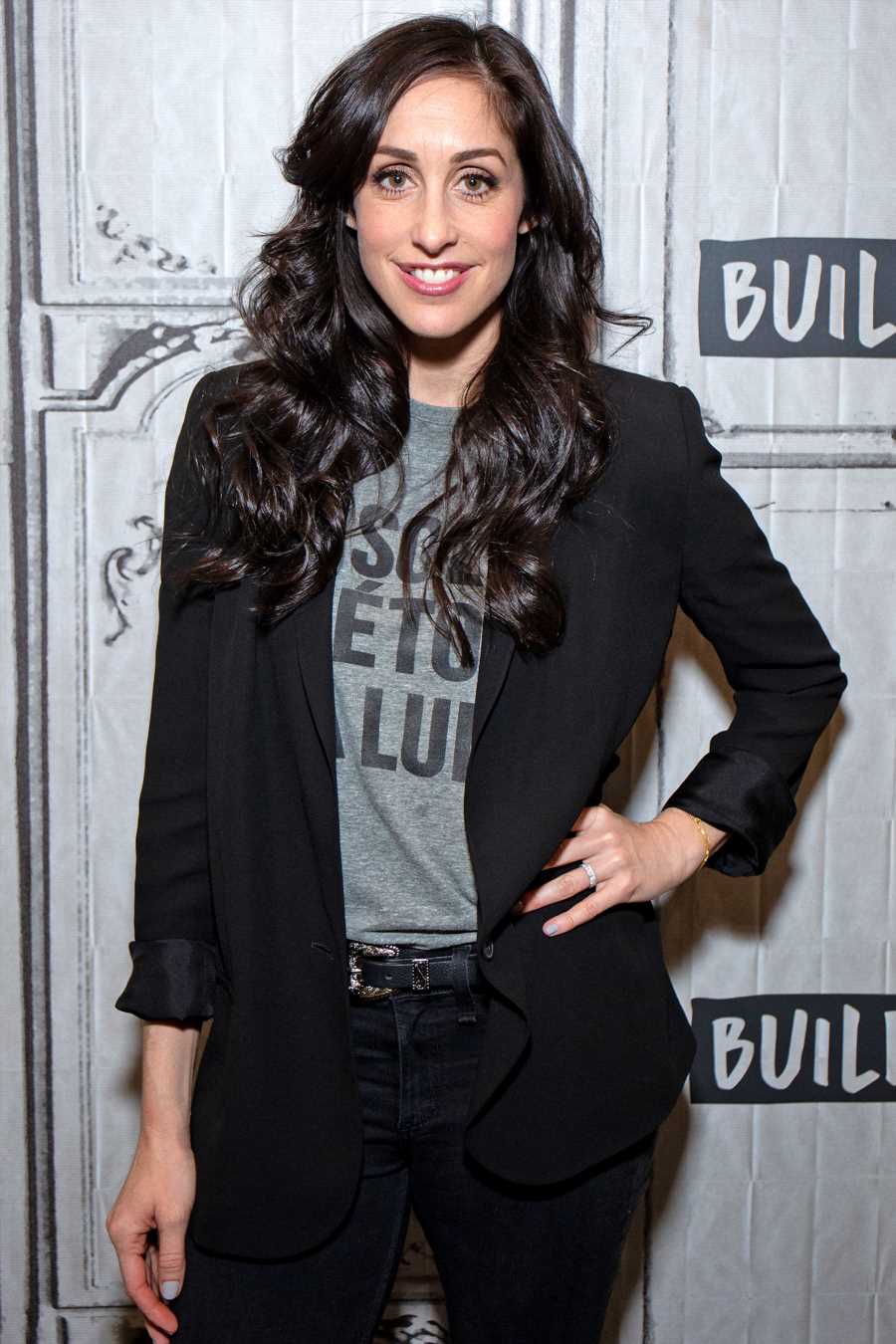 If there’s anyone who knows what it’s like to be a working mom, it’s Catherine Reitman.

With the release of Workin’ Moms’ second season on Netflix, Reitman, who co-created the show with husband Philip Sternberg, opened up to PEOPLE about her own struggles as a working mother and the inspiration behind her hit show.

Before the show’s conception — they’re currently filming its fourth season — and after the birth of her first son Jackson, Reitman struggled with her new full-time career: being a mother.

“I remember feeling like I didn’t know who I was anymore,” says Reitman, who is open about suffering from “brutal” post-partum depression.

Reitman, who acts, writes, show-runs and directs Workin’ Moms, remembers not being with her son just six weeks after giving birth. And even worse, being absent on her first-ever Mother’s Day.

“I felt this toll in me that I’d never felt before,” she explains. “It’s not just guilt, it’s like an identity crisis feeling that I’ve never heard anyone speak about before.”

Then, Sternberg encouraged her to get a pen and paper and write about it.

“Now, four seasons later, I’ve got this TV show that I’m so proud of, because I feel like it is such a representation of my own painful experiences as a working mother,” she says.

Creating this show became a way for Reitman to cope with her own depression and gave her the ability to control how she felt.

“Our pain doesn’t have to be handled in one certain way,” she explains. “We have the authority to laugh at our own pain if we choose to. By being able to write comedy based on my own darkness, on something that I felt really ashamed of, was incredibly liberating and empowering.”

After a successful three seasons in Canada with a mostly woman-led crew, Reitman explains that she was surprised to see how relatable the show was for other people.

“They were saying wonderful things about how they felt seen for the first time,” she explains.

With Netflix viewers fully introduced to her character Kate Foster, she says she’s ready for the world to see the second season.

“In season one, we talked about all sorts of subjects that we didn’t even know how people would react,” she explains. “And now that I have that confirmation that people are connecting with these characters, I know they’re going to fall so deeply in love.”

With the success of the show and her husband’s extensive involvement, Reitman explains that she makes a concerted effort to spend time with her children — Liam, 3, and Jackson, 6 — but says that work “is part of my identity.”

“It’s around the clock,” she says. “Once we’re in the bedroom, we can’t talk about work anymore or if we must, we just check in with each other on when it’s okay to talk work and when to shift back to parent mode.”

Along with being there as parents, Sternberg and Reitman make sure to go into “boyfriend-girlfriend mode” and try to have date nights where they prioritize each other.

“My big priority [with the kids] was to be like ‘I work. That’s part of our world and that’s why we have all the nice things that we have.’” she explains. “But also that Mommy loves going to work, that it’s not associated with shame and guilt, but that it’s associated with going after your dreams, and they can give you so much pleasure.”

After the long work weeks and 16 to 18 hour days, the daughter of Ghostbusters director Ivan Reitman says the best way to spend time with her kids is by “just being lazy with them!”

“I’m letting them play and jump all over me and trying to laugh and being a good, present parent, which can be very challenging when you work these hours,” she explains. “I walk them to the park. Sometimes I’m just dragging them on errands. All the things that normal moms do.”

The first two seasons of Workin’ Moms are now available on Netflix.