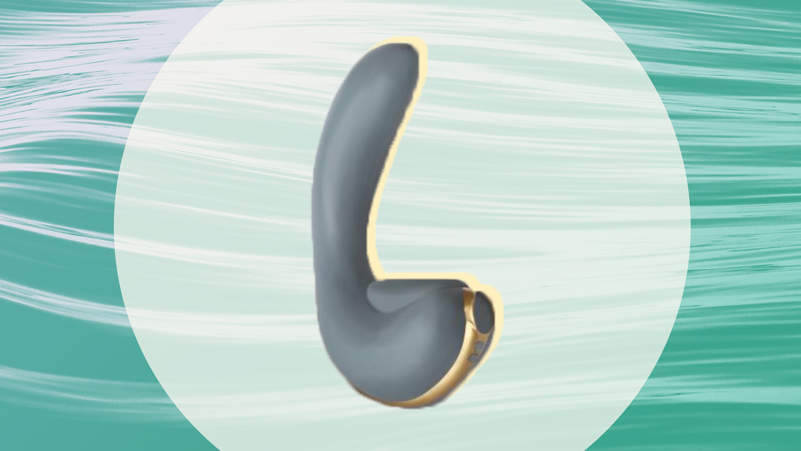 Sex tech company Lora DiCarlo recently received some great news: One of their sex toys had been selected as a CES 2019 Innovation Awards Honoree in the Robotics and Drone category. Pretty cool, right?

But about a month later, the brand got an about-face. The organizers behind CES revoked the award, citing the product as “immoral, obscene, indecent, profane or not in keeping with CTA’s image.” Uh, really?

If you haven’t heard of CES (or the Consumer Electronic Show), it’s a highly anticipated annual conference spotlighting cutting-edge consumer tech. The sex toy Lora DiCarlo submitted sounds like a perfect fit for the show. Called the Osé, it’s a hands-free, adaptable device that uses “advanced micro-robotics” to mimic “all of the sensations of a human mouth, tongue, and fingers, for an experience that feels just like a real partner.”

It’s this mostly woman-led company’s debut product, and yeah, we’re looking forward to trying it too.

So why was the award revoked and a product that empowers female sexuality and enhances sexual health called out as obscene and profane? Maybe it had something to do with the fact that the CES appears to cater largely to men. Just two of this year’s 15 keynote speakers were women, along with only about 20% of total attendees. Other signs also seem to indicate that sexism played a role as well.

After Lora DiCarlo submitted the Osé for the CES awards, it was vetted by administrators from the organization that puts on CES, called the Consumer Technology Association (CTA). It was then judged by an independent panel, which deemed the product a winner.

“Lora DiCarlo joined a small percentage of other products that were awarded such a coveted honor each year; this feather in our collective cap made years of research and engineering even more worthwhile and further validated our vision for creating innovative, inclusive products that change lives. My team rejoiced and celebrated,” Lora Haddock, the company’s founder and CEO, wrote in a blog post.

Of course, the celebration was cut short when Haddock got notice the award had been revoked because of the product’s so-called profanity. But then CTA backtracked. Haddock received a letter from Gary Shapiro, CTA president and CEO, and Karen Chupka, executive VP, which said the Osé was actually ineligible for the robotics and drone category entirely.

“Seriously? Our product that was designed in partnership with a top university robotics engineering laboratory (Oregon State University has ranked the #4 ranked Robotics Lab in the US), inspiring the genesis of OSU Professor John Parmigiani’s Prototype Development Lab,” Haddock wrote in the blog post.

“Osé is the subject of eight pending patents and counting for robotics, biomimicry, and engineering feats,” she continued. “We have a team of absolute genius woman and LGBTQI engineers (and a few wonderful men) working on every aspect of this product—including a Doctor of Mechanical Engineering with expertise in Robotics and AI and a Mechanical Design Engineer who specializes in Material Science with a background in Chemistry. Osé clearly fits the Robotics and Drone category—and CTA’s own expert judges agree.”

Just 20 women and 69 men made up the overall pool of CES judges this year. Only three judges, however, are assigned to each category, and the specific assignments have not been made public. CTA’s executive board is also male-dominated, with three women and five men serving. Of the organization’s three division chairs, two are female and one is male, and the members at large are made up of one woman and six men.

If you ask us, a product designed to empower women’s sexuality and health is far from “profane,” and as Haddock made clear in her blog post, it practically screams robotics. (We reached out to the CTA for comment but have yet to hear back.)

“At its core these biases smother innovation by blocking access to funding, exposure, and consumers that could take brands and products to the next level,” Haddock wrote. “You never know how technology can be used, the future of healthcare might well be in the patent for a sex toy. But if CES and CTA are so intent on keeping women and sex tech out, we’ll never find out.”