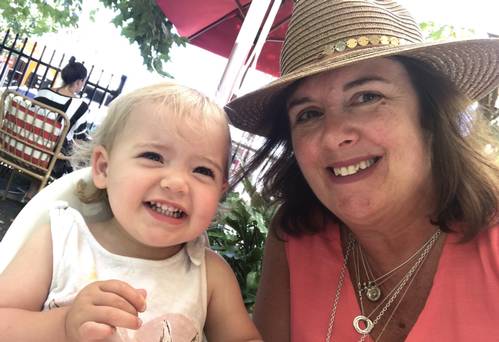 It’s high summer in Australia, too high in some territories where they are sweltering in the heat, but nevertheless, it’s holiday time Down Under and the Aussies are busy being famously laid back and making the very most of their fabulous outdoor lifestyle.

Tomorrow is also Australia Day, which kicks off a weekend’s celebrations for our Antipodean friends. January 26 commemorates the arrival of the first convict ships from Great Britain in 1788 and the raising of the Union Jack marking a new colony. Of course, the Aboriginals had been there for over 60,000 years, so Australia Day is not without its tensions, as many of the native peoples still find it hard to celebrate the invasion of their country. Nevertheless, Australia Day is essentially like an Aussie Paddy’s Day, albeit with more sun and probably less alcohol, as Australians, especially newly-minted ones and families, gather to enjoy the day on the beach and the fireworks after sunset. Meanwhile, deep in suburban Dublin there is a middle-aged woman wondering how she should mark the day. She isn’t Australian and, until a few years ago, had no feelings one way or the other about the continent Down Under. In fact, if anything, she often wondered if she might be a bit Spanish. There is something about Spain that always tugged at her soul and each time she visits there, she has a vague feeling of homecoming. A Spanish sailor in her ancestry perhaps? In the fashion of the Armada that is, and not Sharon Curley. But I digress. The woman in suburbia has recently developed a somewhat odd sense of being a kind of semi-detached Australian. She is aware that she now has skin in the Australian game, so to speak. Her life has become inextricably linked with the fortunes of the continent – Australia is now her second country; you know, the one she would cheer for in Eurovision for example, once Ireland was no longer a viable option.

How has this happened? Well, because 18 months ago, she acquired an Australian family member. A very close family member. Her first grandchild, Emilee, born to two Irish parents in Perth in the Antipodean winter of 2017; the first person in her family to be an Australian, a fact she still finds most odd. For the last year and a half, she has beaten a path across the world to visit Perth and her precious granddaughter three times. She no longer feels like a tourist there. She ‘visits’, as opposed to ‘holidays’. She cooks dinner there, she drives there, she is almost as familiar with the supermarket layout there as she is with her local Dunnes Stores. She feels somewhat at home there.

But being here in Ireland, while Australia celebrates all that’s great about being Australia, the grandmother feels that she should, at the very least, have a wee Aussie flag to signify a kind of familial twinning of the suburb of Karrinyup in Perth with Cabinteely in Co Dublin.

Of course, the grandmother I write of is me. And I am keenly aware that I am only one of thousands of grandmothers in this country whose children left here in the aftermath of the economic meltdown a decade or so ago and who have now settled abroad and are raising families in countries that, up until a few years ago, were very foreign to us. I had never any real interest in visiting Australia and now it’s like my second home. I think that I should, at the very least, be given some kind of honorary Australian recognition because not only have I gifted them my daughter but now I have also bestowed on them one of their next generation. A baby Australian. And that’s a big deal.

So, what to do? I won’t fire up the barby as it’s a bit cold, I won’t enjoy a kangaroo steak as I am vegetarian. I won’t even crack open a fabulous bottle of wine from Margaret River as I don’t drink. But maybe I will bake a cake or some banana bread (Australia does the best banana bread) and toast my new-found second country with a nice cup of tea and a ‘good on ya, ‘Stralia’. And then I will toast all the families here who have new little Australian members Down Under. I am sure that just like me, this wasn’t something they anticipated when their offspring boarded their flights some years back.

So Australia, Happy birthday. It’s been great getting to know you. But just a gentle word. You are holding these new families in our trust, please continue to look after them, especially the new baby Australians, well, baby Irish Australians.