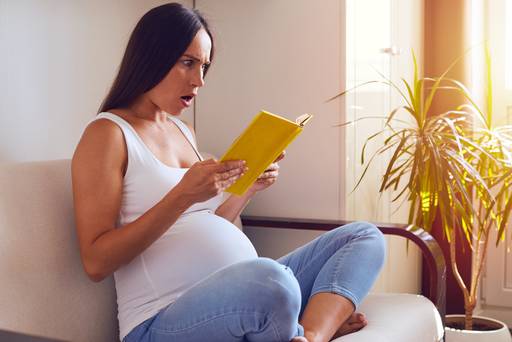 They say having a baby changes everything — from relationships to lifestyle, from more responsibility to less disposable income. One of the biggest changes, however, is the change that occurs to a new mother’s body.

While the big breasts and swollen ankles of pregnancy are well documented, the postpartum body of a woman is much less common knowledge — even among mothers. This gap in information may, in part, be attributed to the fact that a woman’s health often becomes secondary to their baby’s; the careful and regular monitoring of the woman during pregnancy ends when their baby is born.

Now, a new online resource is available to fill this knowledge gap. Developed by the School of Nursing and Midwifery at Trinity College Dublin from the findings of the Maternal Health and Maternal Morbidity in Ireland (MAMMI) study, the suite of free internet courses and resources aimed at women, mothers and healthcare professionals is designed to break the silence around embarrassing or sensitive health issues that new mothers experience.

The educational materials aim to bring care home to women by offering them evidence-based content on postnatal maternal health in the form of videos, articles, interactive activities and coached tasks.

With every topic from incontinence to mental health covered, new mothers are guided through their symptoms and various actions they can take. Mothers can learn how to look after their own mental and physical health and know when to seek help.

One participant in the study, Naomi Donaldson from Dublin, believes it is an invaluable resource.

“Every question I had as a new mother felt like a stupid question to me,” she said.

“I felt I was the only one experiencing motherhood as I did. I realised through the MAMMI study that for the most part, everyone is going through the same thing. Those ‘stupid questions’ aren’t stupid at all and they are answered within the new online resources.

“If the resources had been available when I had my baby, they would have allowed me to prepare myself for the loneliness, isolation and guilt you feel as a new mum.”

A post-baby body can offer up so much more than a few extra pounds and sore nipples. From big feet to pelvic pain, the following are some of the unexpected ways a woman’s body can change after they have a baby:

Involuntary leakage of urine is a common effect resulting from pushing a whole person out of your body. Vaginal delivery can weaken the muscles needed for bladder control and can damage nerves and supportive tissue. Among the MAMMI participants, 41pc reported incontinence a year postpartum.

Something as simple as a sneaky sneeze or big laugh can trigger leakage.

Singer Adele reported that her voice became lower while she was pregnant with her son Angelo (now aged seven).

Last year, researchers at the University of Sussex determined that the pitch of new mothers’ voices do indeed drop and become monotonous after their first baby — and it’s all down to hormones. Lead researcher of the study, Dr Kasia Pisanski, said when revealing their findings: “We know that after pregnancy, there’s a sharp drop in the levels of key sex hormones, and that this could influence vocal fold dynamics and vocal control.”

Dr Pisanski does add that the “voice masculinising” is temporary and voices return to previous levels after about a year.

We can credit this hormonal activity with one of Adele’s greatest hits.

“My voice got a lot lower which is why Skyfall is so low — I couldn’t get up there for the high notes,” the singer said.

This is pain at the back or sometimes at the front of the pelvis, or both, caused by a stiffness of your pelvic joints or the joints moving unevenly.

While common in pregnancy (68.8pc of MAMMI participants experienced it), it can last even after childbirth (33.3pc were still suffering it a year postpartum). In the study, women with persistent PGP after the birth said they don’t feel back to normal but just put up with the pain.

From the initial swell after conception to the engorgement of milk coming in just days after the birth, breasts really are put through the mill when it comes to having a baby. Add in the pains of breastfeeding and the growing and shrinking of breasts that come with it, it’s no wonder you go through every bra size from A to G.

But the lasting change that occurs is ‘ptosis’, or as it’s more commonly known, saggy breasts. During pregnancy, the ligaments that support your breasts can stretch as your breasts get fuller and heavier, and they droop. Unfortunately, once drooped, they will not perk up again.

Lumpy, sore, blue veins can occur during pregnancy due to increased blood circulation and the relaxing effect of progesterone on blood vessels. While they appear primarily in legs, they can also manifest on the vulva and in the vagina.

They usually disappear by 12 months after childbirth, but in some cases, they can be permanent. Surgery can remove them.

Some women may notice pink or red stretch marks during pregnancy. These are caused by your skin stretching over your growing body, usually on tummy, buttocks thighs and breasts. Stretch marks never completely disappear, but they do fade to lighter streaks over time. A lot of women will have a permanently wider vagina after delivering a baby — not surprising given the size of a baby. Kegel exercises can help tone the vaginal muscles, but it’s likely your vagina will never return to its pre-birth shape.

During pregnancy, women may go up a whole shoe size — and the effect can be permanent. The extra weight that women carry while pregnant can flatten out the foot’s arch.

Also, the hormone relaxin loosens ligaments which also contributes to more spread-out feet. Even after you lose the weight and relaxin production stops, feet remain bigger.

Keira Knightley has said that after having her first daughter Edie (now aged four), her hair became 10 times thicker. Some experts believe that this change in hair texture is down to hormones. After the postpartum thinning out of hair, new hairs grow and as they’re completely new hairs, they can be thinner, thicker or of different texture — it all depends on each mother’s genes.

Sexual health problems such as painful sex, changes in libido and vaginal dryness are common during and after pregnancy. Among the MAMMI study participants, 30.1pc experienced painful intercourse six months postpartum, while 18.3pc experienced it a year postpartum.