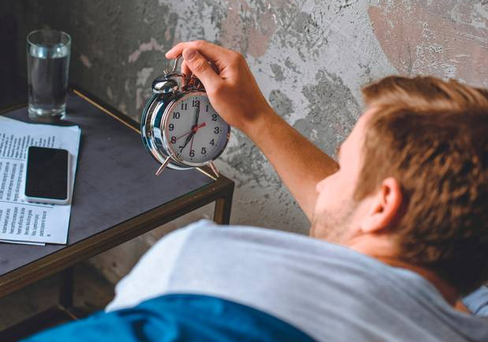 Question: My son is 17 and has just started fifth year. For the past year, he has had difficulty sleeping. It’s either taking him ages to go to sleep or he wakes several times during the night. There seems to be nothing stressing him that would stand out to me. He turns off his phone/electronics by 10pm, but most evenings he’s so tired coming in from school he goes up to bed straight away after dinner. I’m afraid it’s gone on so long it won’t be easy to reverse. Do you think this is the case or are there other things I can try?

Feeling too hot, too cold, too restricted by bedclothes and so on, is often too distracting for us, and the discomfort can often keep us awake. So, in the first instance, he needs to make sure he is physically comfortable. Sometimes too, we can feel physically rundown when we are working hard and it may be worth a trip to the GP for some blood tests to check his levels of iron, vitamin D and other such nutrients, as he may be out of balance. Your GP may then be able to recommend any supplements that will help him.

You mention that nothing seems to be stressing him, but if he is so tired coming in from school, it may be that he is finding the step-up to fifth year to be, perhaps, more overwhelming than you or he may have expected.

When it comes to feeling at ease, it may be that the workload, or the pressures, of school do play on his mind, such that he is finding it hard to switch off at night-time. He may be finding that thoughts keep running around in his head, distracting him and preventing him from sleeping. Do discuss this in more detail with him, because if he is experiencing stress then there are ways that he can choose to deal with it.

One of the best psychological ways of addressing stress is to learn meditation and mindfulness techniques. There are many to choose from; guided visualisation is a favourite of mine. Guided visualisation involves creating rich imaginary journeys, where we visualise ourselves walking in nature or involved in some activity. The focus on the imagined scenes, using all of our senses, is very effective in taking our minds off our current worries or troubles. Any meditation technique, however, has the potential to help with creating more of a sense of ease at bedtime.

However, what really stands out for me, in your description of his sleep habits, is the fact that he is going up to bed so early. If he falls asleep for a while, when he goes up mid-evening, then he may well struggle to get back asleep later when it is actually bedtime.

If he wants to deal with his sleep then, he might need to make a quite radical readjustment to his current habits. That may involve staying up (and downstairs), doing his “activities” in other parts of the house, such that his bedroom becomes his sanctuary that is just used for sleeping.