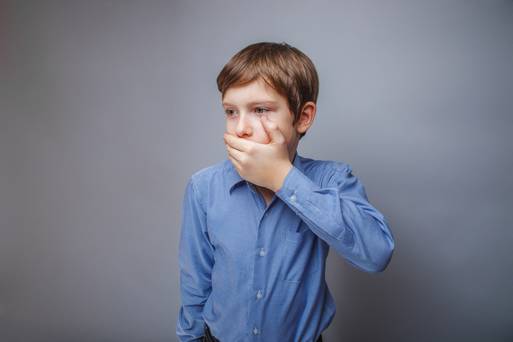 Q I recently found a note that my nine-year-old son wrote. In it he said that he worries a lot. When I asked him what it is that he worries about, he said he worries that either my husband or I won’t be there to collect him from after-school care. We have always collected him on a daily basis. I’m just wondering if we should be concerned and also what can we do to prevent him from worrying unnecessarily.

David Coleman replies:  Every child is going to worry about something at some stage. Anxiety is a natural, even an important, part of everyday life. Our anxieties often serve to sharpen our thinking, or take preventative measures to protect ourselves from potentially dangerous situations.

The problems emerge for children when their worries seem excessive, intrusive and disrupt their everyday lives. Your son’s worries, for example, would be much more problematic if they prevented him from going to school or after-school because he was so afraid of being “abandoned” by you and his dad.

For now, those worries represent a fairly normal anxiety about separation, and a recognition, by your son that he feels most secure and safe when you and/or his dad are there with him.

It could be that he is experiencing a developmental shift, entering pre-adolescence and times of change can often provoke anxiety. I don’t think you need to be overly concerned about the fact that he is worried, in the way you describe, as I think he can easily be helped to understand, and continue to deal with it.

I have developed an online training course for parents and adults to help children cope with their worries and anxieties. You might be interested in a fully comprehensive, structured programme to support you. It’s called “Scared Kids: Helping Children Cope with Anxiety”. A Google search of “Scared Kids David Coleman” will pull up the link for you.

In the meantime, it sounds like your son just really wants you to know that he thinks about you and recognises how important you are to him, when you are away from him. His note invites you to try to understand his worry, validate it, and then let him know that your goal is always to be there to pick him up.

It is often tempting for parents to try to solve children’s problems. In doing so, we run the risk of dis-empowering them, such that they never learn to solve their own problems. As long as we are always willing to listen to their problems, we can find that they are actually quite good at solving them themselves, or with our shared help.

Don’t be in a hurry to try to over-reassure him either. Part of what he needs to learn is that it is okay to feel a bit worried and that even when he is worried he still copes really well on a day-to-day basis.

You might like to help him work out what he currently does to cope with his worries, since, even though he has them, he seems to be coping well enough.