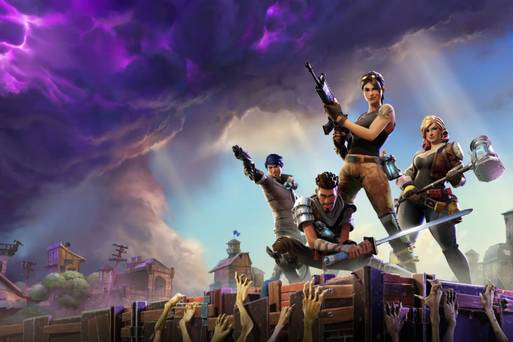 Question: At Christmas, after lots of persuasion, we agreed to let our nine-year-old son play Fortnite – on the condition that his behaviour doesn’t change after playing it. As you can guess, his behaviour has changed. When it’s time to get off it, he loses his mind. It’s really affecting the whole family dynamic. Some of his friends appear to have unlimited access to the game, they could be on it all day and they’ve stopped playing soccer or any outdoor games. We’d like to continue giving him the opportunity to play Fortnite with his friends, but how can we help him to change his post-gaming behaviour?

David replies: There are a few steps to take to help him manage his behaviour. The first stage is to clarify, for yourselves, the initial agreement that you came to, with him, about what ground rules would be in place when you first allowed him to play Fortnite. Check, for yourselves, that you are sticking to any commitments you gave him and then establish the exact nature and frequency with which he is not sticking by his commitments.

That might mean listing the number of times he has “lost his mind” and cataloguing the intensity of those outbursts. Be clear about what impact it has on others in the family (for example, upsetting younger siblings, creating poor role-modelling leading to new angry outbursts in siblings). Have these examples clearly set out and well-defined so that you can easily present them to him.

At that stage you are ready to sit down with him and discuss the problems you are having. Lay out the original plan, and your observations of where the plan isn’t working. Encourage him to give his views about the plan and how well everyone is sticking to it.

If the biggest issue that you can all agree on is that he gets really upset and angry at the ending of his time, you do need to specify for him what counts as “losing his mind”. You may even want to record, in advance, one or two of the incidents, for him to see for himself the specific behaviour that is problematic (shouting, hitting out, whining, demanding, blocking you from switching off machines etc.).

If he accepts that these behaviours are problematic and don’t fit with the original plan then you can simply ask him to stop them.

Awareness of the problem is enough for some children to be able to address it. You can also explain to him that if he can’t manage to stop them himself, that you will help him by removing the source of the frustration. In other words, if he has a meltdown one day, then he loses his privilege of playing Fortnite the next time he was due to be allowed to play.

It is important that you are consistent, and not angry or cruel about the manner in which you enforce the consequence, if it needs to be enforced. You can understand that he might be frustrated and disappointed that his time is ending. You also need to remember that his adrenalin levels will be high from the game-playing itself. With that in mind, you will need to help him manage the transition from the game back to the real world by giving him advance notice that his time is coming to a close, by being warm and understanding in your tone of voice when talking to him (empathising about it being hard to stop playing), giving him a warning if he appears to be about to “lose his mind” and by having something else nice or fun that might distract him in the minutes after he finishes.

If, even with this kind of support, he can’t stop “losing his mind” you may have to decide to remove Fortnite altogether.