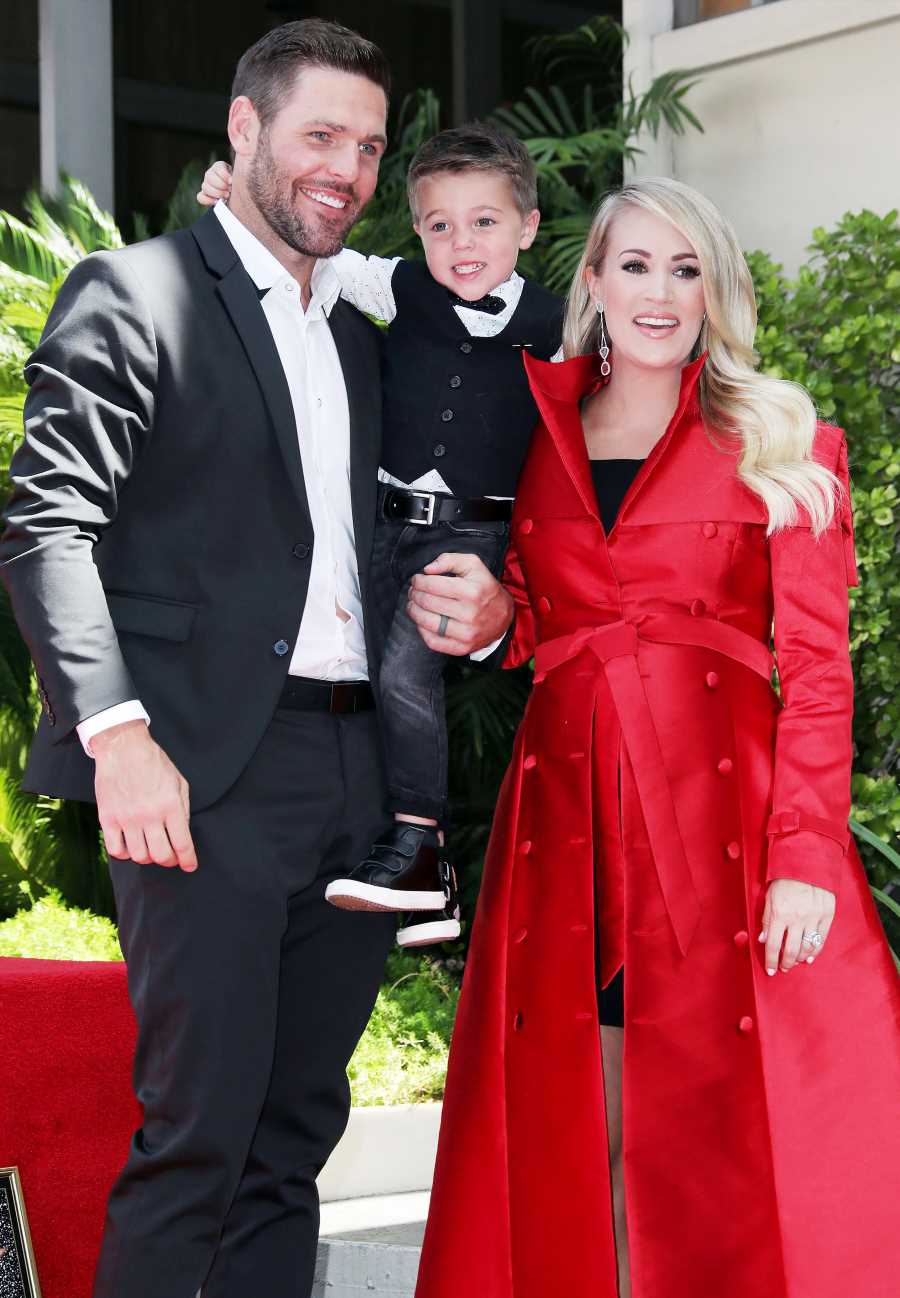 Carrie Underwood‘s son Isaiah loves being on the road with his mom!

The singer, 36, raved about her 4-year-old and his excitement for her Cry Pretty 360 Tour during an appearance on The Late Show with Stephen Colbert Thursday.

“They love it. Well, I mean, Jake would be fine no matter where we were,” Underwood said of her sons Isaiah and 8-month-old Jacob.

“Somebody recently called [Isaiah] ‘The Mayor of Catering’ because he’s just like, ‘Hi, everybody!’ and loves seeing everyone,” the mom of two shared. “He’s got his little scooter he rides around the venues in. He’s such a people guy. So he’s living the dream.”

Underwood previously told PEOPLE that traveling with her husband Mike Fisher and their kids is a “big awesome mess.”

Also during her Late Show interview, Underwood recalled taking her first-ever plane ride after successfully auditioning for American Idol, which occurred 15 years ago.

“I don’t really know what I thought was going to come of it,” she said of her try out. “It was just kinda like I saw the auditions on the news happening in other towns, so I thought, ‘Why not?’ It worked out all right.”

The star, who was in her early 20s at the time, received a ticket to Hollywood and was instructed to fly out to Los Angeles for more auditions.

“I was by myself and there was a lot of connecting flights to get there,” she remembered. “One plane was late, so I, like, missed the next plane… I’m, like, on the phone with whoever our contact person was, like, ‘Please don’t kick me off the show!’ But I made it!”

And fast forward to the present day, Underwood is headlining her sixth tour across the country and internationally.

In addition, she will be co-hosting the Country Music Association Awards for the 12th time. This year she will share emcee duties with Reba McEntire and Dolly Parton.