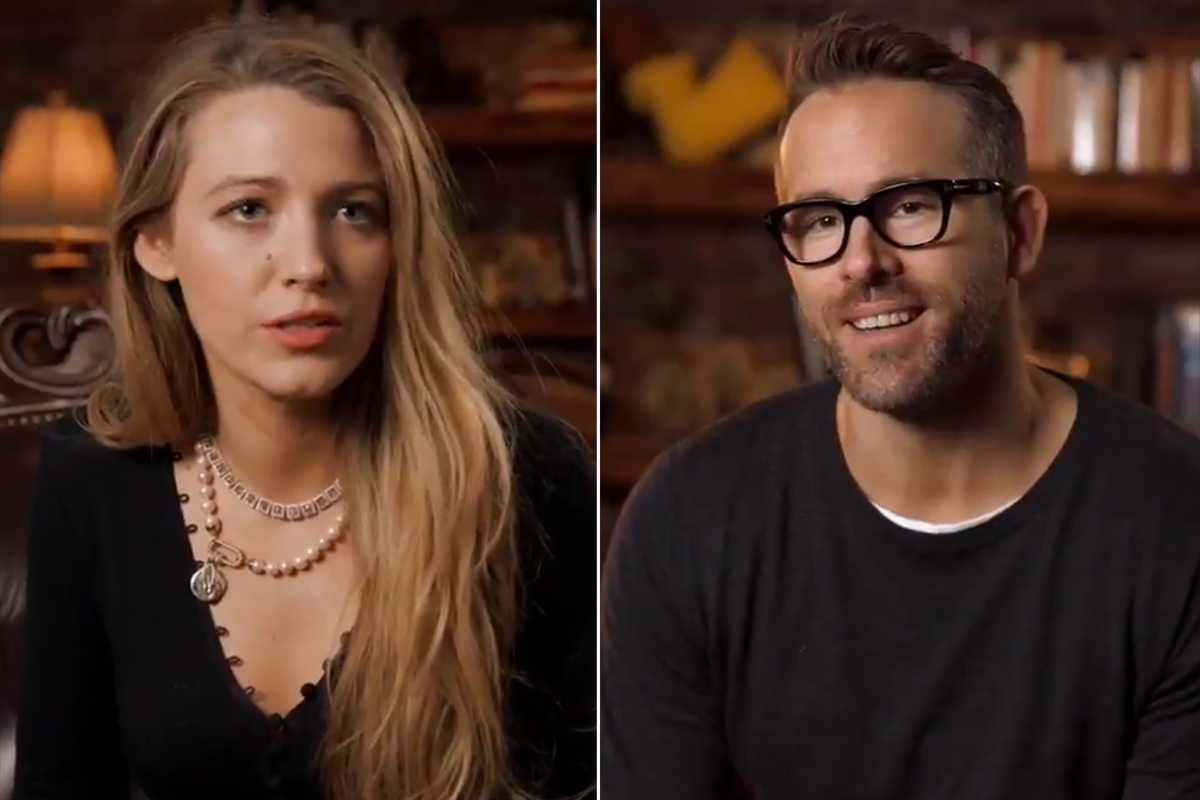 One thing’s for sure: Ryan Reynolds isn’t afraid to fully commit to a character.

In a hilarious promo video for his upcoming animated feature Pokémon: Detective Pikachu, dubbed Outside the Actors Studio, the father of two describes his process of “vanish[ing] into my roles.”

“I was on my way to pick up my daughters from school when I heard that I got the role,” Reynolds says of Inez, 2, and James, 4. “I didn’t show up at school because Detective Pikachu, he doesn’t know who those two little girls are. Who are they?”

The video then shows Reynolds’ wife, Blake Lively, who tells the camera, “They’re our daughters. He just left them.”

“He doesn’t have a wife,” continues Reynolds, 42. “He’s a little yellow guy. He lives in Ryme City in a briar patch or something.”

“I immersed myself completely in the world of Pokémon. I read about him,” adds the star, joking, “I live at his height. I tried to lose 182 lbs. to match his weight until doctors intervened.”

“I mean, he didn’t even change his voice,” counters Lively, 31. “It just sounds like him.”

“The point is, my daughters, they may never see their dad again, but you can be damn sure that they’re up at that big screen this summer and they’re gonna see Detective Pikachu,” Reynolds continues.

Says the A Simple Favor actress with a laugh, “We’re not going.”

The Deadpool 2 star has joked in the past about how being a dad has made him a “better person,” teasing to Ellen DeGeneres during a visit to her show in December that “I sort of miss being horrible.”

And while he loves being a father, that doesn’t mean it comes without difficulties. “It’s hard. It’s always a challenge, with two kids,” Reynolds said, joking, “I think of blinking now like tiny little breaks.”